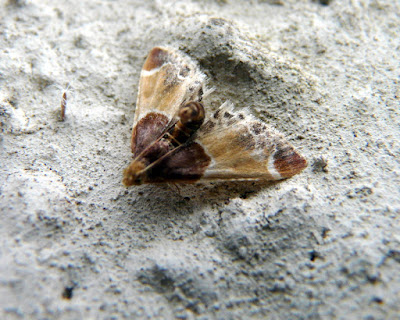 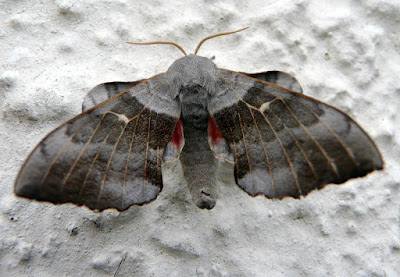 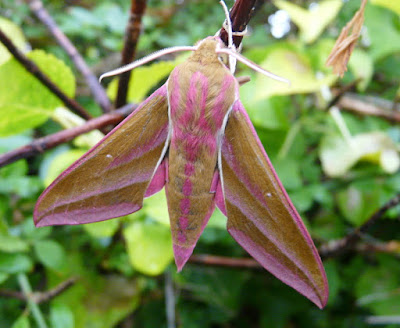 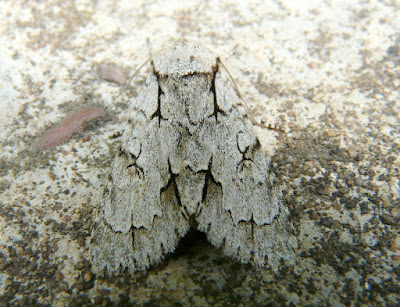 Grey or Dark Dagger - the two are only safely separable by examining the genitalia. 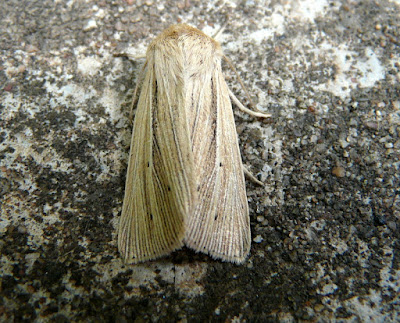 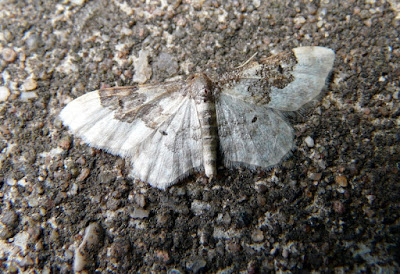 Least Carpet - probably the best of last night's catch. I'm not sure of the status of this moth in Devon at the moment. When I trapped my first, nine years ago, it was considered a bit of a scarcity but moth populations can change so rapidly it might be a lot more common now. Anybody know? 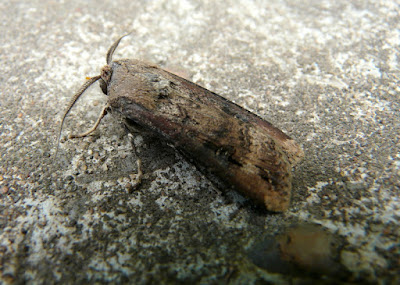 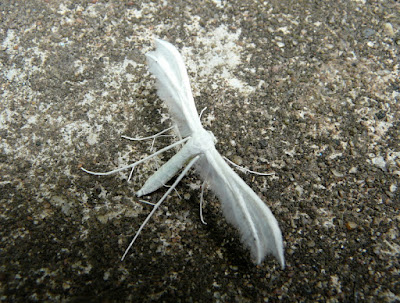 White Plume Moth - 'Dulux' white and feathery! The caterpillars feed on bindweed - something we've got plenty of out the back. 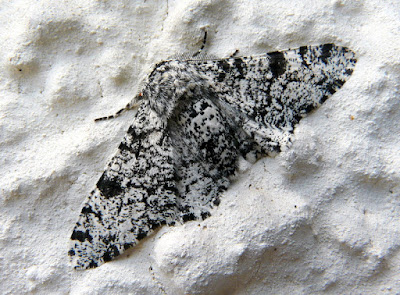