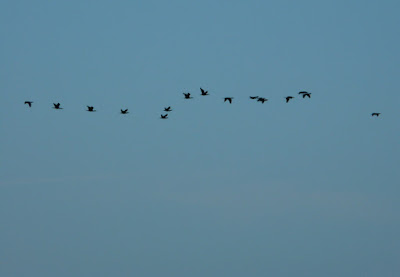 A flock of 16 cormorants flies in towards the river mouth.
Highlight this morning was a second-summer little gull feeding around the buoys off Maer Rocks. It is presumably the bird that was seen at the Warren a few days ago. Also this morning 16+ common tern, c100+ sandwich tern, 3 arctic skuas lingering, 5+ mediterranean gull, c15+ common scoter and a rock pipit. A juvenile yellow-legged gull was on Warren Point along with 7+ dunlin, c20+ sanderling and good numbers of terns. 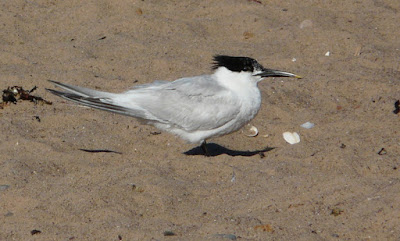 Both common and sandwich terns were resting on the beach by the Lifeboat Station this morning but I only managed photos of the latter. 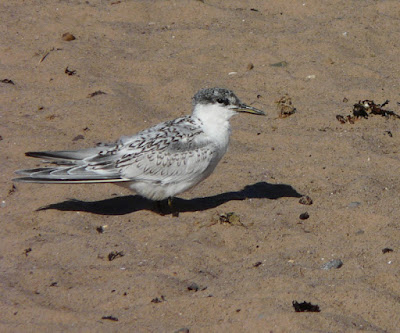 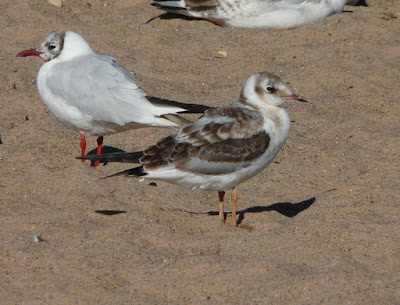