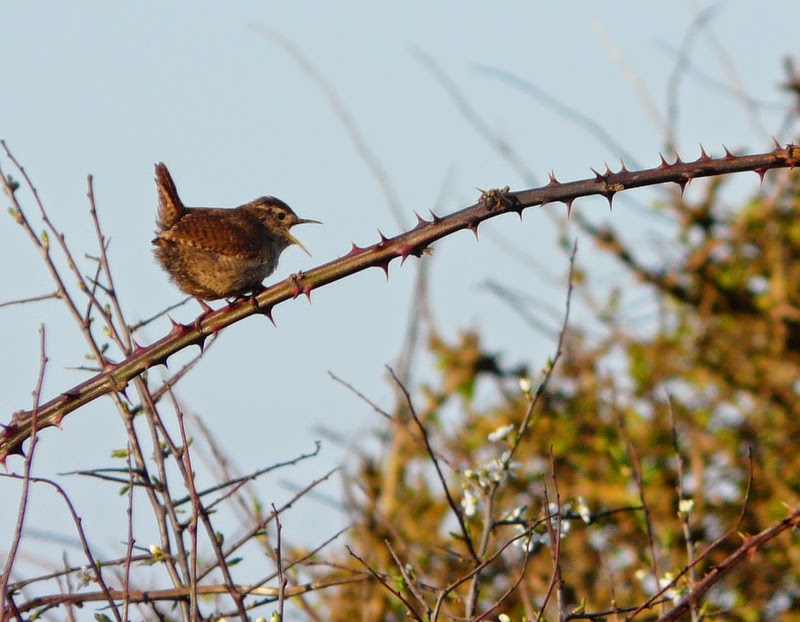 Wrens seem to be doing ok on Orcombe, with several birds on territory.
Another dawn visit to Orcombe Point with Derek. At first it seemed very quiet but by the time we'd left at 9am we'd logged a modest 2+ blackcap, 3+ chiffchaff, 4 whitethroat, 2 meadow pipit, 2 wheatear, 1 redstart (male), 1 yellow wagtail 'in off', 1 swallow, 2 manx shearwater, 1 guillemot, 3 sandwich tern, 1 great northern diver, 1 shelduck and 1 fulmar. The redstart was in blackthorn scrub in the hedgerow that borders Sandy Bay caravan site, but unlike the previous bird it stayed well hidden and frustrated our efforts to get a decent photograph.
I returned home for breakfast and spent a good chunk of the day trying to get the garden tidied up. This paid off when Lee texted me from the Warren to tell me an osprey was heading my way. I put down the strimmer, picked up the bins, and within a couple minutes was enjoying my fifth osprey of the spring as it patrolled off Mudbank (see photo). I kept an eye in the sky on and off all afternoon, and was rewarded with a red kite north-east over the river at 1527 and the (or possibly another?) osprey sat on the mud eating a fish off Mudbank from 1720 until 1800 when it headed upriver. At least 33 whimbrel were off Mudbank too. 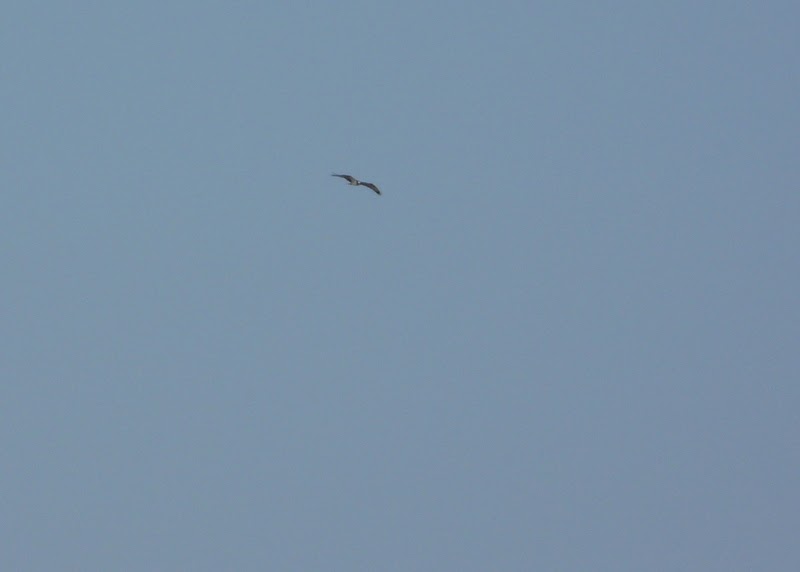 Record shot of the osprey, taken from the back garden. 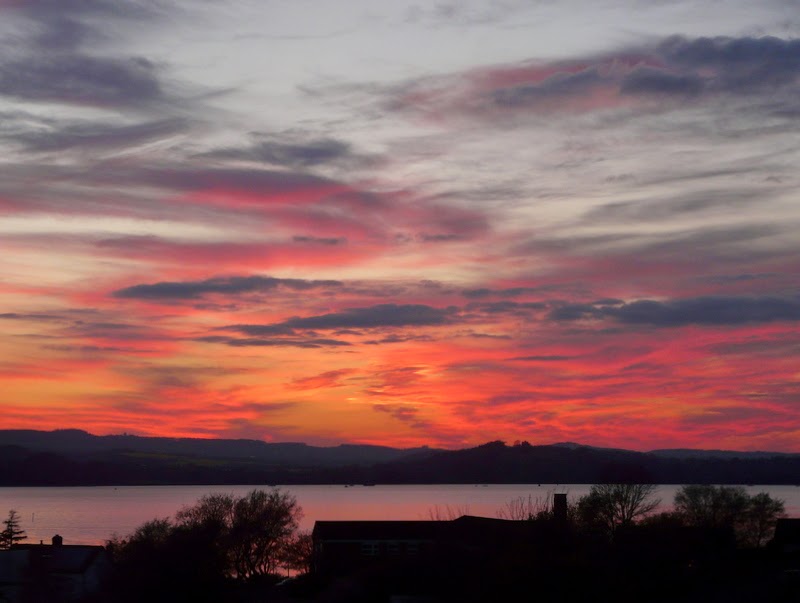