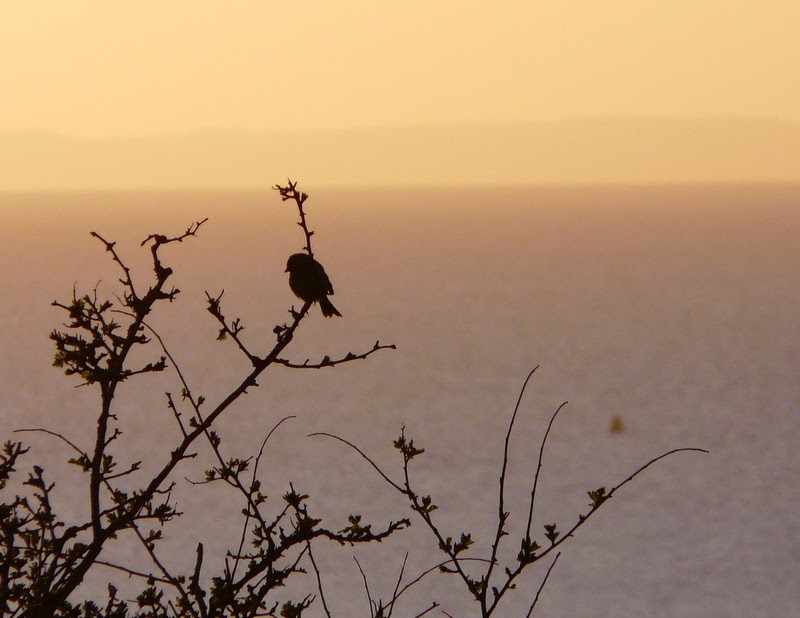 I was on Orcombe Point for 0545 this morning but, as usual, it was really quiet. I followed the coast path east and as I approached Sandy Bay I picked up a quiet 'tsip' call. I knew straight away it was cirl bunting and soon picked up a bunting-like silhouette in the cliff-top scrub. It dropped down after I took the above shot but soon reappeared on the fence, in better light, to my left. I got a couple of photos before it flew off low to the west. They're still a scarce bird on Orcombe, with no signs of attempting to breed and, to be honest, no real prospects of breeding given the intensity of farming that takes place on Orcombe farmland. My last record on Orcombe was of a 'one day' single male in spring 2013. Last year was a blank year for the species. The only other migrants I had this morning were a couple whimbrel but whitethroats are now everywhere and evidently the females have arrived, judging by the number of pairs chasing each other  around noisily.
A quick look off the Leisure Centre, after football this evening, produced 80+ whimbrel, 2 bar-tailed godwit and 1 dunlin on the dropping tide. Black-headed gull numbers seem to be slowly building with c20+ birds visible distantly. 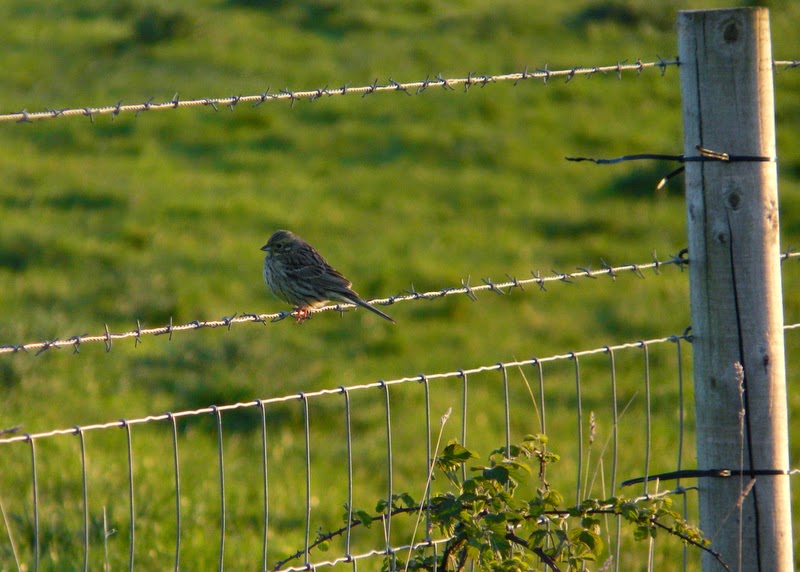 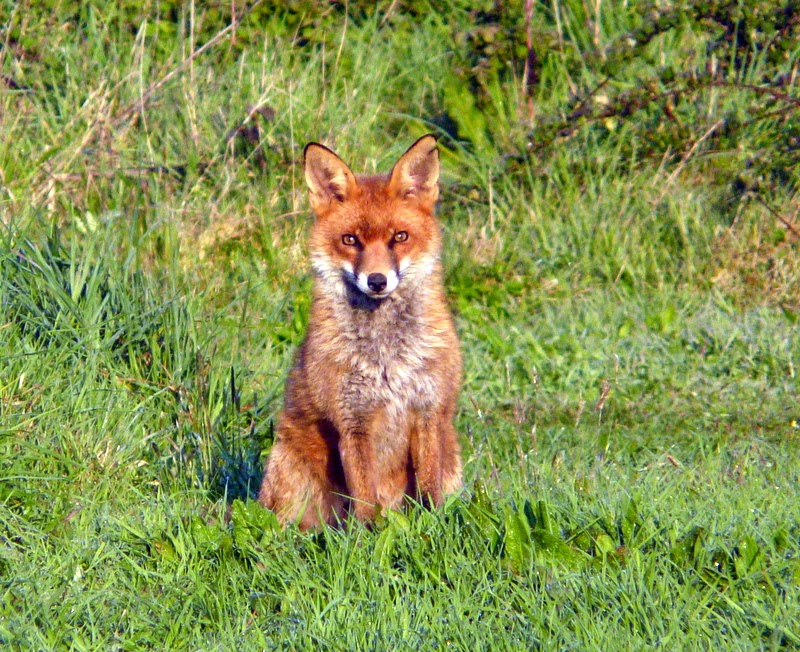 Foxes are a very common sight on Orcombe. Some seem to be getting very bold. This one just sat and stared at me as I walked past. 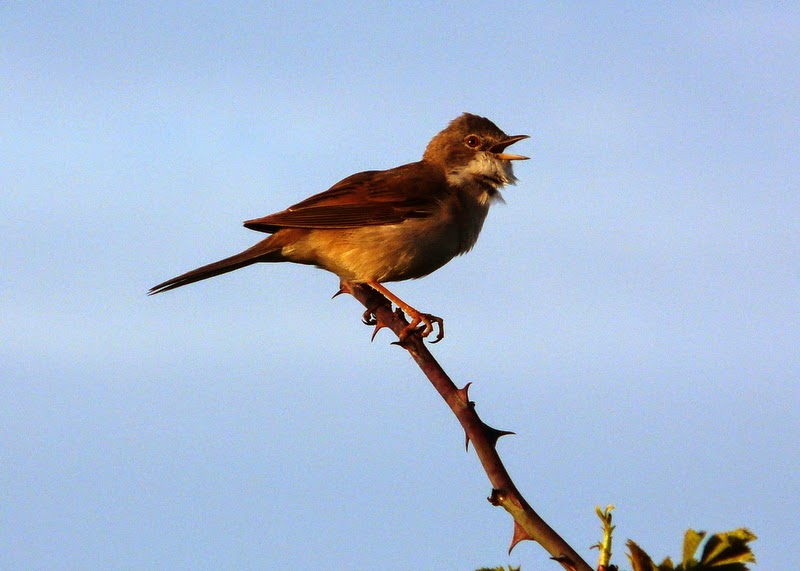 The Whitethroats are now sitting up loud and proud. Compare that to a couple weeks ago when they first arrived - quietly sub-singing from deep in cover and almost impossible to see.
Posted by matt knott at 12:36