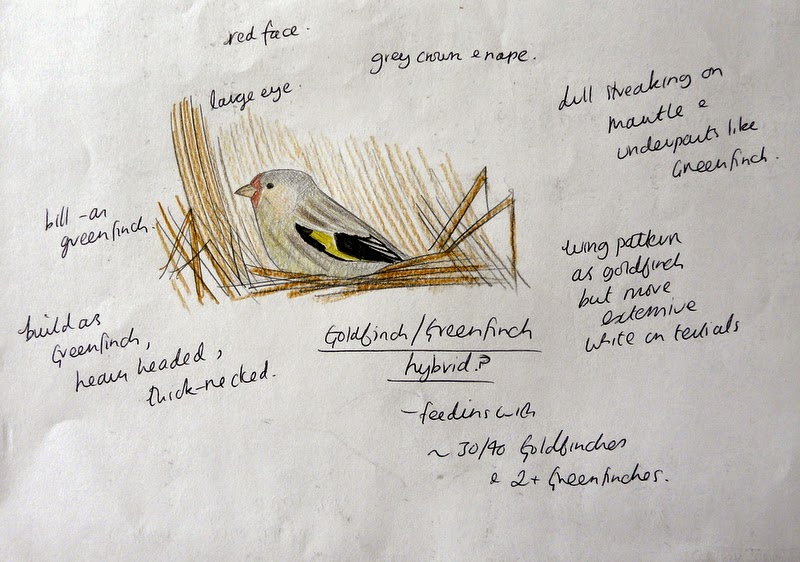 My back 'pinged' early Thursday morning as I was putting my trainers on to go out. Consequently I've been barely able to move, and stuck in bed since! I've been going stir crazy, as you can imagine, but hope to be up and about soon. The pain has certainly eased quite a bit, with the help of some extra strong pain-killers, and the doctor reckons I'll be feeling pretty normal by Monday/Tuesday.
My imposed confinement has meant I've had plenty of time to look through the old logbooks and I came across a sketch of a finch that I saw briefly on 25th Februaury 1996, at the Passage House Inn (River Teign) carpark reedbed. It was with a small flock of goldfinches and greenfinches, which allowed me to make a useful comparison. At the time I assumed it was a goldfinch x greenfinch hybrid. A few years later I purchased the 'Helm Identification Guide to Finches and Sparrows' and, flicking through the plates, came across 'eastern' goldfinch. This raised the possibility that my bird was one of the eastern races (caniceps or grey-headed goldfinch), which breed no closer than Iran.  Sadly I don't think my sketch is adequate enough to reach any firm conclusions. Having said that, the more extensive white in the tertials would perhaps point more to it being an 'eastern' goldfinch as opposed to a hybrid with greenfinch. Either way I don't think grey-headed goldfinch has vagrancy potential so it is likely to have just hopped out of a cage. 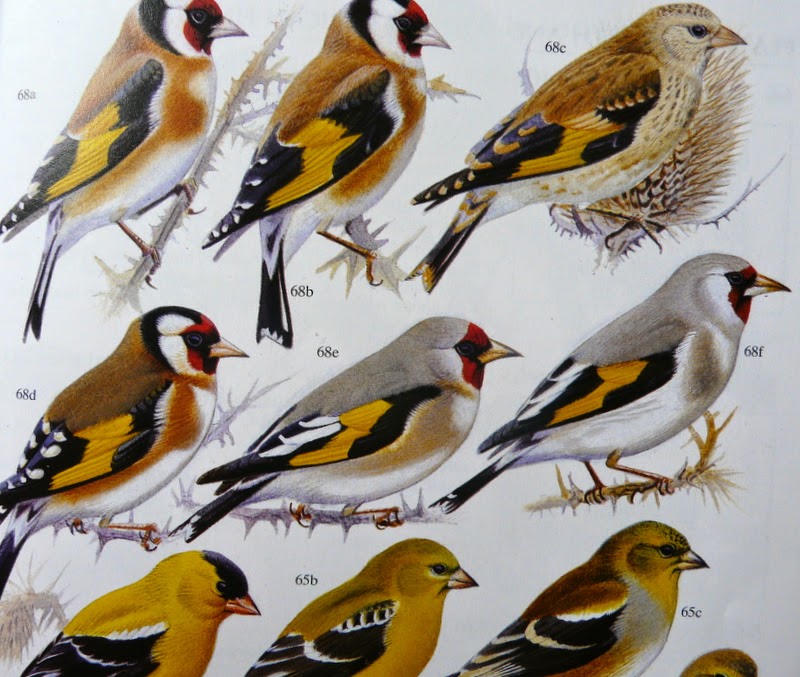