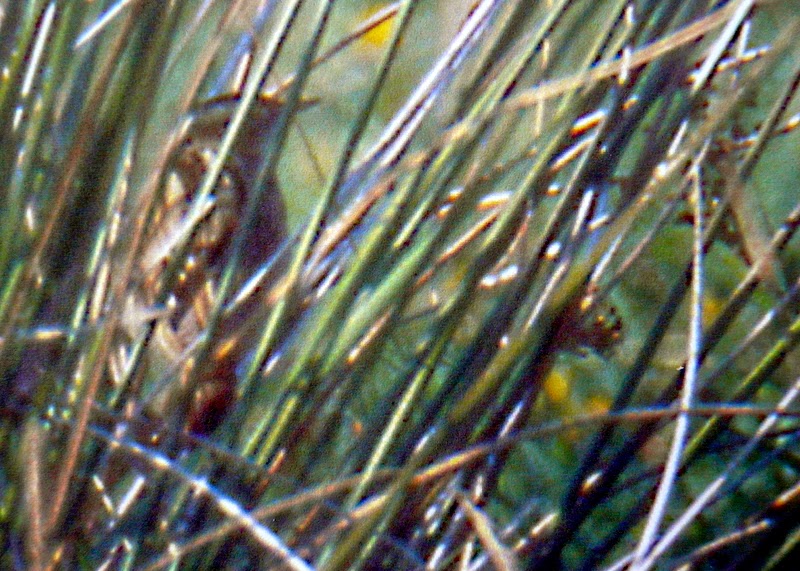 
Had a bit of a sort out today and discovered this old photo of an aquatic warbler that I found down at Soar with Tom Whiley back in September 2002. Tom did well to get the shot as the bird was really elusive in juncus, in the field beside the converted barn. I've seen just three in Devon. The first, which I twitched down at South Milton Ley in August 1995, was followed just days later by a second which I found at the Passage House Inn on the River Teign. That bird showed well initially, early in the morning but was impossible to see during the day. Thankfully it performed brilliantly to an assembled crowd later in the day and the image of it perched up in the reeds, glowing yellow in the early evening light, will live long in my memory. The above bird was less cooperative, though it did sit up in a bramble hedge for a couple minutes before seeking sanctuary in the marshy area. Sadly aquatics have become harder and harder to catch up with in recent years.
Posted by matt knott at 12:42