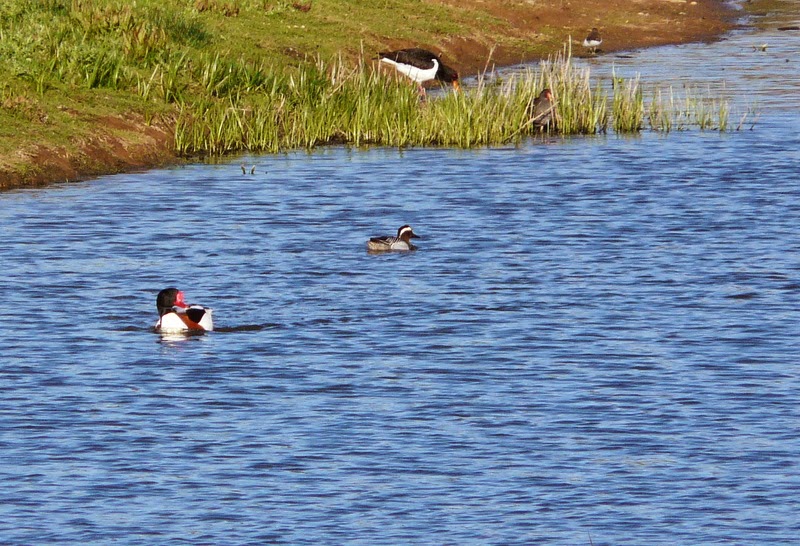 I had a quick look at Bowling Green this evening as I had to pop in to Topsham anyway. It was great to see the two drake garganey (thanks for the text Mark) and, even though the photos are poor, I thought I'd stick them on here as garganey is a species that I rarely see in Exmouth, so it's unlikely to feature very often on the blog. Other birds on Bowling Green included 1 avocet, 1 common sandpiper (just visible in the top photo), 2 wigeon, 15+ greenshank and c150+ black-tailed godwit. A flock of c30+ whimbrel headed north over the reserve with a single bar-tailed godwit tagging along at the rear. As I drove over the Clyst, on my way back to Exmouth, a hobby flashed past - my first of the spring.
A quick look off the Imperial, before work this morning, produced 4 bar-tailed godwit, 14 dunlin, 2 great crested grebe, 2 red-breasted merganser, 3 common tern and 40+ whimbrel.
Whimbrel have featured a lot in the last few days. Yesterday there were at least 44 off Mudbank, along with 2 ringed plover, and I had 15 heading towards the river mouth during a brief look off the seafront after work. There was also a single little tern off there but I could only muster 15+ sandwich tern, which is pretty poor for this time of year. 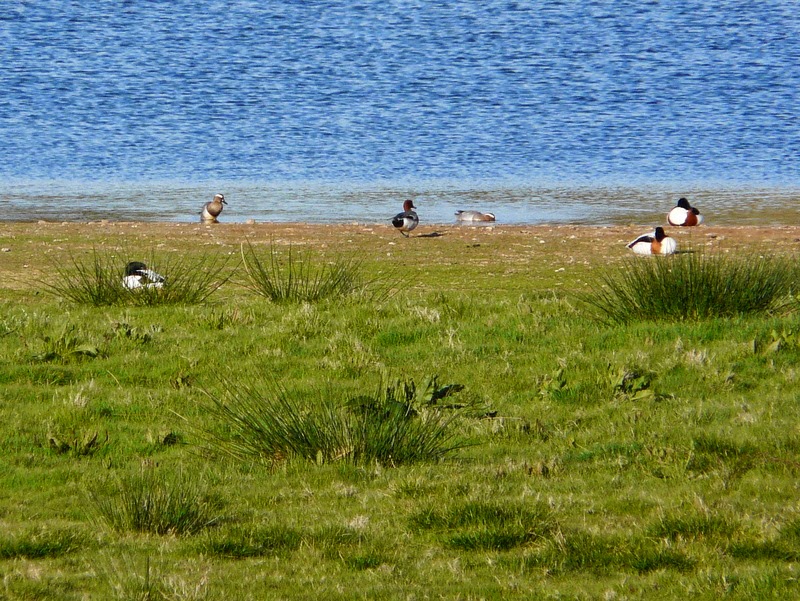 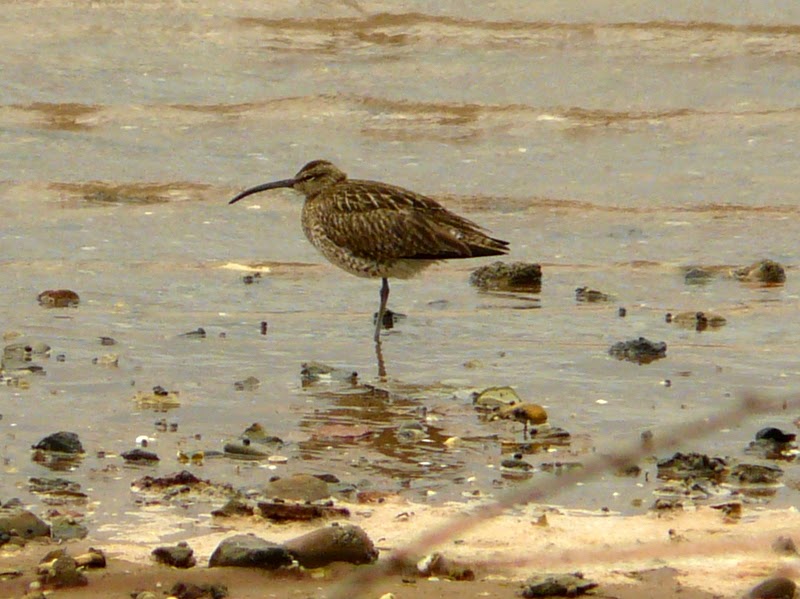 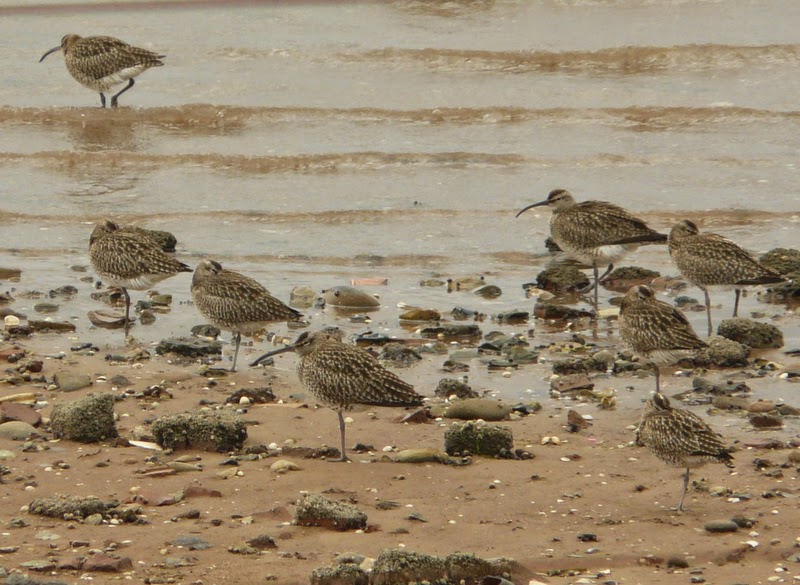 Good numbers of Whimbrel are being seen off Mudbank at the moment. 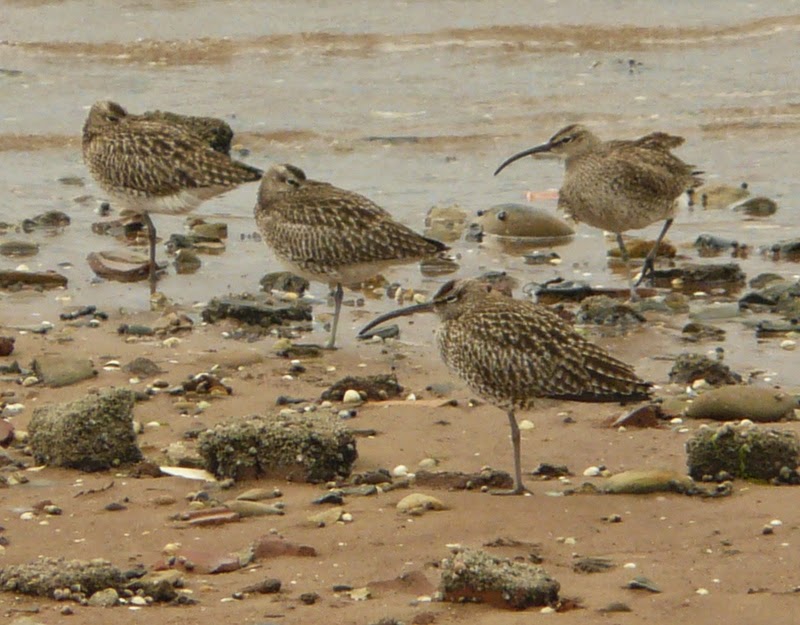 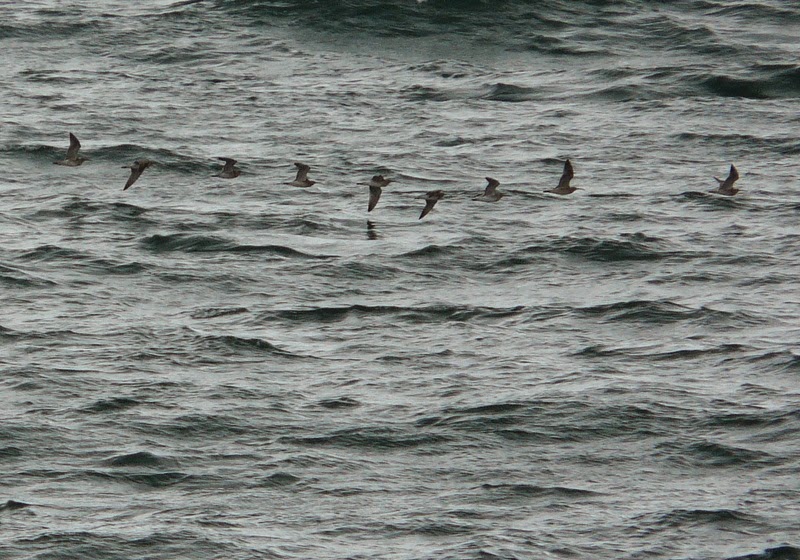