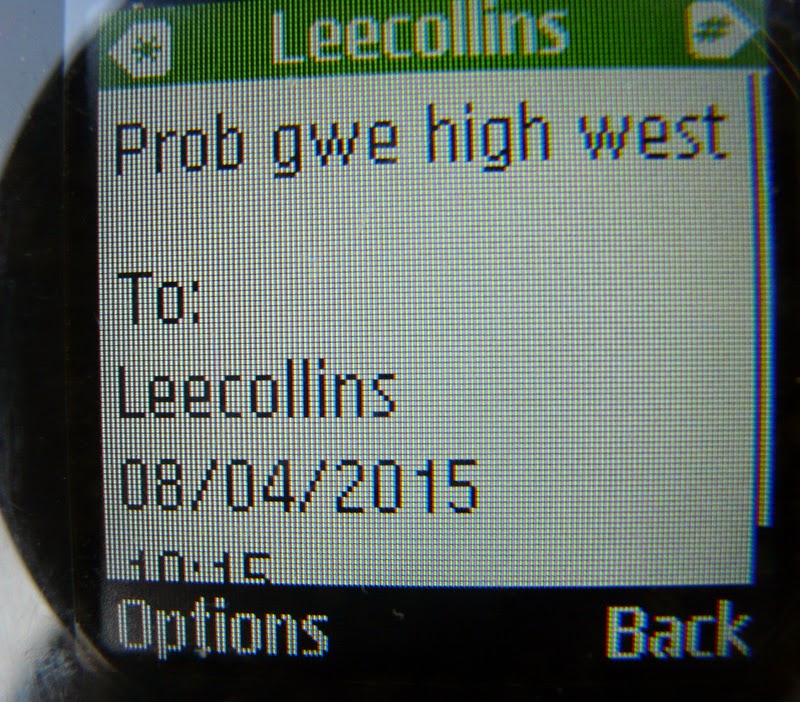 A frustrating thing happened this morning. I was enjoying some sunshine in the back garden, casually scanning the river, when I picked up an egret flying really high up and away from me. Immediately alarm bells started ringing because of the sheer height of the bird. I see little egrets out the back daily  and I think it's fair to say they are never that high. I quickly got the scope on it and prayed it would change direction to allow me to get something on it. I stared at its legs and feet and they appeared quite dark and all one colour, i.e. no yellow feet. As it adjusted its direction slightly, steering more north, I glimpsed its bill which appeared pale. This happened twice and both times it looked pale, but what part could the sun play at that distance?
By now I was losing hope that I'd get more on it so I looked at the wing action - slow and deep wing beats on long wings, but I know it's nigh on impossible to place too much emphasis on this without the two species side by side. Tom Whiley once told me you could separate the two species by working out the 'wing flap rate', but both he and I know that's a load of b*llocks! As it powered away with high white cloud as a backdrop, I lost it and just couldn't get back on it. I decided the most sensible thing to do was contact my good mate Lee Collins at the Warren, in the vain hope that he would be able to pick it up on its W/NW bearing. Unfortunately he wasn't on site. I'd just have to let it go.
Fast forward a couple hours and I get a text from another great mate, Mark Bailey about a great white egret on Exminster Marshes. I immediately texted him back to find out if it had a pale bill and then I texted Dave Hopkins, who was on site watching the bird. Great whites should really have a dark bill at this time of year, as they change in to breeding plumage. Of course the bird was indeed pale billed - coincidence or not? This raises a bit of a dilemma - do I count it or not? Those of you who know me will probably already have guessed the answer to that -  I'm not going to, as tempting as it might be.
Earlier, Nick and I had done Orcombe Point but there was very little up there. We recorded 5+ chiffchaff, 3 phyllosc sp, 1 great crested grebe, 3 swallow, 1 canada goose, c7+ common scoter, 3+ meadow pipit, 1 willow warbler and 1 blackcap. Off the Imperial we had 9 dark-bellied brent geese, 8 red-breasted merganser and 5+ sandwich tern. 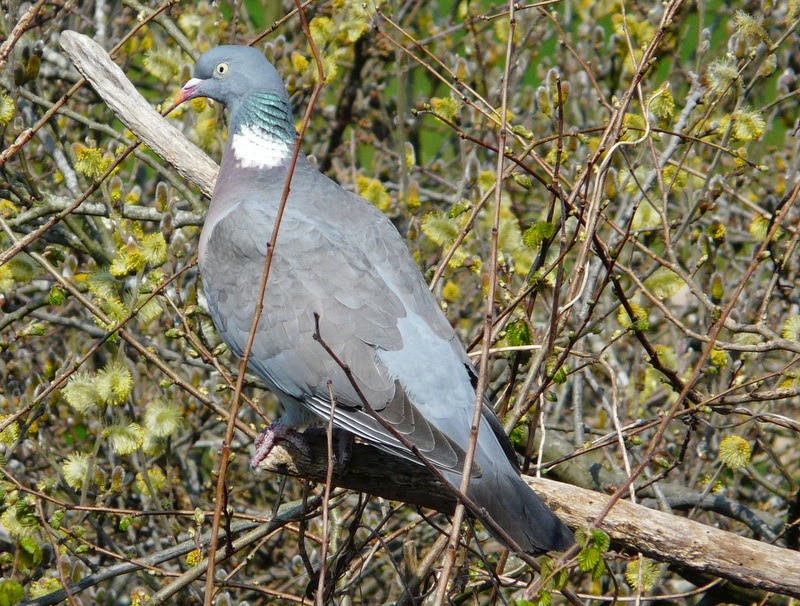 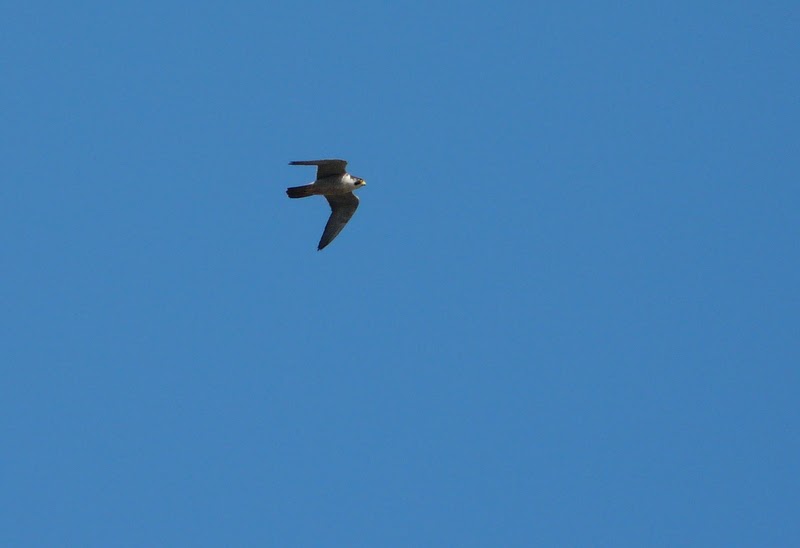 Peregrines are regularly seen out the back at the moment, causing consternation among the gulls. 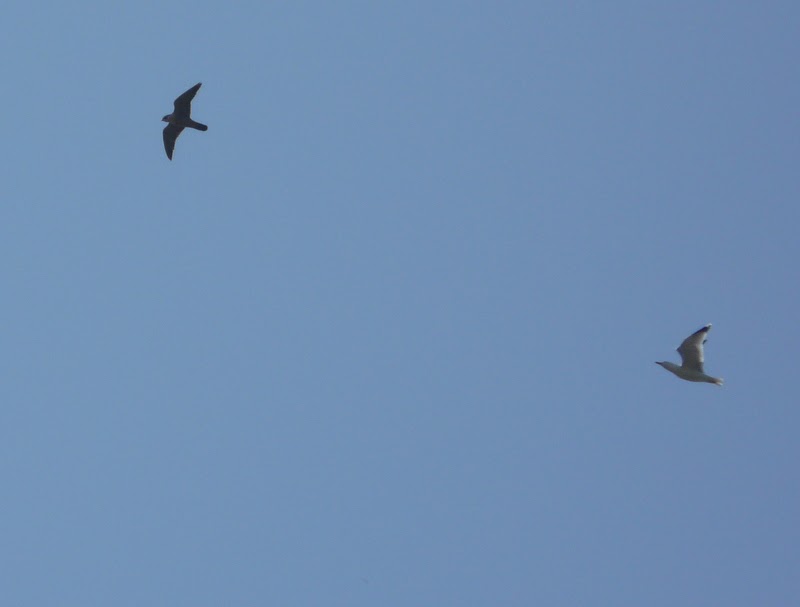 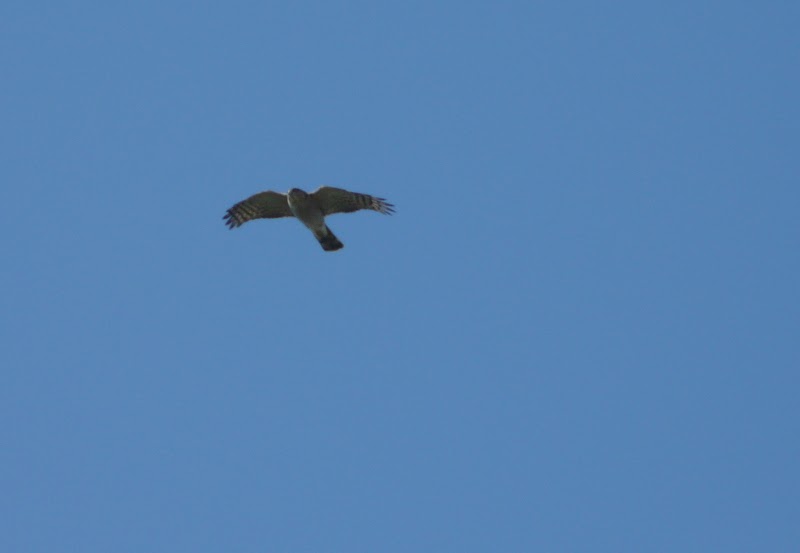 Sparrowhawks are very active out the back at the moment too, along with loads of buzzards. 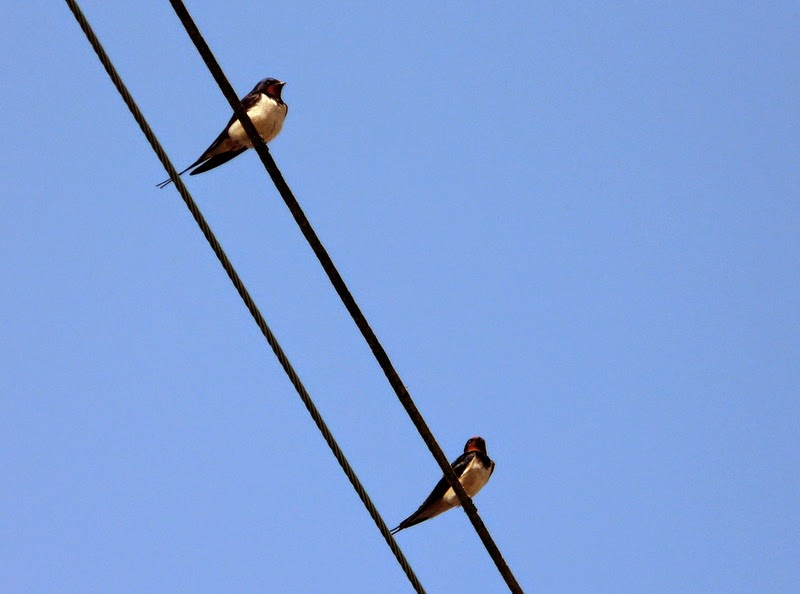 Family lunch at the Bowd Inn today with a pair of swallows back on territory there. 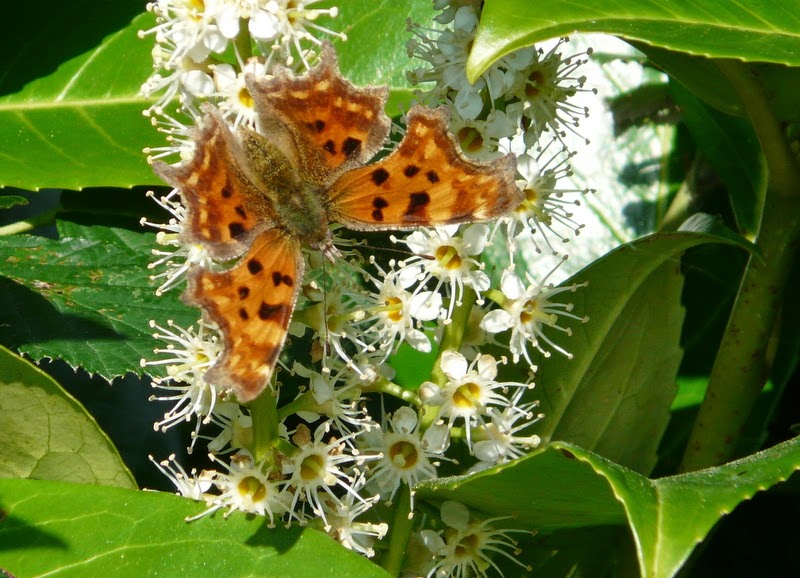 Comma in the back garden, with good numbers of small tortoiseshell and peacock too. 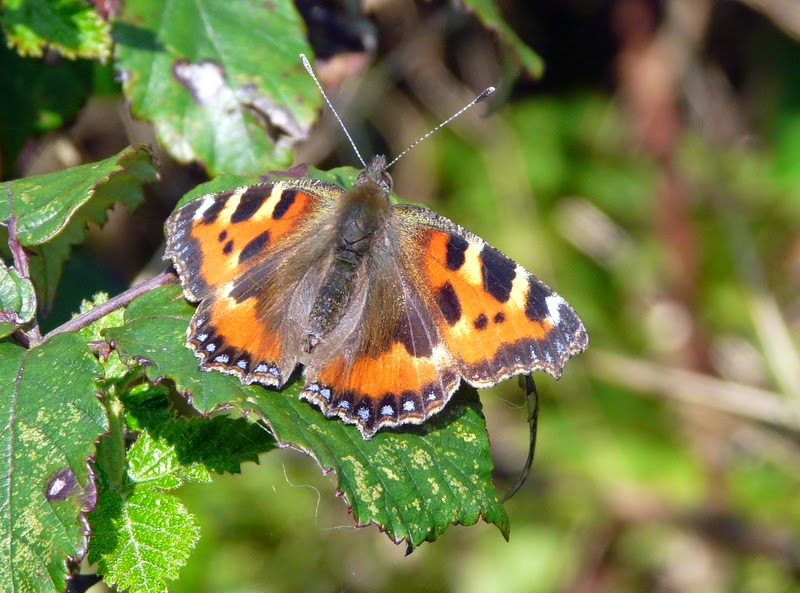 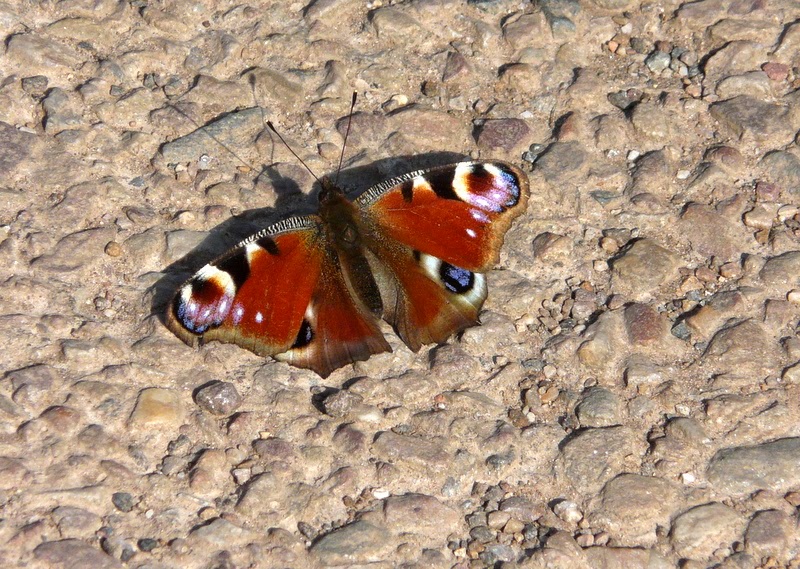 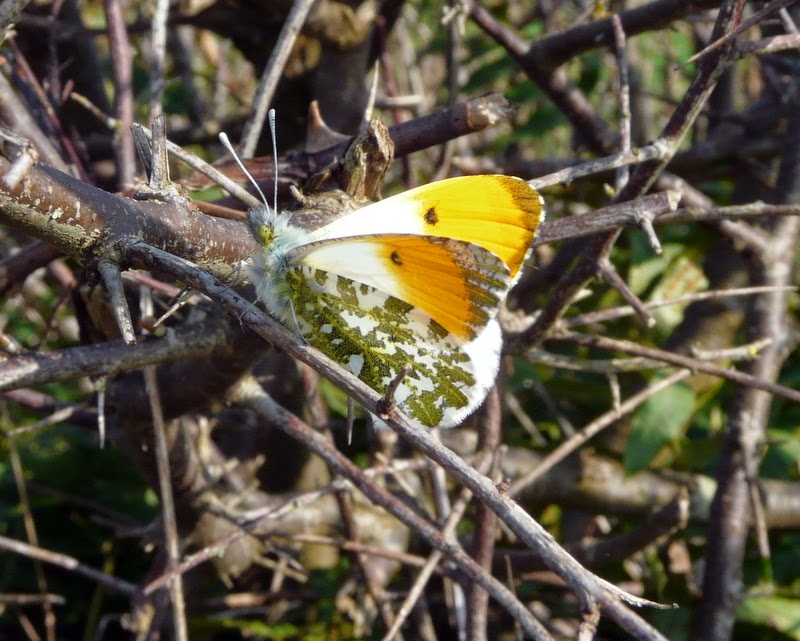