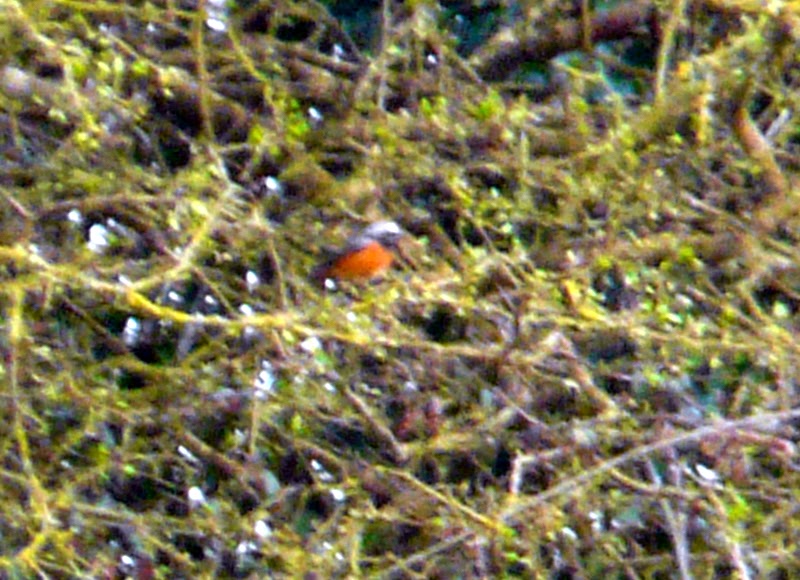 Sorry! I know it's dreadful but any photo of a male redstart has to be better than nothing right?? Eagle-eyed Nick got onto this bird first on Orcombe this morning, as it dashed along the cliff-top scrub bordering the footpath, just up from the Geoneedle. I would dearly love to have got a better shot but the light was awful and the bird just too quick and elusive. We soon lot sight of it altogether. A simply stunning bird in the early morning gloom though. We're lucky to get more than a couple records a year on the 'migrant desert' that is Orcombe Point. In fact I think I had just one in the whole of last year and that was a female! Otherwise this morning, just 5+ willow warbler, 7+ chiffchaff, 1 meadow pipit and a single wheatear on the migrant front.
I stopped off at the Imperial on the way back for breakfast and picked up 4 sandwich tern, 12+ red-breasted merganser and an osprey. The osprey was heading low north upriver between Powderham and Turf at about 0905. I was pleased to be able to get Mark Bailey on to it who watched it from Topsham until it headed off high north at 0927. 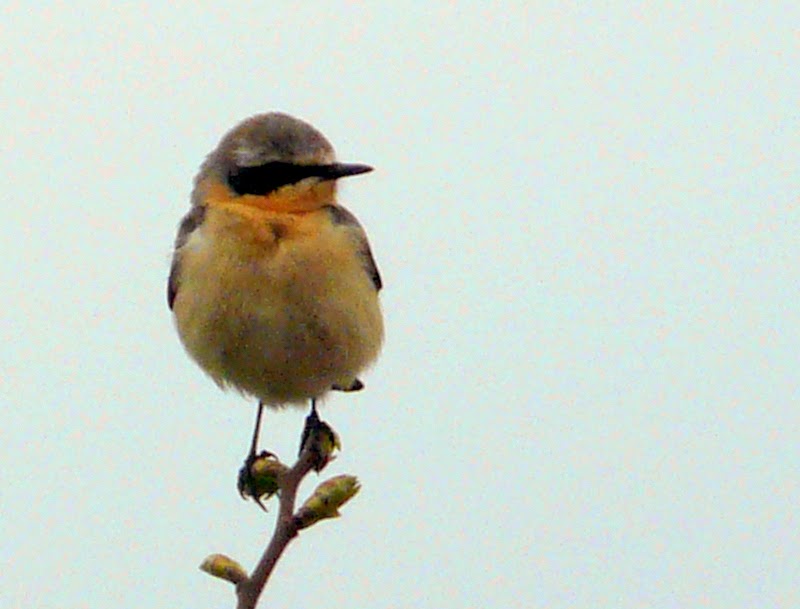