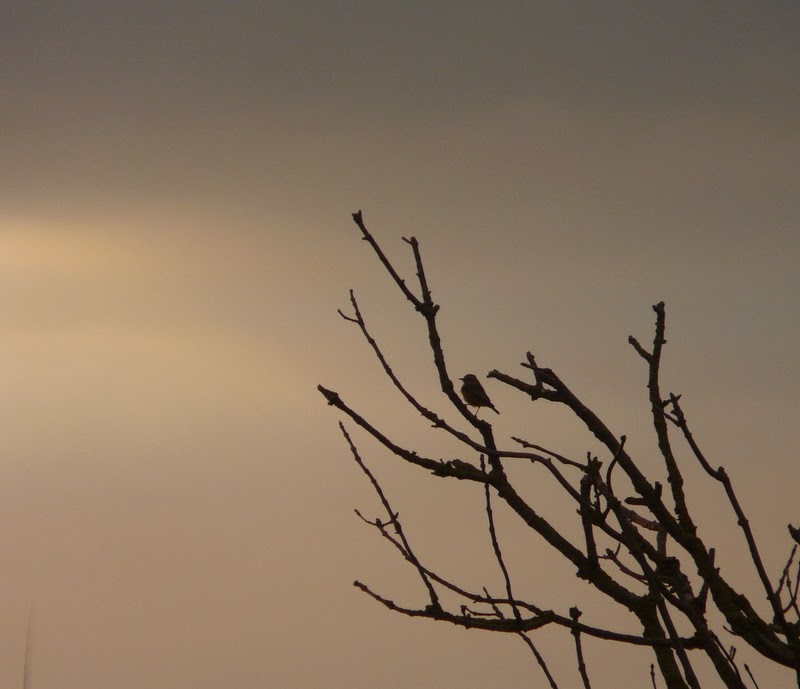 A quick dawn Orcombe Point visit produced this whinchat (my first of the autumn and only second of the year) as well as 24+ yellow wagtail and 1+ tree pipit over. A kingfisher was on Maer rocks and there were 60+ common tern off the Quay. I could quite happily have stayed out birding as stuff was clearly moving, but work intervened.
Duck numbers continue to build off Mudbank with an impressive 540+ mallard last night along with 42 wigeon and 10 pintail. At lunch time today there was 72 wigeon, 9 teal and a tufted duck among the mallards (which I didn't bother counting as many were tucked away out of sight). There was also 5 pintail, at least 7 mediterranean gull (I read three darvic rings - 1 green and 2 white) and the second-winter little gull.
Two nights ago, after my last post, there was yet another juv/fw yellow-legged gull off Mudbank. 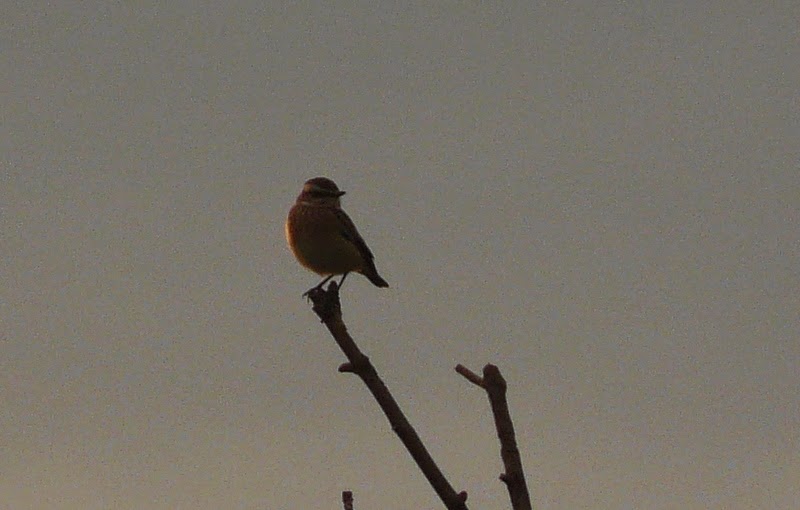 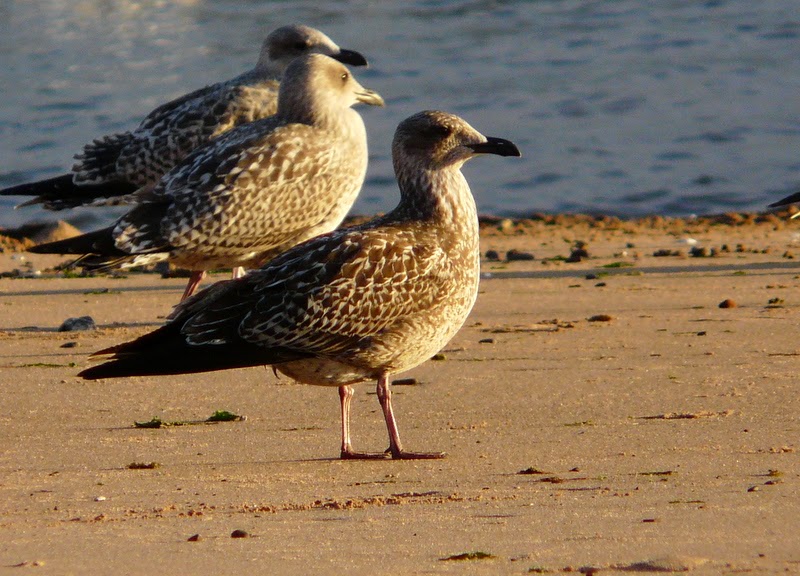 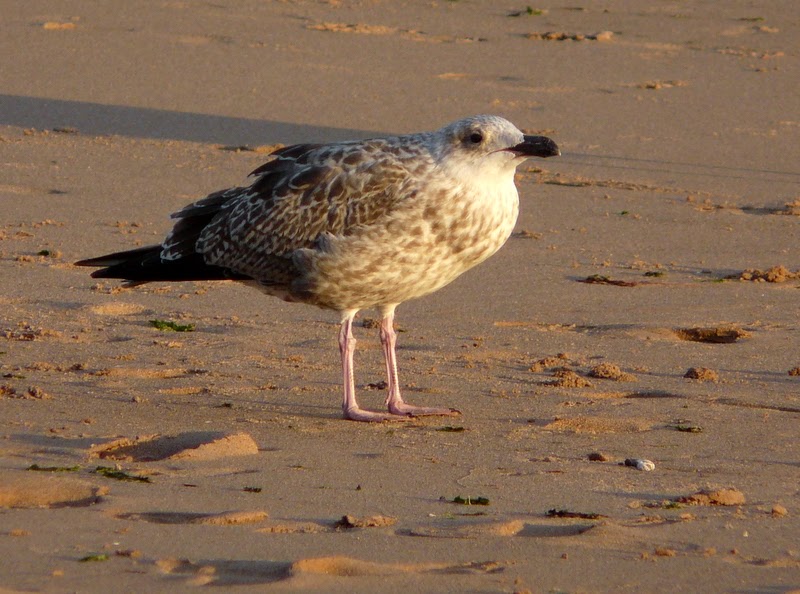 When I initially clapped eyes on this bird I thought it was going to be a yellow-legged - it looked long-winged and white-headed. The dark bases to the greater coverts looked promising too but the tertials are way too patterned and are a much better fit for juvenile Herring Gull. Flight views confirmed it as herring gull but note it has started to replace its juvenile scapulars already. 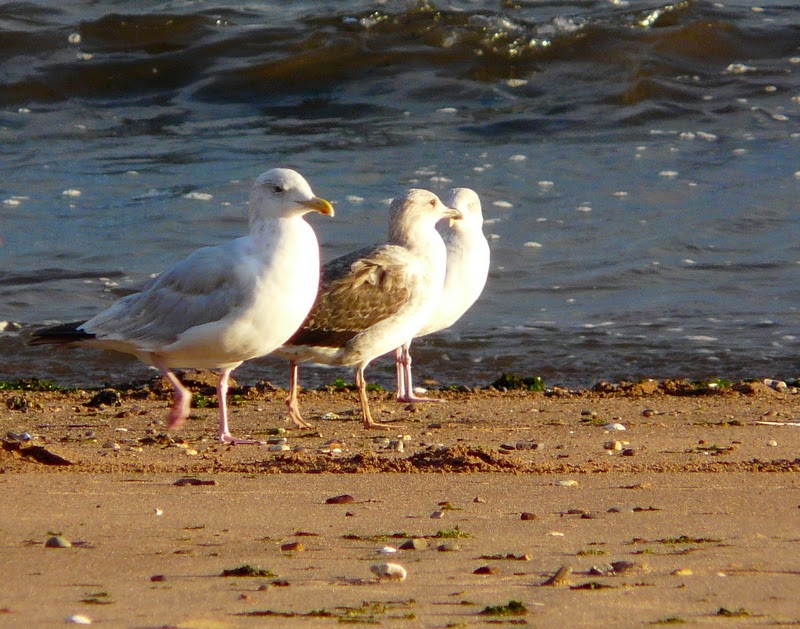 This bird stepped out from behind a herring gull and instantly looked interesting. It was then spooked by a family playing on the beach and it flew right into the evening sun, which meant I didn't really get anything on it. I think it looks pretty good for a first-summer yellow-legged gull - any comments more than welcome. 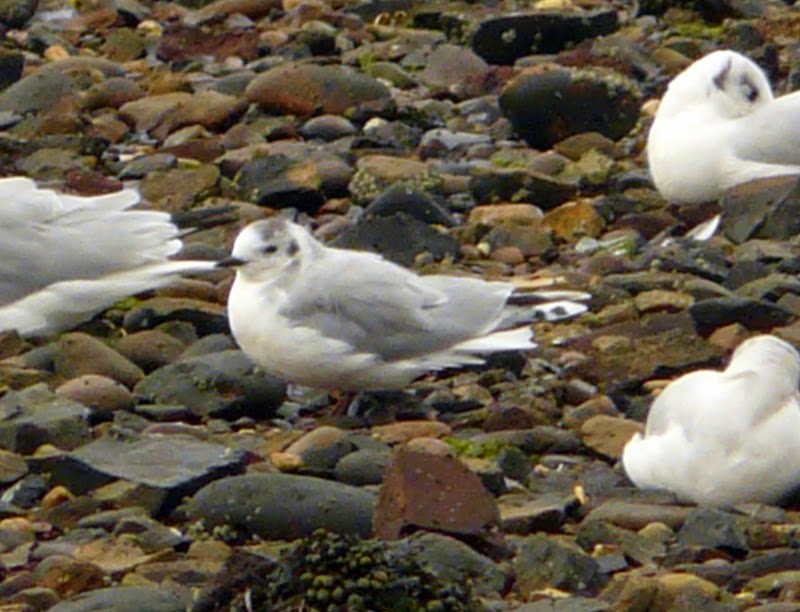 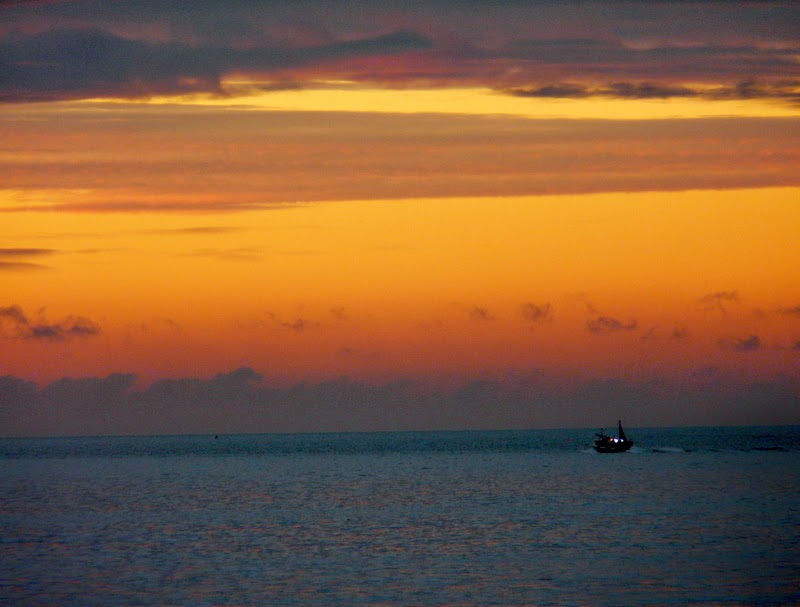 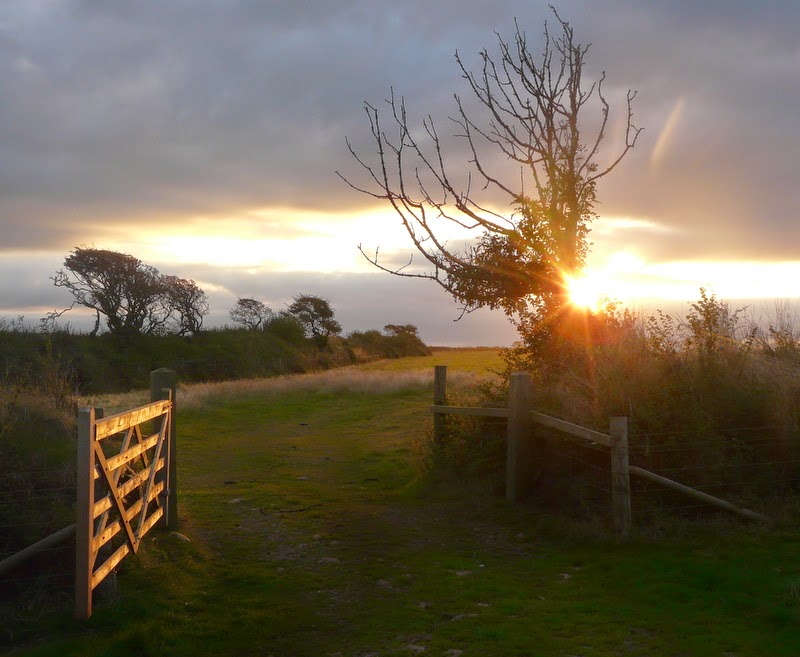