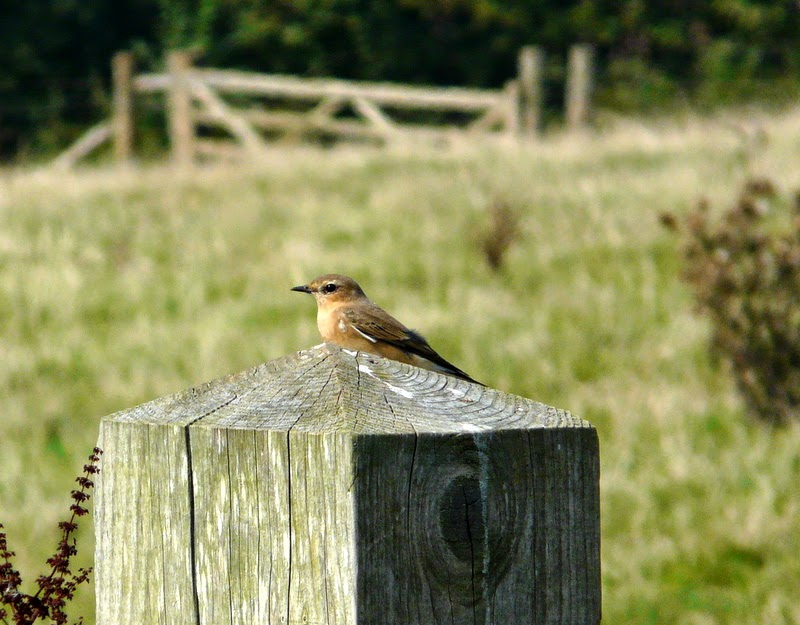 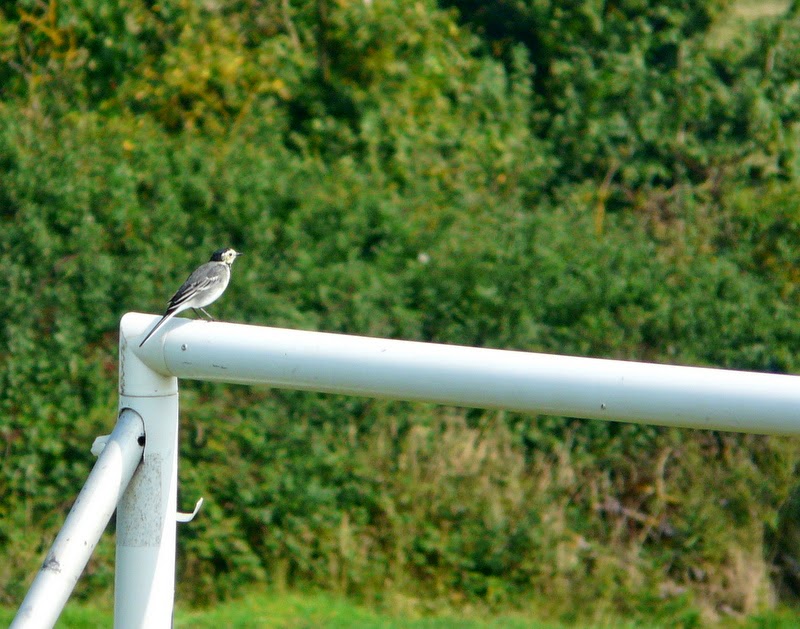 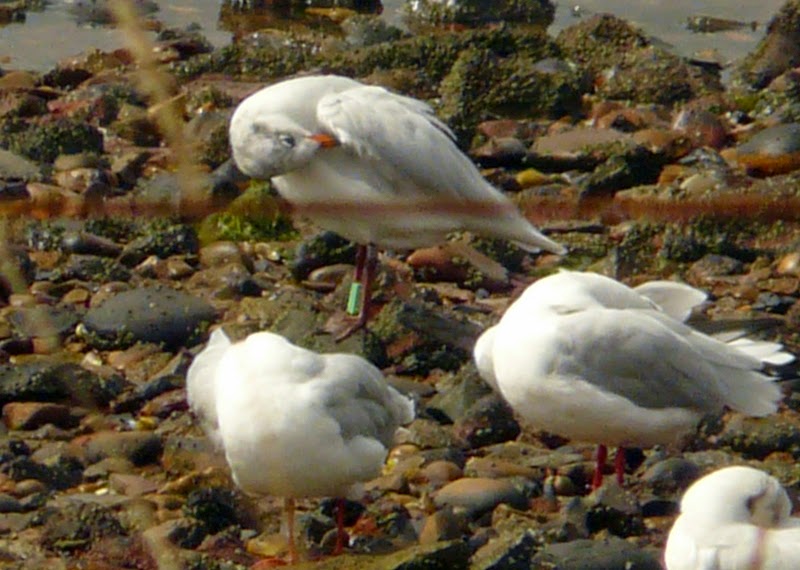 This adult Mediterranean Gull is sporting a green darvic ring (right tarsus) with code AHHK + metal ring (left tibia). I photographed it on September 2nd at Mudbank Lane and, using the 'www.cr-birding.org' website managed to contact Andreas Zours who very kindly provided me with the following information:

This bird was ringed as a pullus on Pioneerinsel, Niedersachsen, Germany on 14/6/2008. It was then recorded 3 times on Grunendeich plage, Niedersachsen in Germany during 2008 before going un-recorded for a while. It was then seen in Beauport Bay, Cotes d'Armor (NW France) on 23/2/2011 before relocating to Zeeuws-Vlaanderen in the Netherlands on the 3rd and 8th June 2011. It was back in France in November 2011 on Le Conquet, Ria, Finistere before deciding that the UK was the place to be! It was seen on the Camel Estuary, Cornwall  on 1/12/2011 and was then in East Sussex on 4/4/2012. Rob Jutsum recorded it on the river Caen, Braunton on the 4th and 28th August 2012 and then on 18/10/2013 it was back in Cornwall on the river Camel. On the 8th August 2014 Lee Collins recorded it at Dawlish Warren and the last sighting was mine, off Mudbank on 2/9/2014.

Green AHHK was in the company of 2 white-ringed meds and a red-ringed bird. I'm still waiting to hear where they've come from. I've also heard from Antonio Gutierrez who has confirmed that the green-ringed yellow-legged gull that Nick and I saw back on 20/7/2014 was a Catalonian bird!