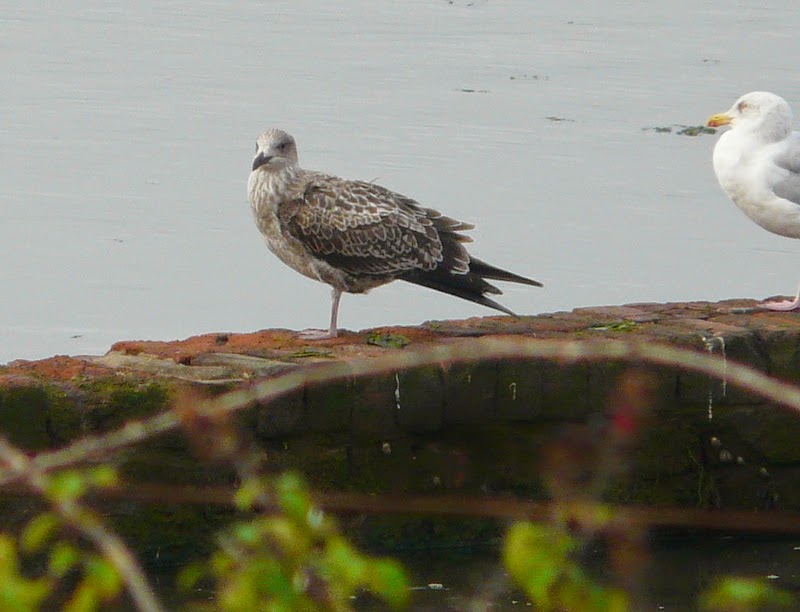 
I photographed this fairly typical juvenile 'graellsii' Lesser Black-back today, in exactly the same spot as the 'candidate Baltic' the other day. I thought it would be interesting to do a comparison  between the two. I'm not sure it's that helpful and both birds were photographed in different light conditions,but here they are anyway. There doesn't appear to be a noticeable difference in wing length, or for that matter structure, and the obvious plumage differences could be explained by differing amounts of wear and, of course, individual variation. One thing does strike me though, and that's the expression of the two. The kindly expression of the bird 'candidate Baltic' differs quite markedly to that of the more Herring Gull-like, meaner look of the graellsii. Some articles I've read mention the more Common Gull-like expression of fuscus, or the more Caspian Gull-like head but I don't think this feature alone can get you very far.  A nice white underwing would have been nice! 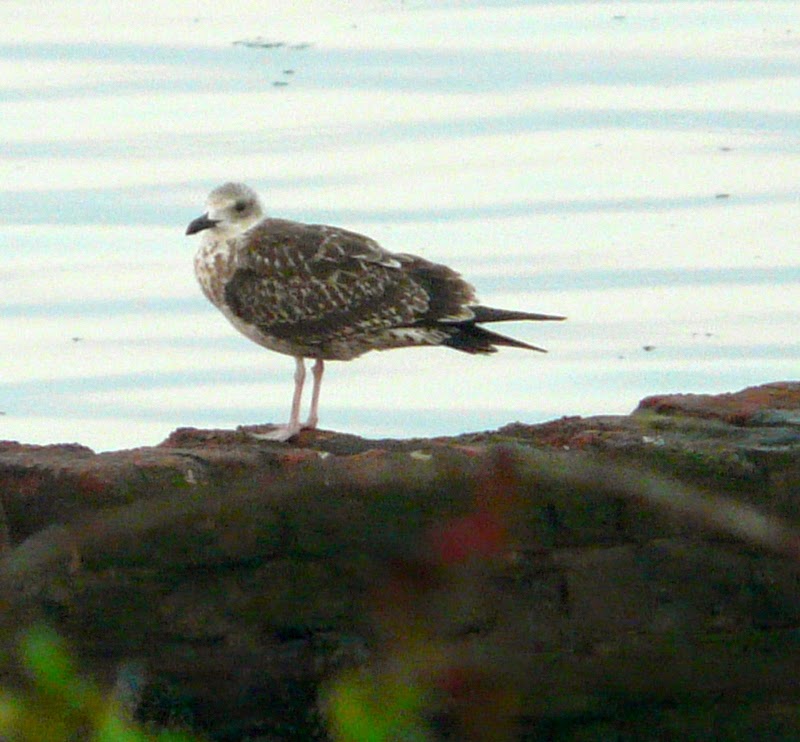 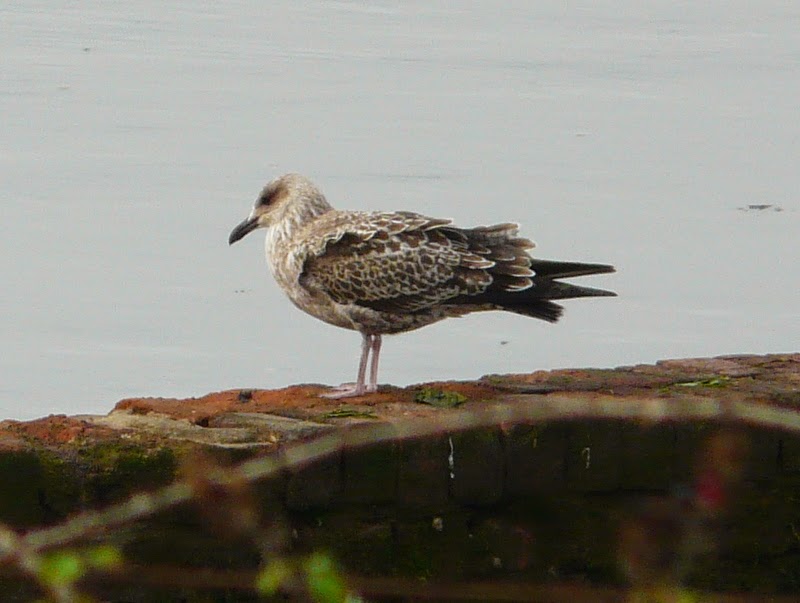 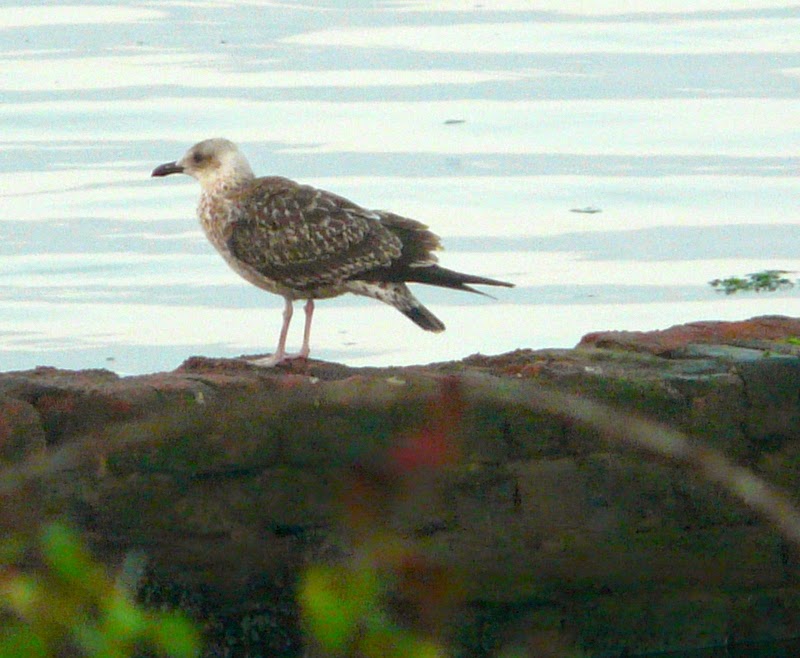