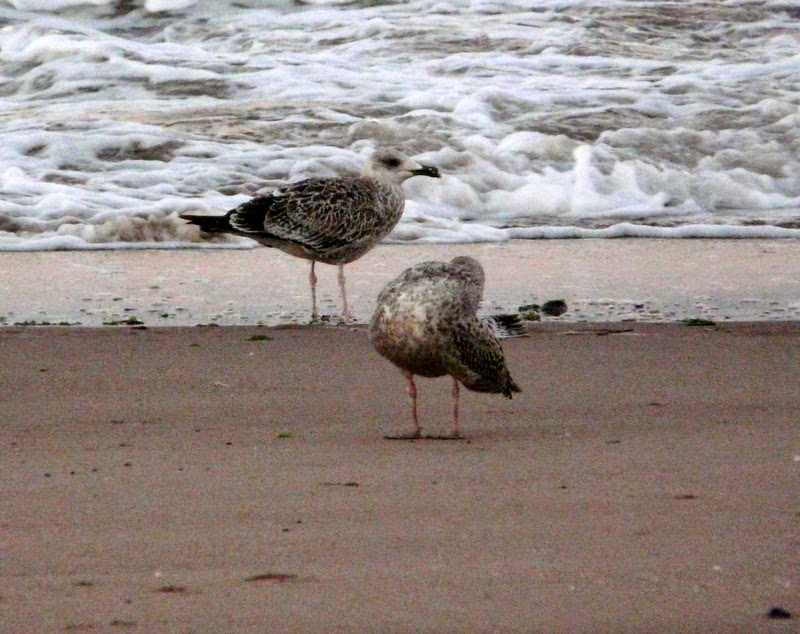 Thirty minutes birding from dawn, before getting ready for work, was worthwhile because this rather smart first-winter yellow-legged gull was stood on the beach at Maer Rocks. It has acquired a nice yellow spot on the tip of its bill and many of its juvenile mantle and scapular feathers have already been replaced with new first-winter feathers.
Mudbank produced two surprises in the form of a guillemot and a fly-over green sandpiper. 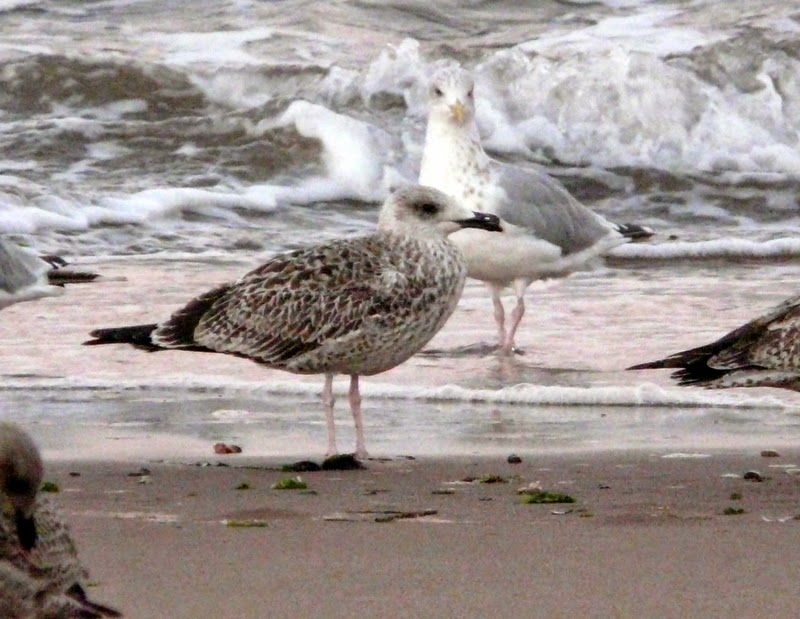 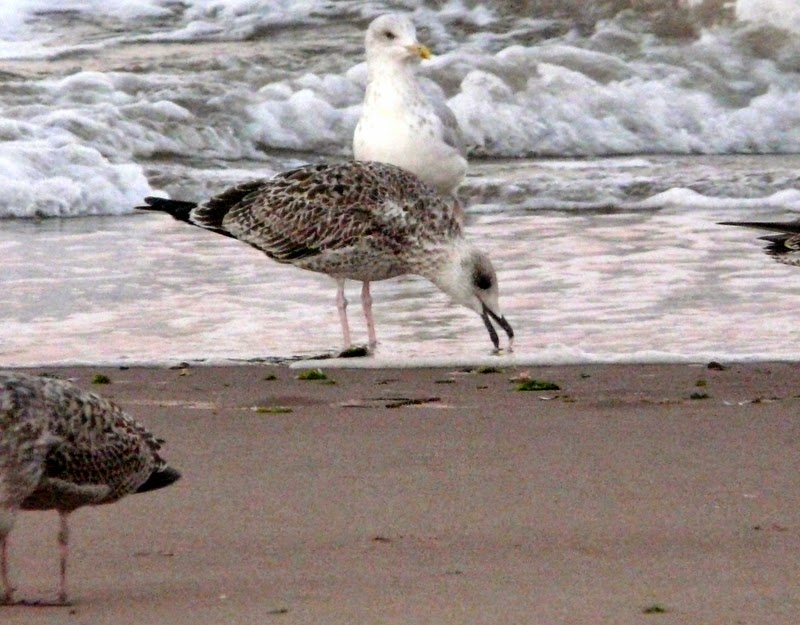 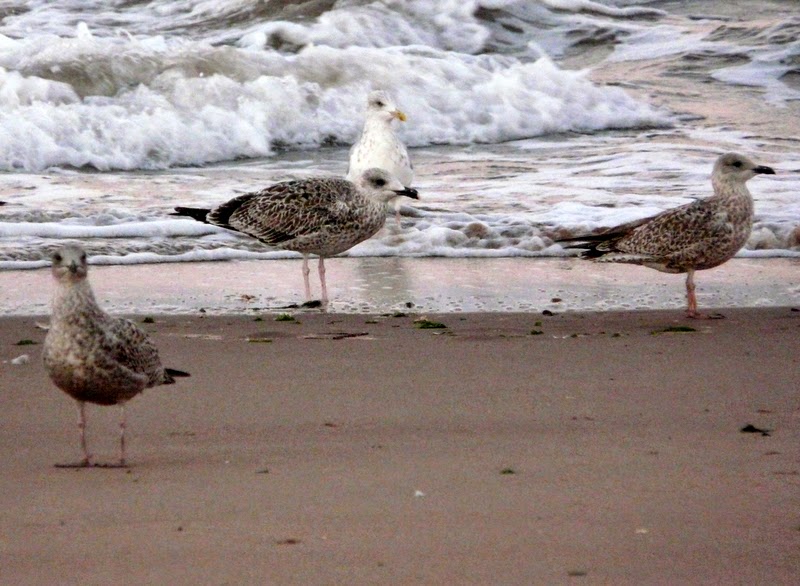 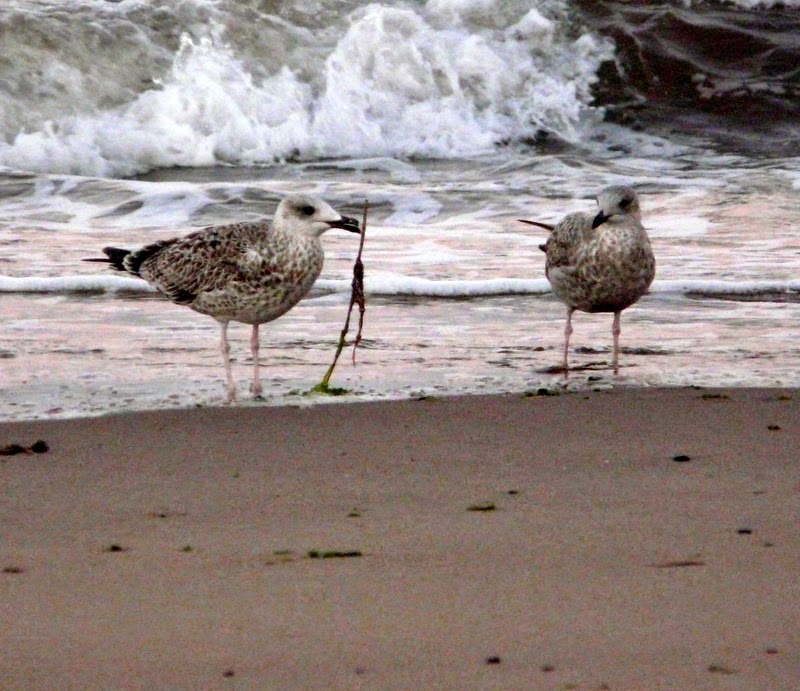 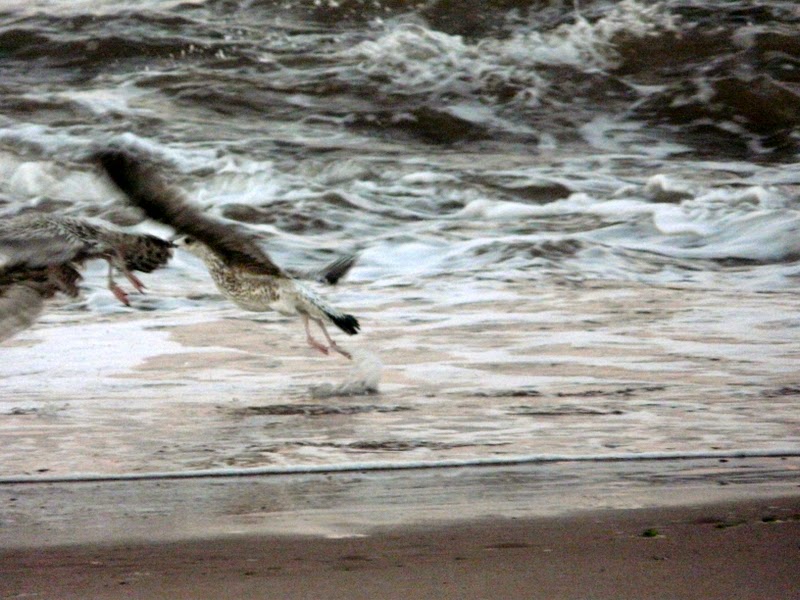 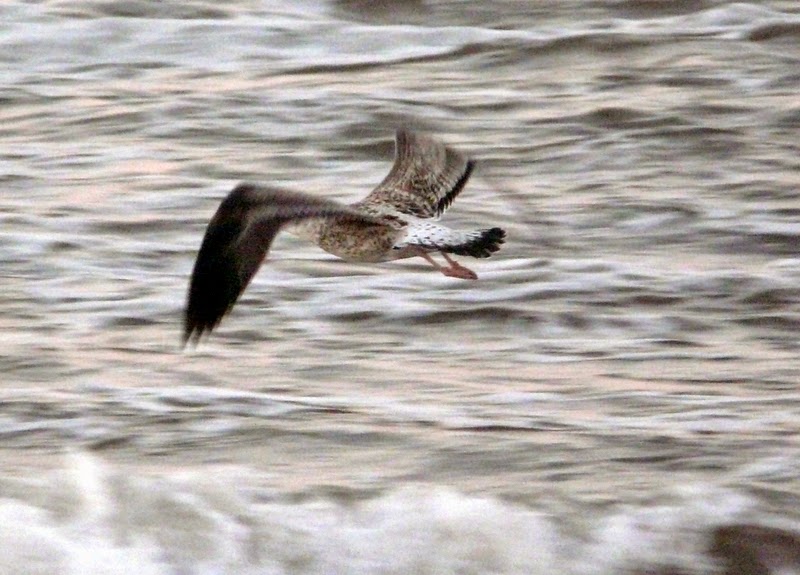