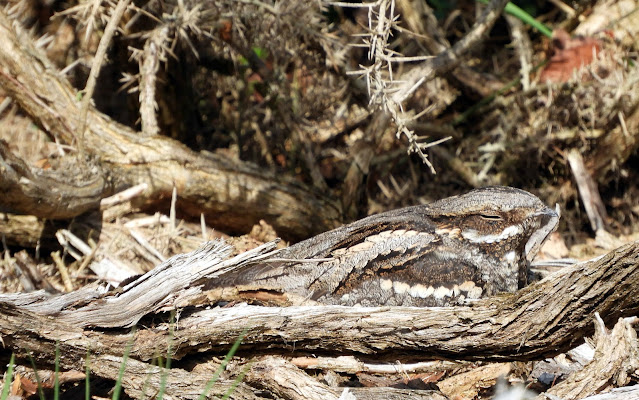 Nightjar. Having spent hours on the local pebbled heaths, and having found a number of day-roosting Nightjars over the years, I feel I'm starting to get a knack for locating them. Notice how relaxed this one is. Unbelievably beautiful birds.
An hour's sea-watch (0530-0630) before work, from the raised beach huts, produced 10 Great Northern Divers (all west into the bay), 8+ Sandwich Terns, 2 Common Scoters, 2 Fulmars, 20 auk sp, 2 Manx Shearwaters and 4 Swifts 'in-off'. A number of Gannets and Kittiwakes were feeding in the bay too.
A quick whiz around Bystock, after work, revealed the Cuckoo still (singing from Bystock and East Budleigh Common) and the lingering Tufted Duck pair. Fingers crossed they manage to breed. Nearby, just outside the Exmouth boundary, a Nightjar and a Hobby were both first records of the year for me.
The first-summer Yellow-legged Gull is still loitering around the recycling centre. Long may it continue! Heath Spotted Orchids are popping up in numbers now. 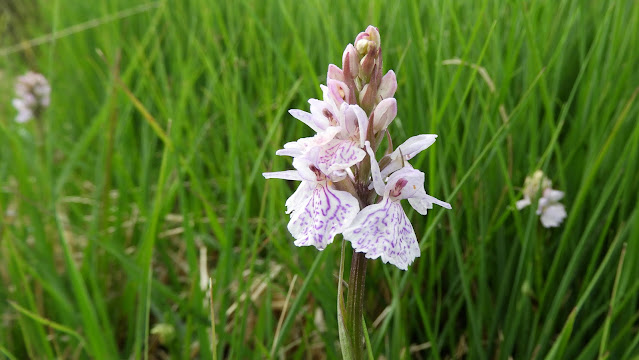 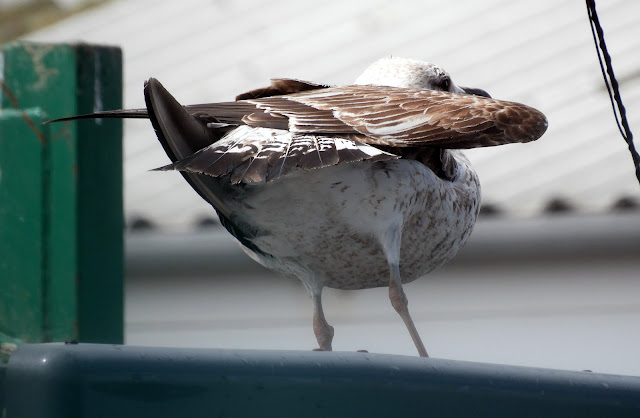 The first-summer Yellow-legged Gull was almost within touching distance, in the coastal waste recycling depot, this afternoon. It's great to have it around. 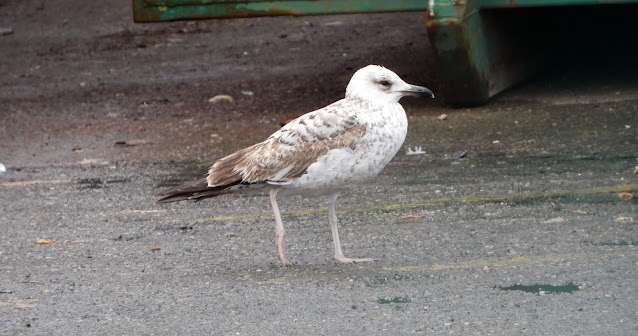 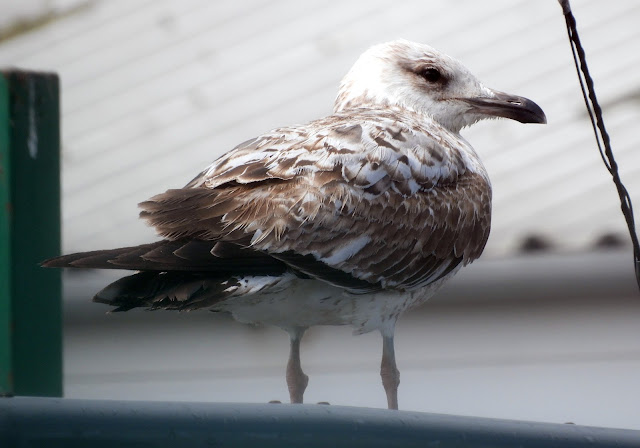