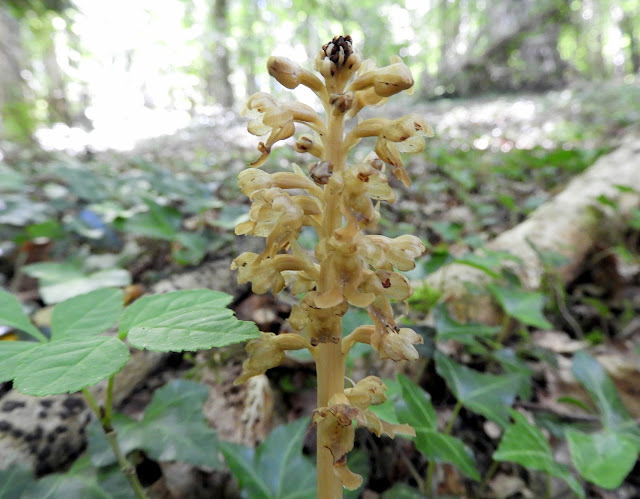 At long last I managed to find a Bird's-nest Orchid! Just the one but, having spent many hours looking, it feels like an accomplishment. I'm not actually sure how scarce these are in Devon but it feels like they are pretty rare to me! Not quite as local as I'd have liked but, nonetheless, very welcome, especially as loads of other stunning orchids were encountered along the way. I saw my first Bird's-nests in Buckinghamshire, almost a year ago today. See here. They were of the rarer 'pallida' form. I also saw some 'gone-over' plants in Gloucestershire, later in the year. They seem to be much more common elsewhere, but not so in Devon. Apparently these orchids are named after their tangled root system, which taps into a particular fungi, in order to steal nutrients (Bird's-nest Orchids have virtually no chlorophyll for photosynthesis, hence the need to parasitize the fungi). 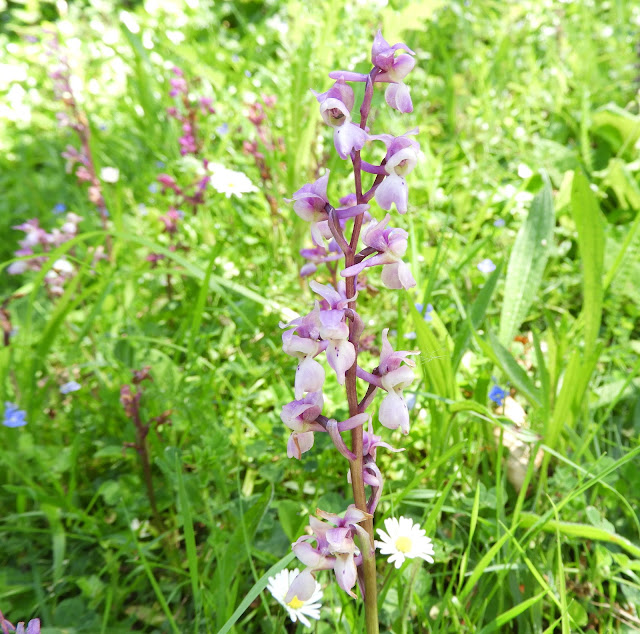 Early Purple Orchids were seen in good numbers today. Some have gone over whilst some look just great! 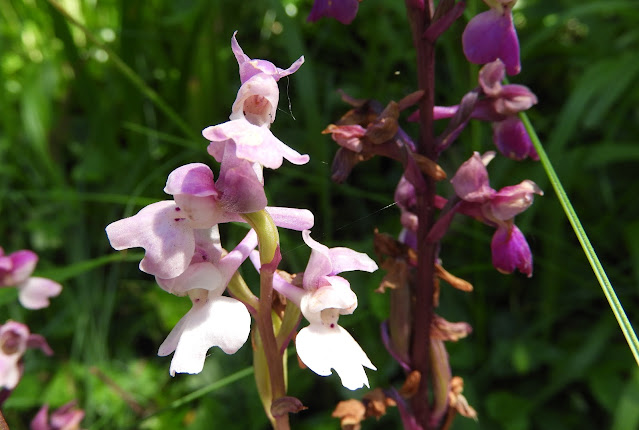 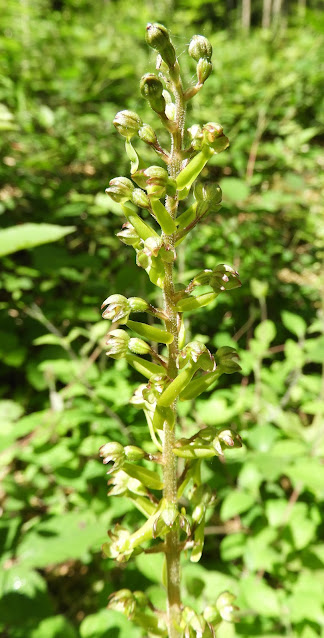 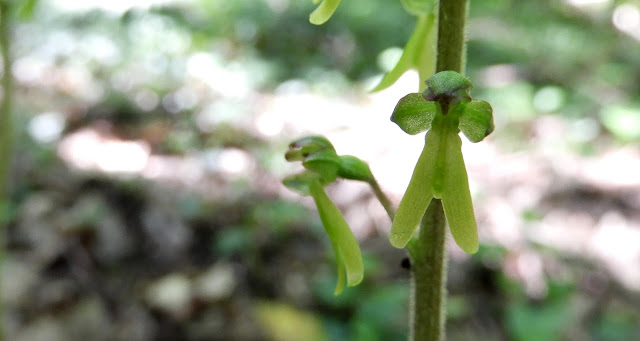 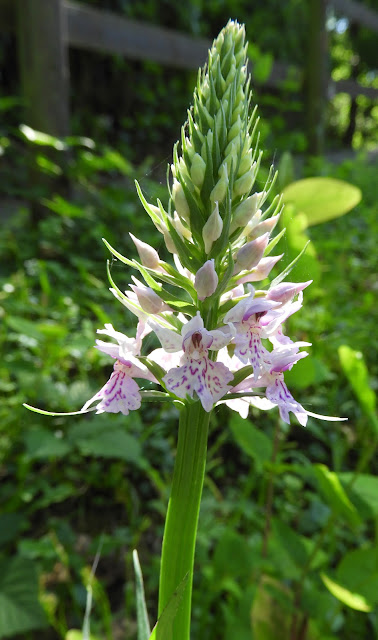 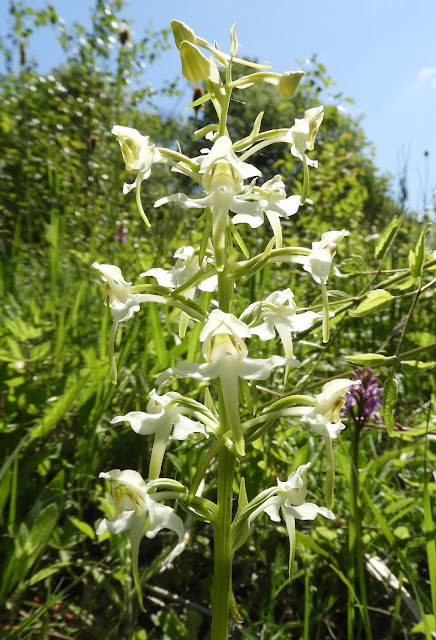 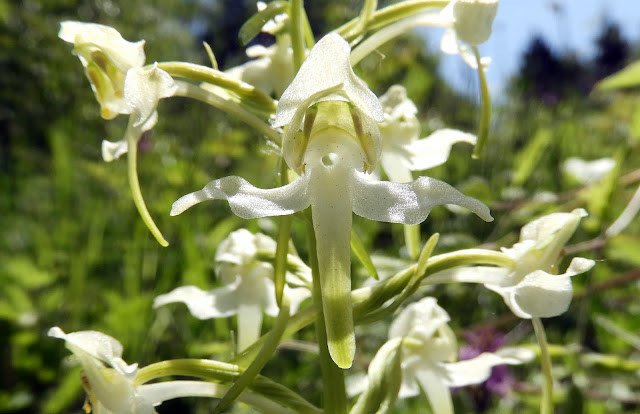 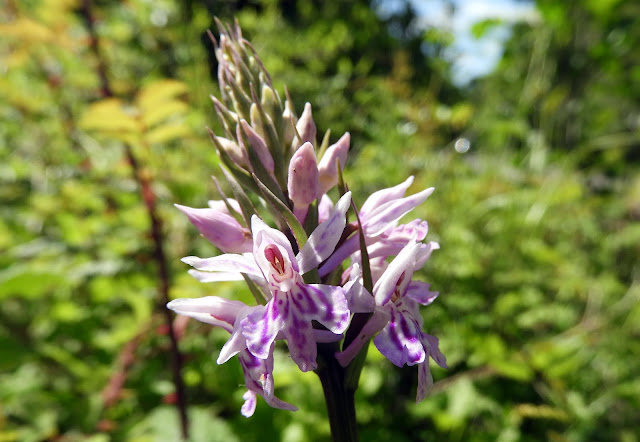 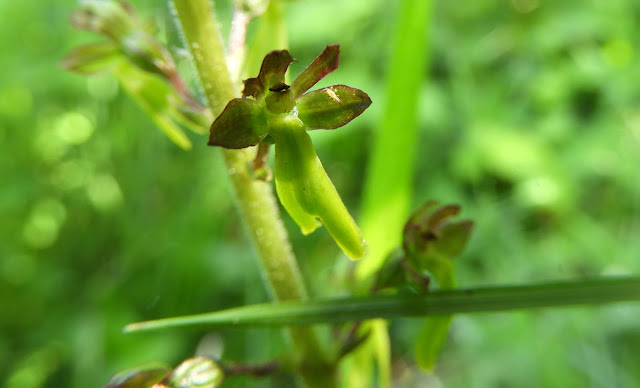 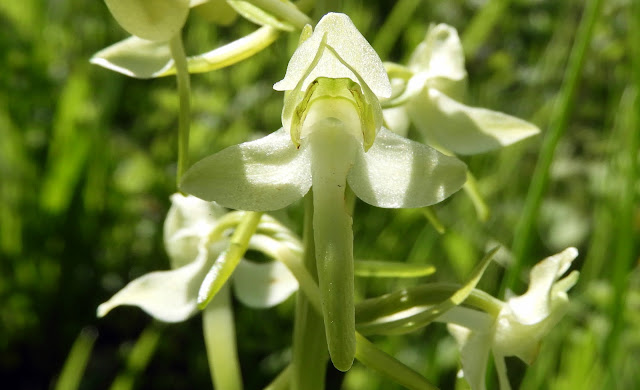 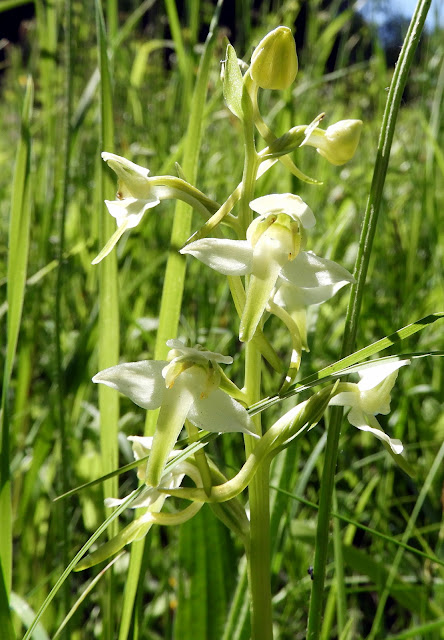 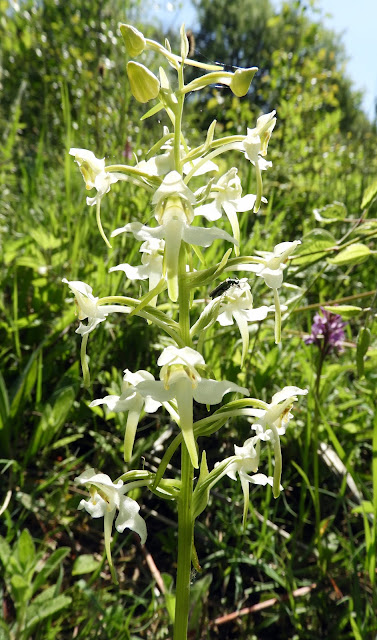 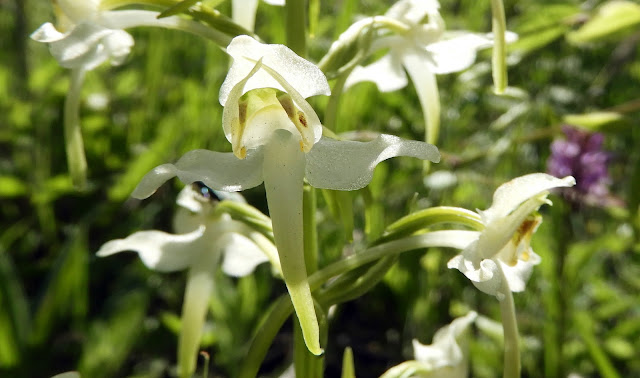 Small Grass Emerald. Lots of these on the wing today, on local heathland. This one has an attractive orangey tinge to it.