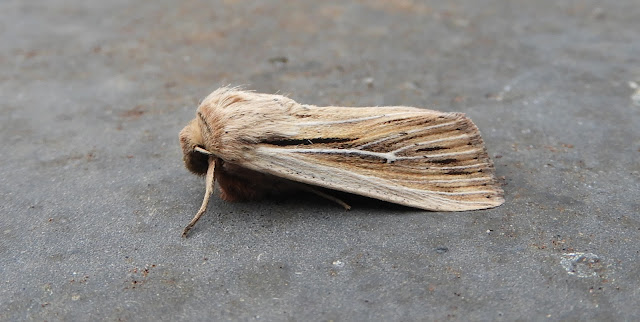 Shoulder-striped Wainscot.
Very quiet still, on the bird front. Three Dark-bellied Brent Geese and a single Pale-bellied Brent Goose remain off Mudbank, and a Cuckoo is still advertising its presence from the Bystock reserve. A couple Nightjars burst into some day-churring and, nearby, a Red Kite was watched distantly from Blackhill Quarry. 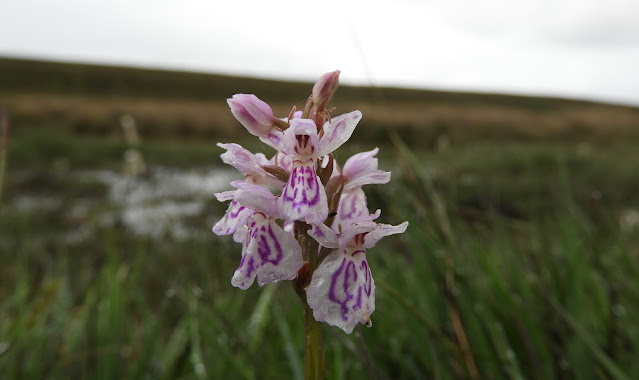 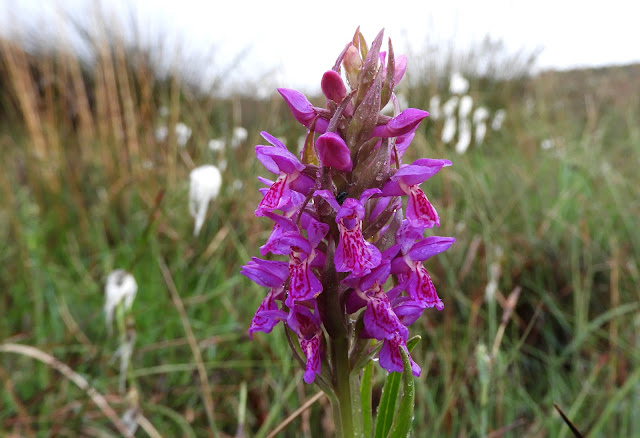 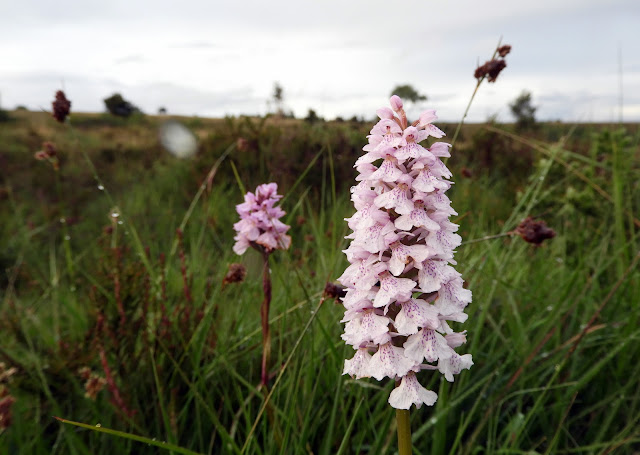 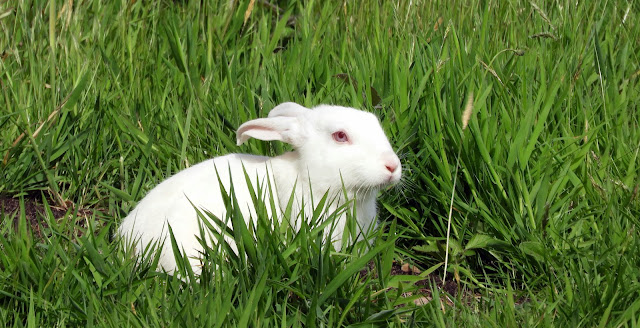 This albino Rabbit ran around me in circles before diving into some Brambles, on East Budleigh Common. Reckon it's somebody's ex pet. 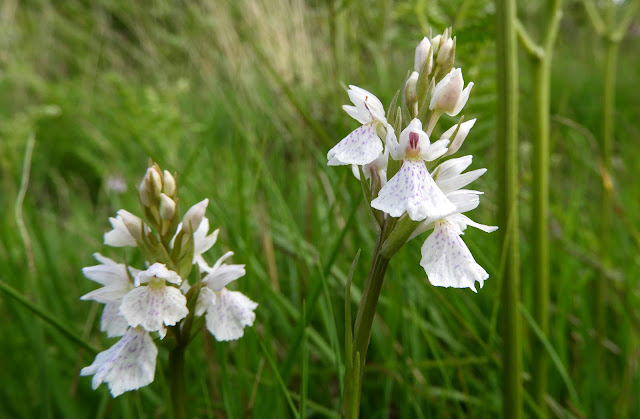 Some delicate, white Heath Spotted Orchids. Absolutely masses of these out now. I just love them. 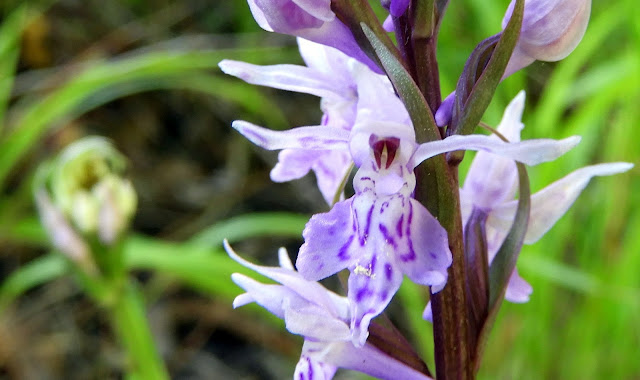 The vast majority of local Common Spotted Orchids are still not out. It won't be long though... 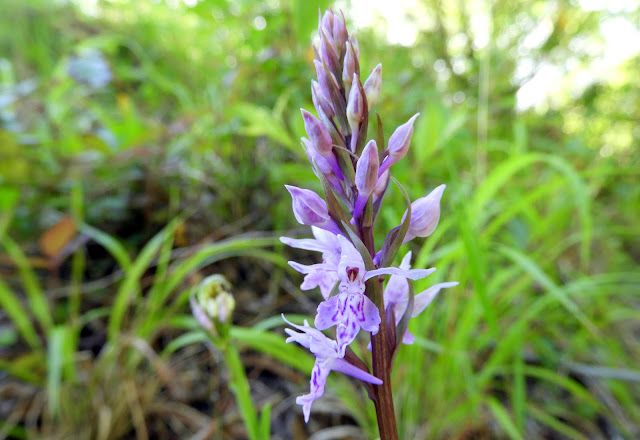 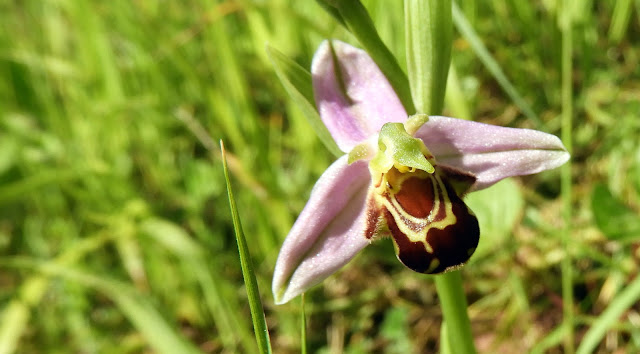 Bee Orchids are hard to find in Exmouth at the moment. I'm not sure it's going to be as good a year as last year, but I suppose it's still a bit early. 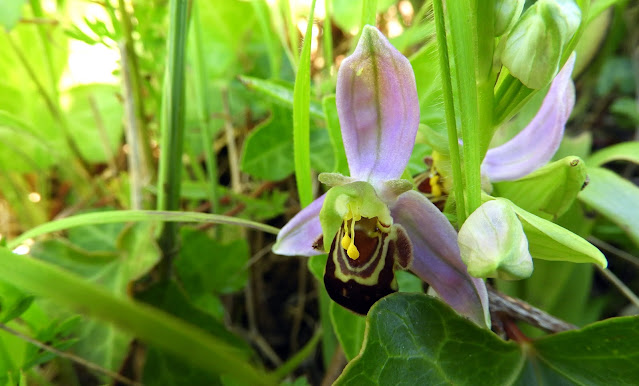 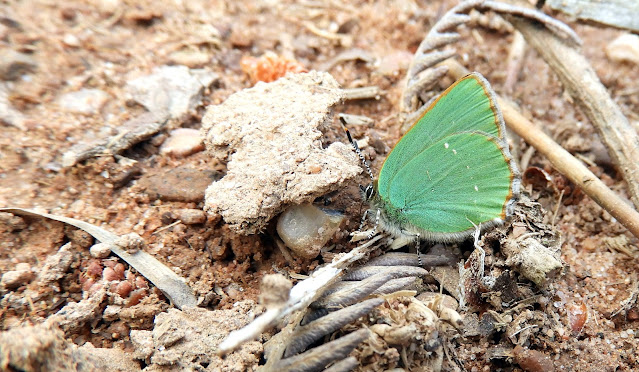 This afternoon's Green Hairstreak and Small Pearl-bordered Fritillary were both 'firsts of the year' for me. 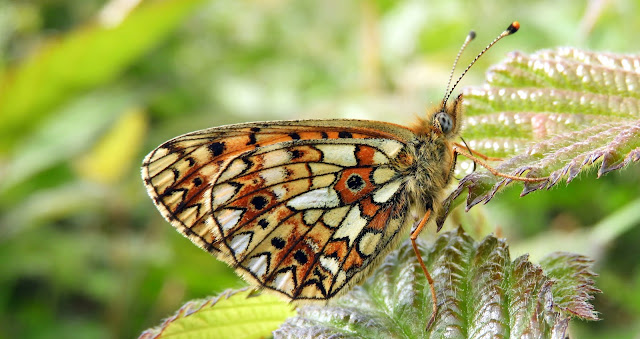