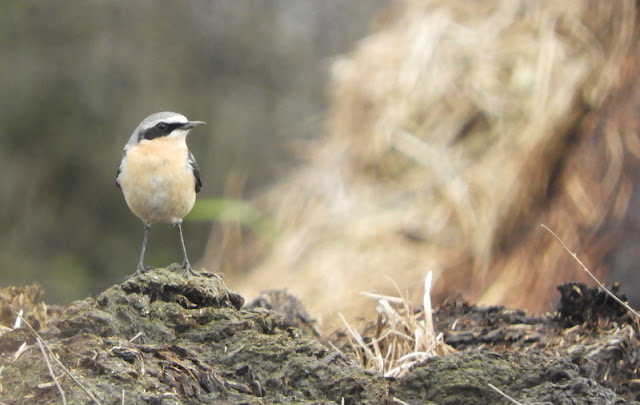 Wheatear - Orcombe Point - one of two this afternoon.
Orcombe Point - 2 Wheatear, 1 Chiffchaff and 1 Snipe. Off Mudbank - 4 Pale-bellied Brent Geese.
I popped over to Labrador Bay today (via the Long-billed Dowitcher at Bowling Green) to see the Surf Scoter. It's almost certainly the bird that was in Torbay last November - an immature drake with white nape patch but apparently no white on the forehead. Pity it was miles away but good to see nonetheless as it was keeping company with a female Velvet Scoter and a drake Long-tailed Duck. Weird to have three scarce species together in an otherwise poor year for wintering sea ducks. All three were feeding around the mussel farm buoys and spending extended periods of time on the surface rather than diving.
Yesterday off Mudbank - 14 Red-breasted Merganser, male Goldeneye, 1 Redshank, 1 Chiffchaff, 47 Turnstone, 5 Great Crested Grebe and 36 Dark-bellied Brent Geese. 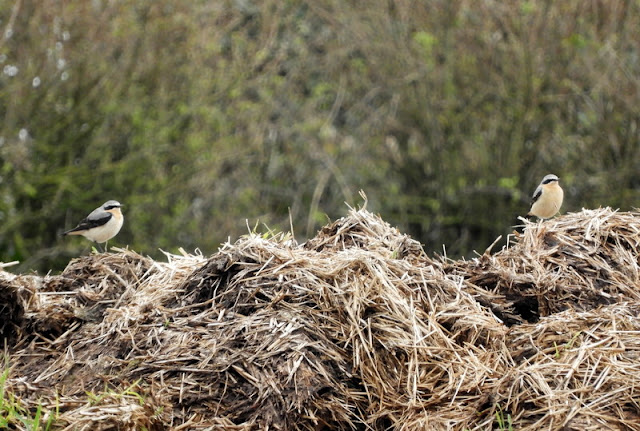 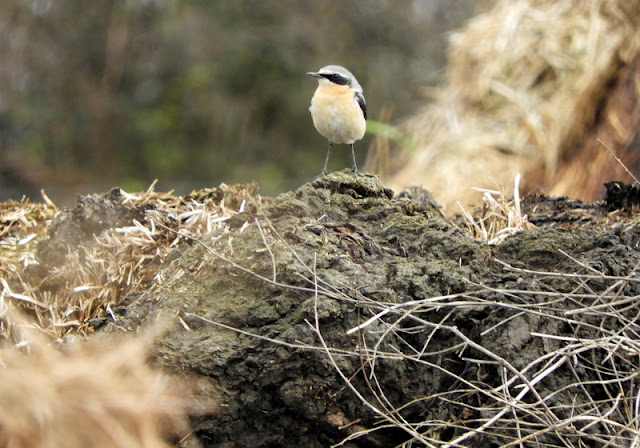 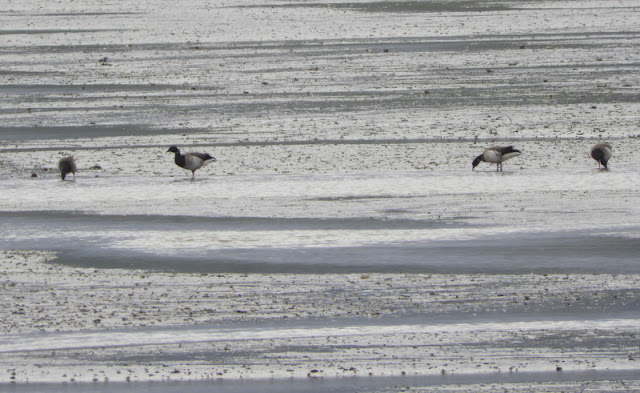 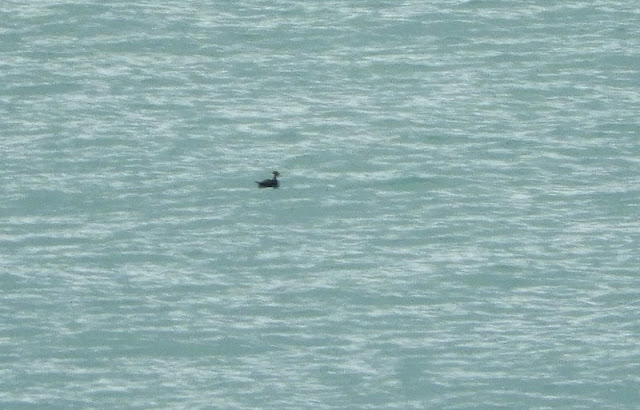 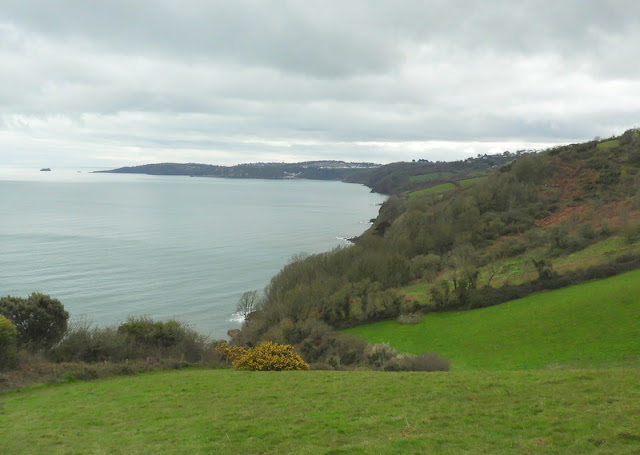 Labrador Bay. Cirl Bunting and Blackcap in song whilst taking this picture. The mussel farm is just out of sight , left of this picture. 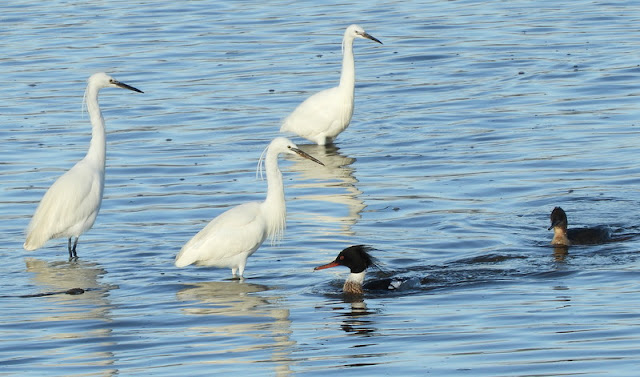 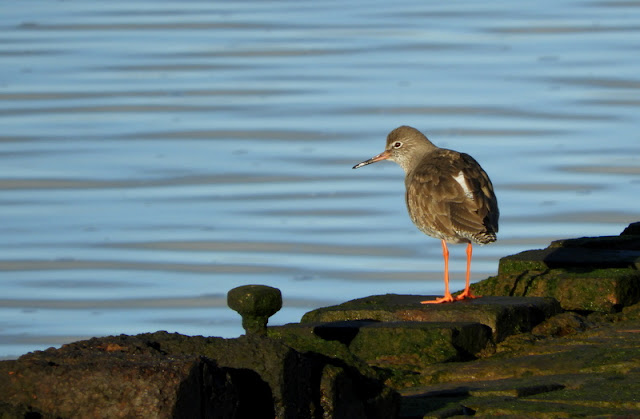 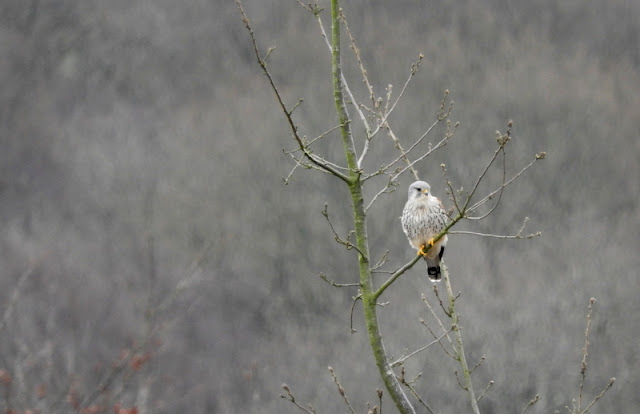 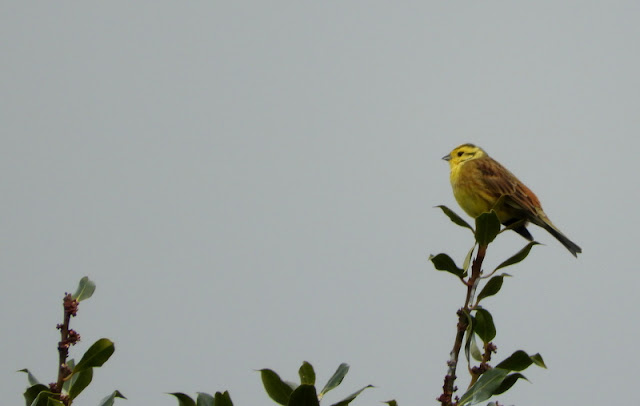 Male Yellowhammer - Withycombe Raleigh Common. Back on territory and my first in Exmouth this year.
Posted by matt knott at 10:22