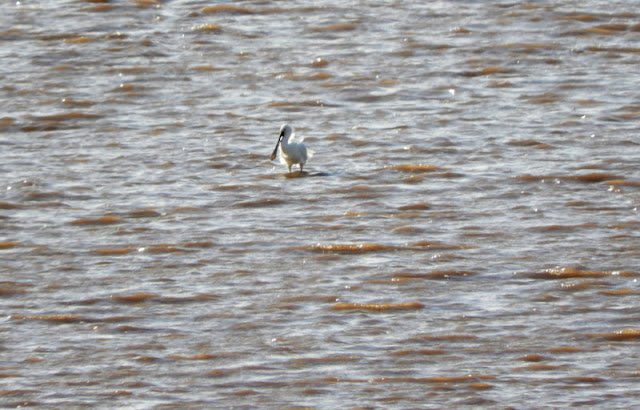 My first Spoonbill in Exmouth since November 19th 2016 was off Mudbank this afternoon. Apparently it was first noted on Exminster Marshes yesterday morning. It was initially feeding north of Mudbank, but conveniently moved much closer before moving back up towards West Lodge and then flying back across the river towards Powderham. Good to See Derek, Rupert, Carl and Jane.
Also off Mudbank today - 19 Pale-bellied Brent Geese, 7 Wigeon, 6 Lesser Black-backed Gull, 2 Peregrine and 4 Raven.
Earlier, a twenty minute sea-watch from the raised beach huts had yielded 2 Red-breasted Merganser, 5 Common Scoter, 2 Fulmar, 1 Great Northern Diver, 1 Red-throated Diver, 6 Brent Goose and 1 Curlew.
Just 3 Snipe, 1 Stonechat, c10/20+ Meadow Pipit and c10+ Skylark in cattle fields along Gore Lane. 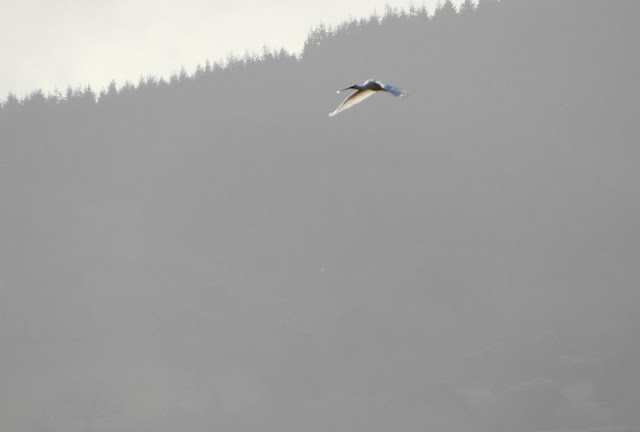 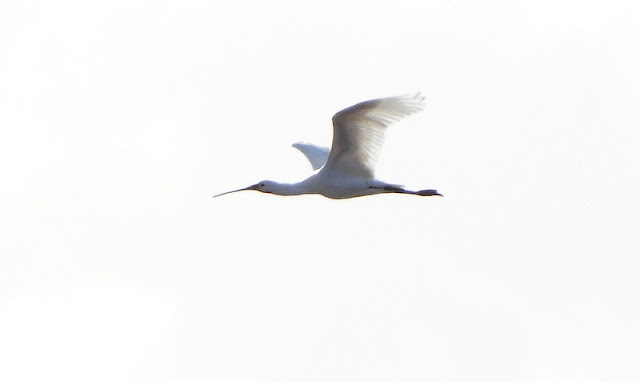 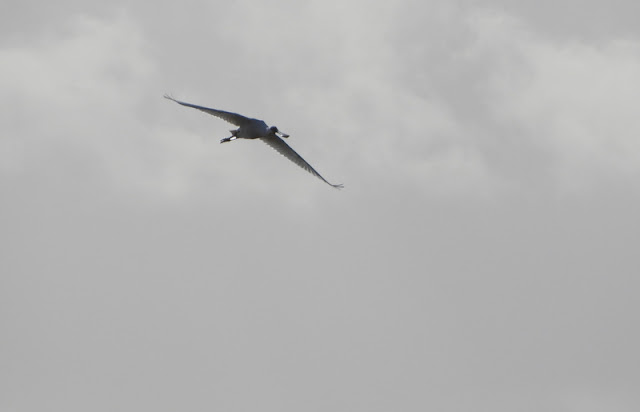 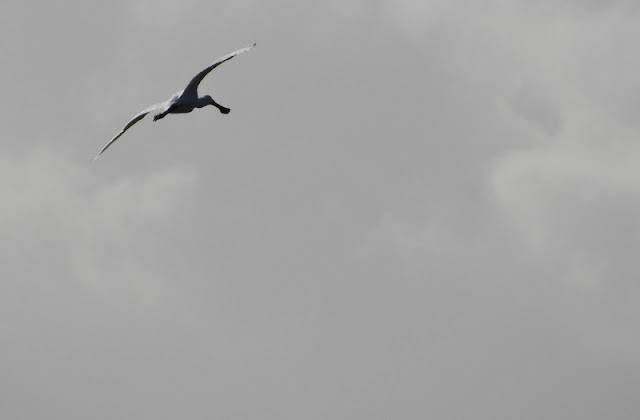 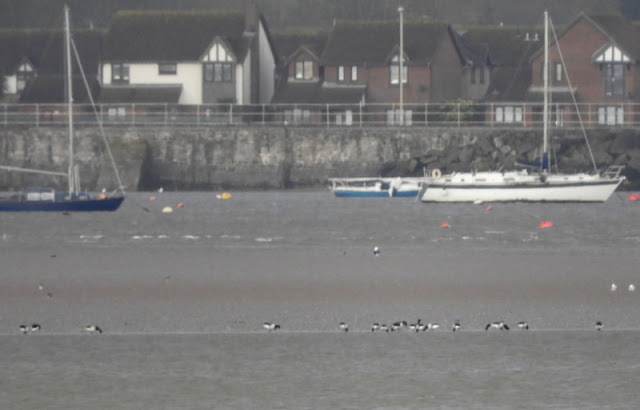 An early push of Pale-bellied Brent Geese was a bit of a surprise today. Nineteen birds were off Mudbank at 0840 this morning, before heading north. Not normally expected until the end of the month/April. 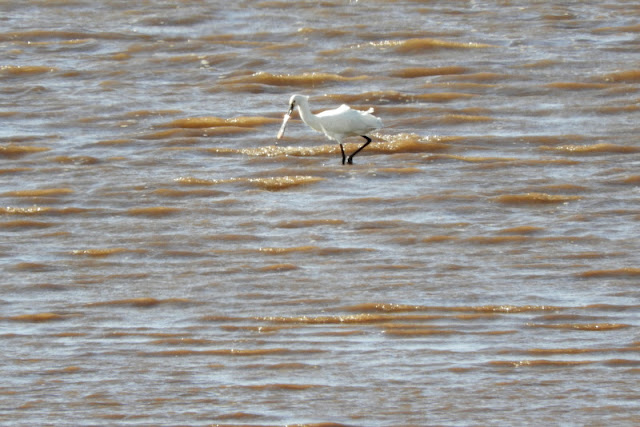