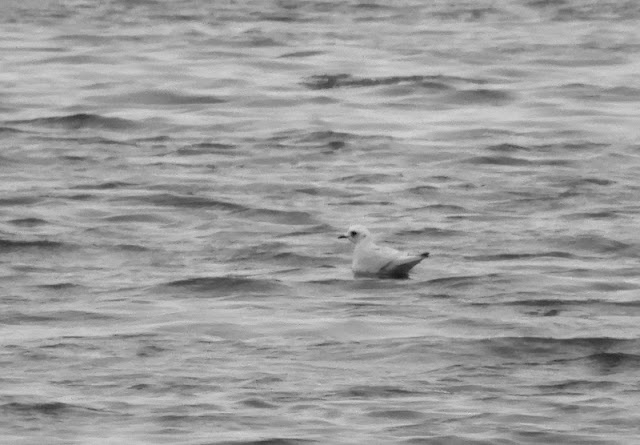 
I watched Joel's football match this morning and then chipped down to Plymouth for the Ross's Gull - a bird that's been gnawing away at the back of my mind since its discovery at South Huish (by Mike Passman), on Monday. I immediately bumped in to Steve Young on my arrival at the north end of the river, who had just missed it, so we headed down to the Laira Bridge where the bird was soon picked up, sat on its own beneath the bridge. The distance and drizzle meant the views were poor, but before long the roar of an engine flushed it over the bridge and downriver. We guessed it had gone to Oreston Quay and sure enough Steve got on it a few minutes after we'd arrived. We then enjoyed prolonged views of it before others arrived. Great to see Steve, Alan Doidge, Eric and Kev, and great to reacquaint myself with a species that I've been lucky enough to see a few times in Devon. The bird was always fairly distant but it could be enjoyed through the scope. Also off the quay - Great Northern Diver, Mediterranean Gull, Little Grebe and 2 Common Sandpiper. 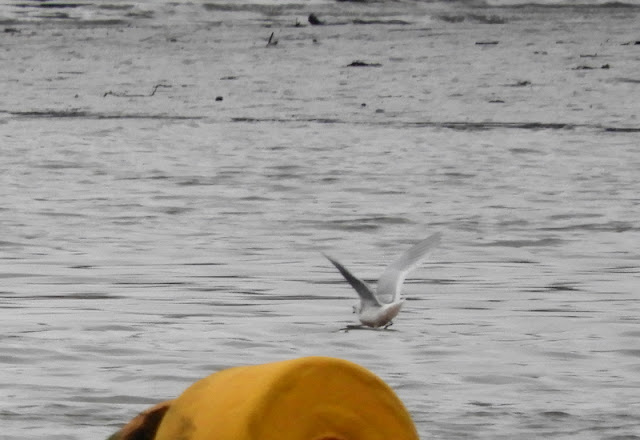 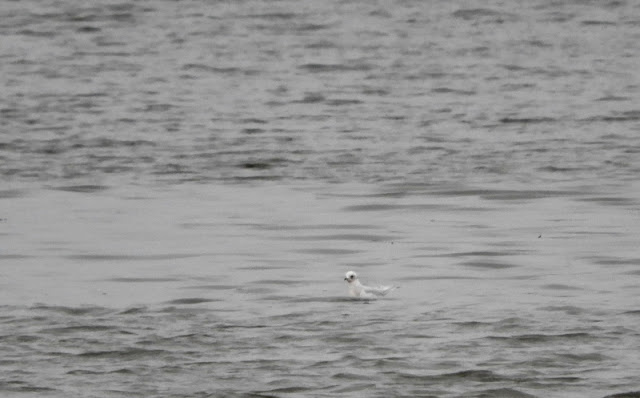 More dove than gull, Ross's Gull is a truly beautiful bird and one that I'll continue to make the effort to see, whenever I can. This bird has a lovely pink blush to the breast which contrasts with soft grey neck sides and silvery upperparts. 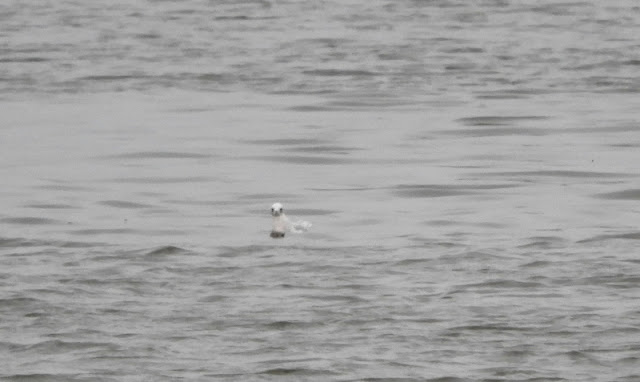 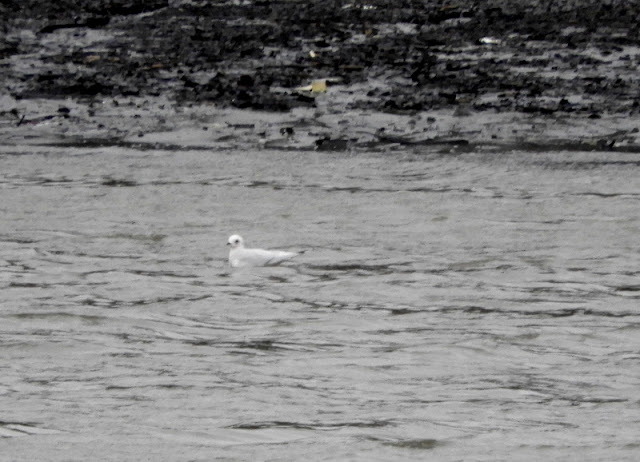