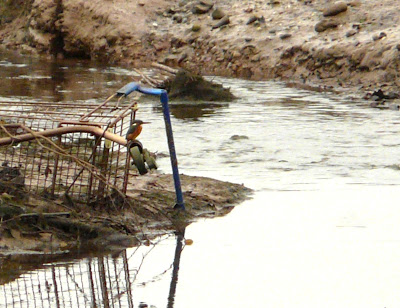 Kingfisher on one of its favourite Mudbank perches.
Just a few sightings from today before publishing the 2016 Bumper Review - one male Eider (immature/eclipse) distantly off the seafront this morning along with 3+ Great Crested Grebes, 2 Red-breasted Mergansers and c15+ Common Scoter. Two Rock Pipits were feeding on the beach and the Foxholes sallows held just 2 Chiffchaffs and 2 Goldcrests with no sign of the Firecrest that was in there yesterday.
One of the two Firecrests was again showing well behind the cricket club this morning and the Black Redstart was again between the Imperial recreation ground and Shelly beach in the 'Gut'.
Counts from the estuary (Mudbank/Imperial) included 9 Shoveler, 2 Gadwall, 45+ Pintail, c30+ Wigeon, 88 Shelduck and a Kingfisher. 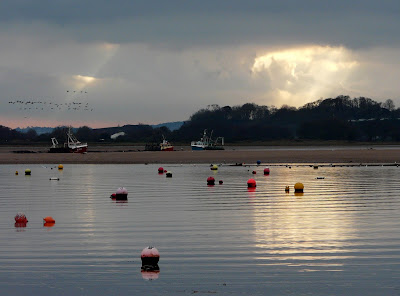 Brent Geese head into the estuary having flown over the Warren on a beautifully still winter's afternoon. 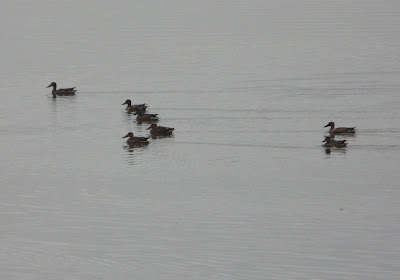 Seven of nine Shoveler off Mudbank today. A high Exmouth count.
Posted by matt knott at 07:53