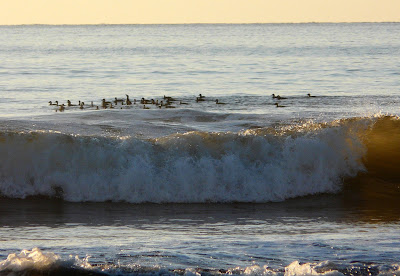 Common Scoters
I walked the beach from Orcombe to Sandy Bay first thing this morning. A Snipe flying along the beach was a surprise, as was a close-in flock of c40+ Common Scoters. I was looking for Black Redstarts among the boulders but drew a blank. There were just four Chiffchaffs and a Goldcrest in the sallows below Foxholes. The last time I had the Yellow-browed Warbler was late on Tuesday afternoon when there were an estimated 12+ Chiffchaffs present too. A single Purple Sandpiper showed itself on Maer Rocks first thing, along with at least 9 Turnstones.
Lu, Joel and I walked the dog on Woodbury Common before lunch, seeing very little until we bumped into a Chaffinch flock feeding on beech masts inside the hill fort. At least 2 Brambling were with them but I didn't stop to have a proper search.
With a persistent fog preventing me checking the river I decided to see if I could find any Black Redstarts. There were 2 around the Shelly Beach apartments and I picked one up from the car as I drove back home along Halsdon Avenue - a smart male bird. 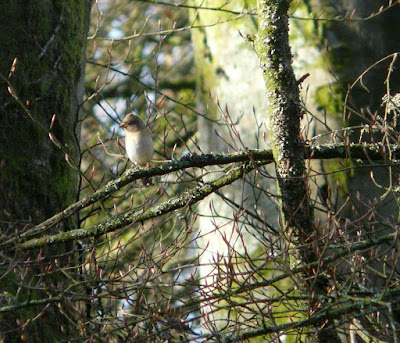 These 2 Bramblings were amongst Chaffinches up at Woodbury Fort. They seem to be a bit thin on the ground so far this winter. 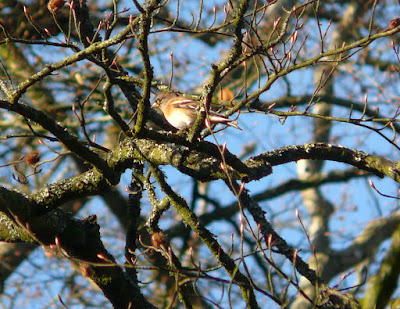 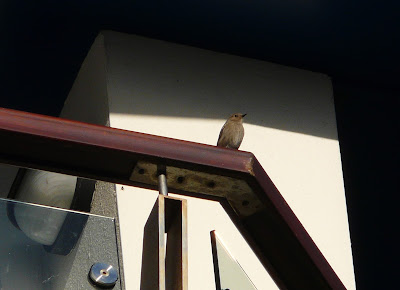 Above - female-type Black Redstart on the Shelly Beach apartments. A second bird was seen in flight only as it crossed the marina. Below - a male on Halsdon Avenue. 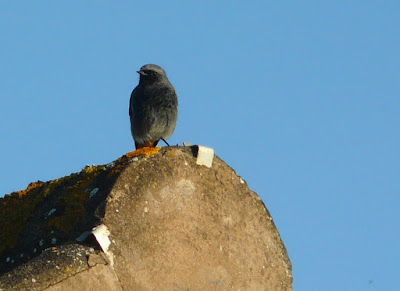 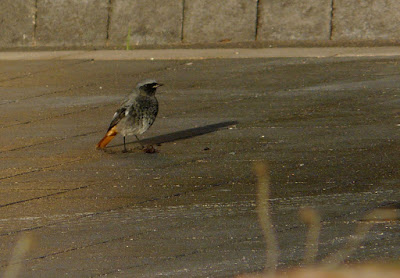