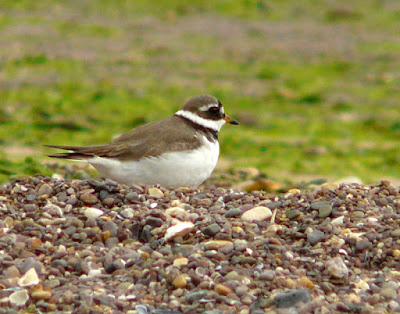 Ringed Plover on Exmouth Beach. It's quite unusual to get any waders on the beach so I was pleased to see this bird. It was calling for some time before I managed to clap eyes on it. Moving this late in May it's presumably a more northerly breeding tundrae race bird.
The usual circuit this morning, in less than ideal conditions, produced 3 great northern diver, 11 sanderling, 1 ringed plover and 18 canada goose that sat on the sea off the lifeboat station and then swam round Orcombe Point - bit odd!
I had to drop the kids in Topsham mid-morning so I had a quick squiz at Exminster Marshes. A lone dunlin was the only wader I could seen on the pools but I spent most of my time stood beneath the line of oaks on 'the bend' as a large hirundine flock swarmed around me. They were predominantly house martins but there were also several swallows and a small number of sand martins. About 50+ swift fed generally higher up and further out over the marshes. 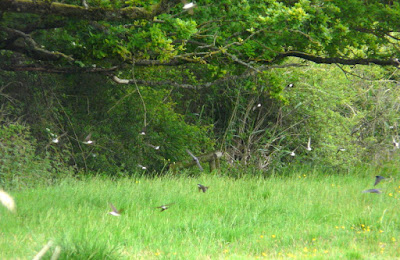 My camera can't cope with the lightening speed of hirundine flight but this photo hopefully gives some idea of how busy it was beneath the boughs of the oaks. 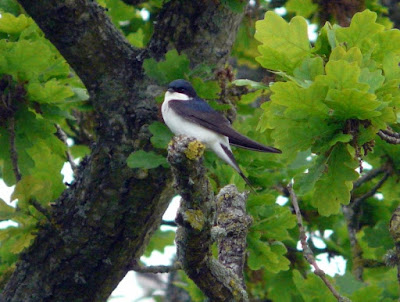 I absolutely love house martins. I see very few in Exmouth so watching them at close quarters this morning was all the more special. It was a bit of a novelty to see them sat in the lush green foliage of the oak trees. 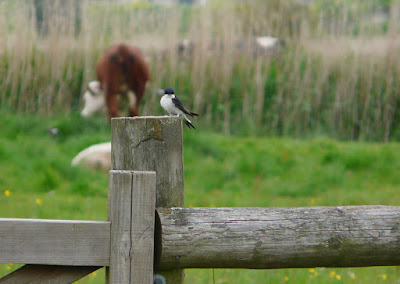 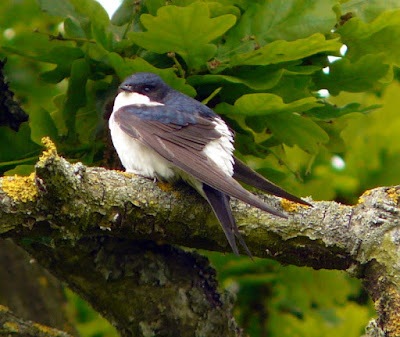 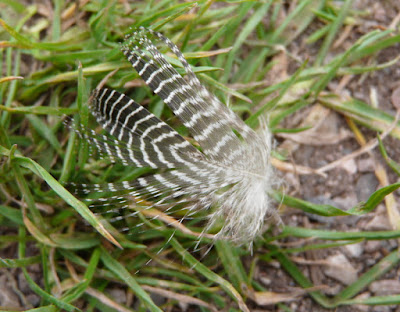 I picked this feather up on Exminster Marshes this morning. I'm useless with feathers - anyone any ideas? Would like to think it's the rear flank or undertail feather from a Baillon's Crake - yeah right!!??!
Posted by matt knott at 04:27