More Divers, Skuas and another Rosy 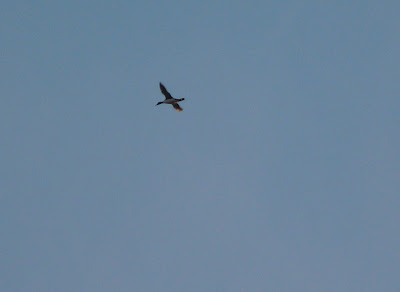 This Great Northern Diver did a couple high laps of Orcombe Point before apparently heading North. It seems as though there are really good numbers out in Lyme Bay at the moment.


A shorter spell of birding this morning. A quick sea-watch from 0530 - 0600, then a brisk walk around Orcombe Point before a very brief look off the Imperial.
The sea watch from the raised beach huts produced 18 whimbrel, 13 great northern diver, 10 sandwich tern and 3 arctic skua (2 dark, 1 light) sat on the water off Orcombe Point. Two were presumably the birds present yesterday. The point itself produced 8 swallow and 7 shelduck but I didn't get the sense that any new passerines had come in.
From the Imperial I got 75+ whimbrel, 26 turnstone, 1 dunlin and c30+ black-headed gull. A 20 minute look off the raised beach huts this afternoon (1540 - 1600) produced 20+ sandwich tern, a single roseate tern, 4 common scoter and another dark phase arctic skua south. 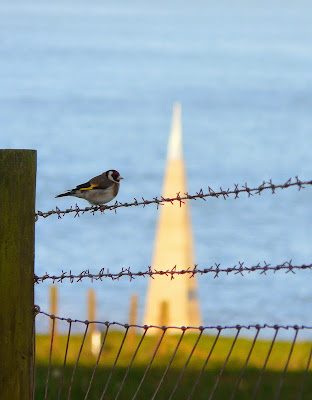 Goldfinch and Geoneedle.
Posted by matt knott at 12:17