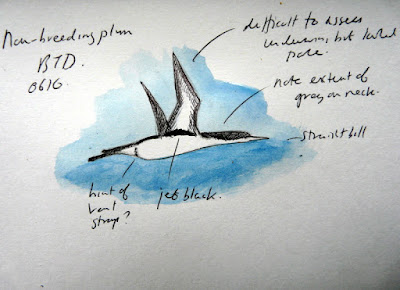 Black-throated Diver field sketches.
I did a sea-watch from 0520 - 0645, in a reasonable South-Westerly breeze, and had a nice selection of stuff. Most notable was a relatively close black-throated diver that flew West, past the lifeboat station, towards Langstone Rock. The bird was in non-breeding plumage and was in view long enough for me to complete the above sketch. Early yesterday morning I had it or another flying more distantly West. It pitched down on the sea somewhere off Dawlish Town.
Also this morning I recorded 4 great northern diver (taking the spring total to 123 so far), 37+ common scoter, 2 common tern, 6 sanderling, 3 first-summer mediterranean gulls that flew in together, 1 kestrel that flew across the bay towards the Warren, 2 swallow and my first great skua of the year.
Migrants on the Point included my first reed warbler (on Orcombe) of the spring, 1 sedge warbler and 1 wheatear. 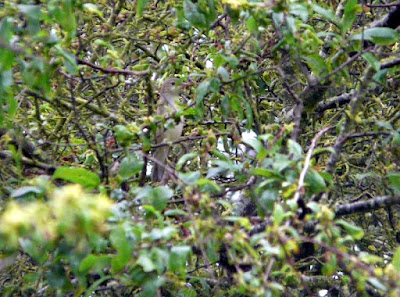 I probably average one or two records of Reed Warbler a year on Orcombe. They're always singing birds really late on in the spring. I very rarely see them so I was quite pleased to get the above record shot. Let's face it, I've taken worse photos! 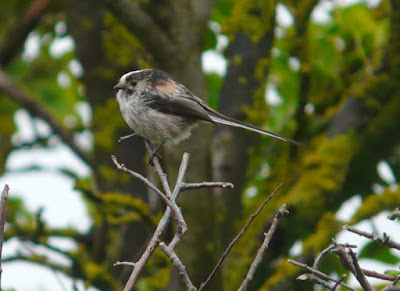 Good to see a large, recently-fledged, brood of long-tailed tits on the patch this morning. I'd estimate 10 - 15 juveniles. The above is a rather knackered-looking adult. Below - some juveniles. 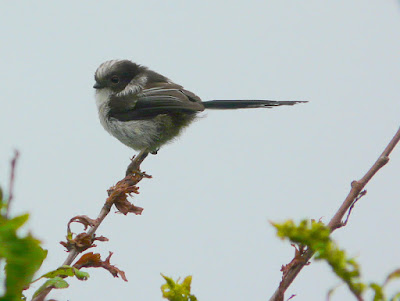 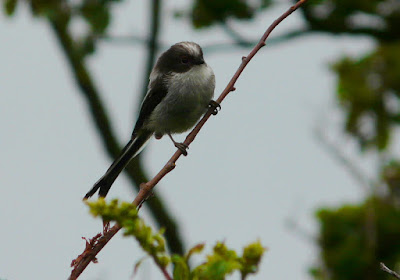 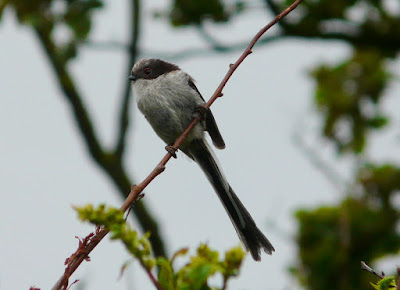