I should have gone for the diver before but the brunnich's guillemot, family life and apathy kind of got in the way. I've seen white-billed diver before but 'need' it for Devon. The problem is I'm not that fussed about my Devon list and Brixham is a fair old trek from Exmouth. I do of course love seeing rare birds regardless of whether I've seen them before so I finally headed down to Brixham first thing this morning and I'm really glad I did. The diver was first picked up in the inner harbour by a couple other birders so a short walk ensued before I clapped eyes on it - a tremendous bird with a mammoth 'banana' bill. I did a couple sketches but it was raining and my fingers got frozen so not much was achieved - see below (colour added at home). 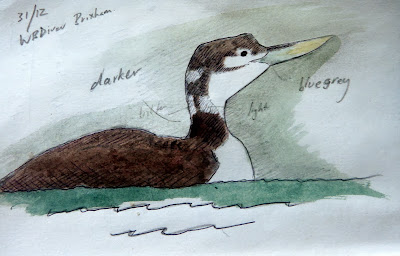 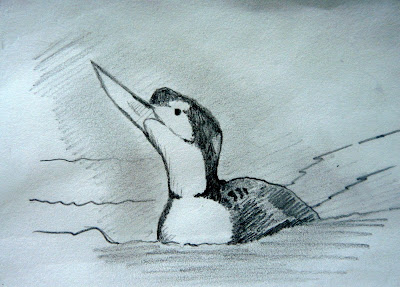 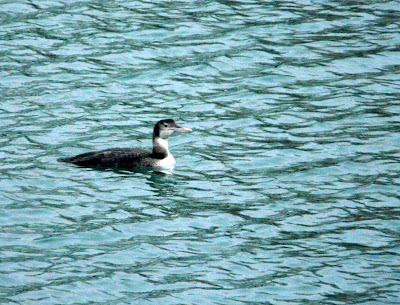 I then got a call from Mike who was on the opposite side of the harbour so we met back at the breakwater and went in search of the black guillemot. Bionic-eyed Mike almost immediately got on the darker of the two birds that has moved across from Hope's Nose. It showed down to a few feet! 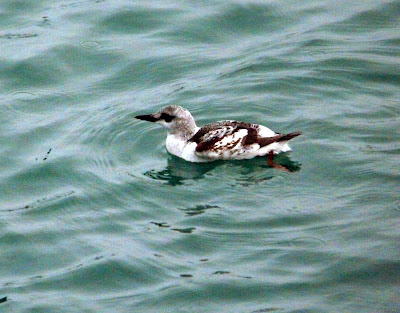 The heavy black markings on the wing coverts of this individual are noteworthy but it's presumably within normal range of variation for black guillemot. Mike then picked up the first winter iceland gull on the opposite side of the harbour and everywhere we looked there were divers - absolutely fantastic! 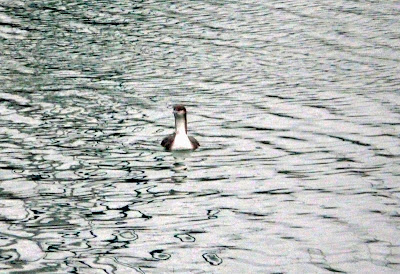 black-throated diver - 1 of four in the harbour

So totals for Brixham harbour were: white-billed diver, c5/10+ great northern diver, 4 black-throated diver, long-tailed duck, 4+ turnstone, 4 purple sandpiper, rock pipit, fw black guillemot, juv iceland gull, 1 guillemot and 2 razorbill.
I was supposed to then head straight home after Brixham but I couldn't resist a quick look at the Teign estuary - a place that still holds a place in my heart. A place where I cut my birding teeth, spending countless hours in sub-zero temperatures seeing very little!
After a number of scans from Lower (I think) Netherton Lane I fixed on a large gull facing me, stood amongst great black-backed gulls. It turned its head sideways to reveal a pink bill tipped black - it could only be a glaucous gull. I hurriedly walked downriver and was soon able to confirm it as a juv glaucous gull and a gigantic one at that, dwarfing the great black-backs! 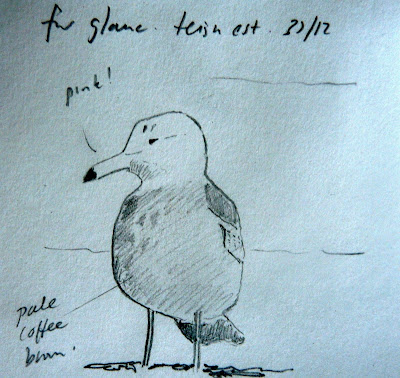 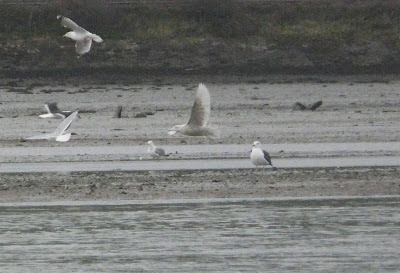 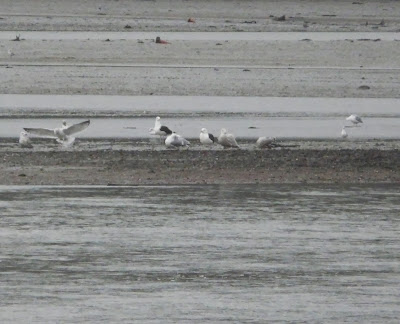 Gives some idea of size next to great black-backs 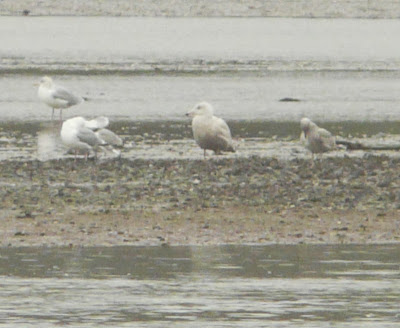 I birded the Teign for years but didn't see too many glaucous gulls, even when Fosterville tip was drawing the gulls in. I can't think of too many occasions when I've seen both 'white-wingers' in Devon on the same day so the odds are there will be more turning up in the next few days.
Great to catch up with Mike Langman and Mark Bailey today and a big thank you to Bill McDonald for finding the diver - a Devon 'biggie'!