I spent a bit of time on Orcombe early this morning. My Orcombe patch includes Maer Rocks which is where I do most sea-watching from (see the 'Patch' page for the boundaries I use). It was a clear morning so the sunrise was beautiful, prompting me to try some arty shots. They look much better on the back of my camera than on the computer screen though which is really annoying. Birds seen included 69+ brent goose, 6+ turnstone, the 2 female eider, 1 red-throated diver, 1 great crested grebe, the female velvet scoter, 2 mistle thrush and 3 song thrush. 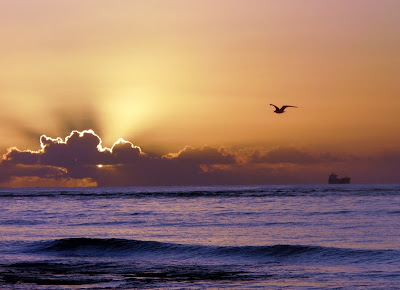 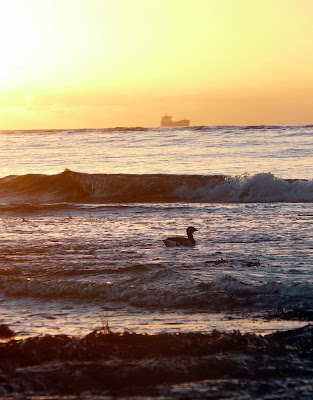 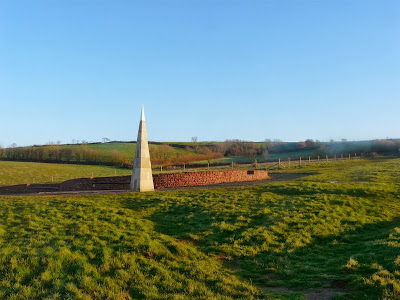 Looking east'ish from the tip of Orcombe Point with the Geoneedle in the foreground, which marks the start of the Jurassic coastline.

I scanned the sea from where the above photo was taken but it was pretty dead. However with a bit of patience, an apparently blank sea produced the female velvet scoter, a single red-throated diver and a great crested grebe. 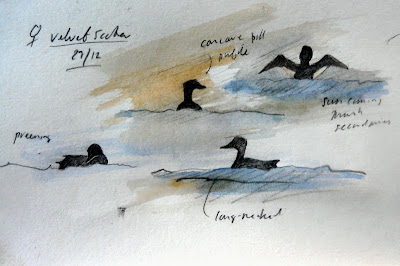 Continuing with the field sketching this distant velvet scoter wasn't an obvious subject but subtle detail like head shape is discernible even at range. The white secondaries were only visible during a wing flap but early brightness from the sun made even this feature quite tricky. On an overcast day with leaden sea this would be ten times more obvious. Velvet scoter is a really good bird for Orcombe (they much prefer the Warren) and although this is not my first I'm really chuffed to see it!