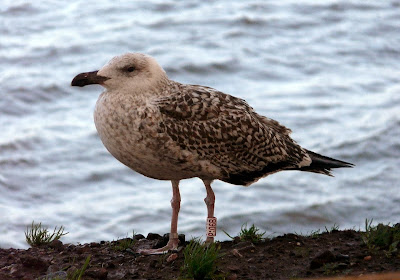 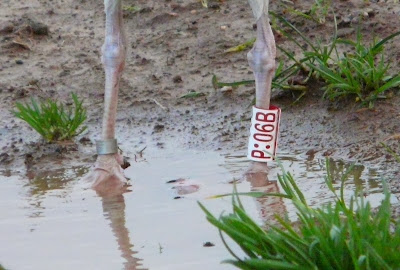 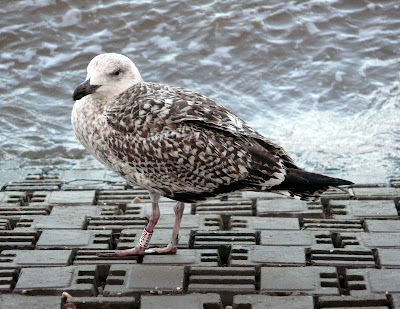 This first-winter bird is hanging around by the Imperial rugby ground beside the river. I'm guessing it's a Portland-ringed individual but will try and find out. Lee if you're reading this can you shed any light? I notice on the Dawlish Warren blog that they have recorded Portland and northern France birds recently. Notice,  from the lower photo, how difficult it is to read the darvic ring, even at close range - full credit to Lee and the Warren lads for putting in so much time and effort into reading colour rings - I'm not that patient I'm afraid.
Also this morning this pied wagtail allowed a close approach - I absolutely love this species. 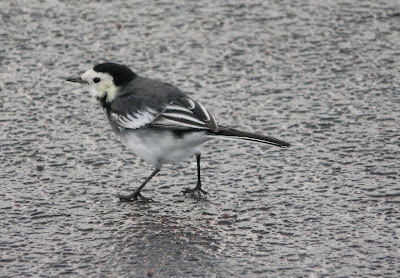 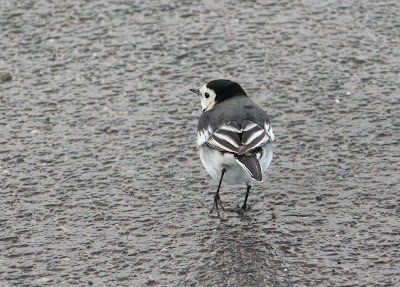 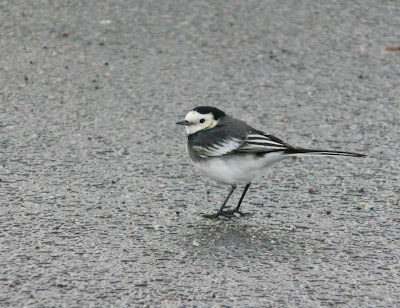 Another 45 minute dawn sea-watch off the raised beach huts produced the 2 female eider, 55+ gannet, 15 auk sp, 9 common scoter, 6 kittiwake and 6 diver sp that probably comprised all three species but all were picked up as they were heading away from me and were distant.
On a family trip back to Torquay this morning we managed to squeeze in a quick walk around Hope's Nose where 8 great northern diver were sheltering in the bay. 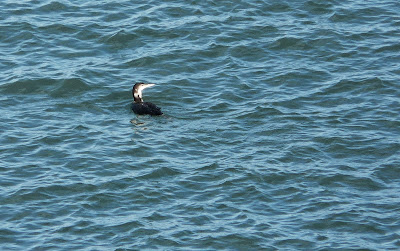 great northern diver - Hope's Nose - check out the white-looking bill - too much sun bouncing off it!

Evening update - many thanks to Kev and Lee for getting back to me so quickly. The GBBG was ringed on 28th of June this year, in Portland Harbour, by Terry Coombs. It has been seen at the Warren on at least four occasions in the last few weeks.
On a less pleasing note it turns out we were just a bit early for a black guillemot at Hope's Nose this morning. I did have the strong urge to sit down with the scope and do some proper birding there this morning but didn't have the scope and didn't have the time - c'est la vie!
Posted by matt knott at 07:48