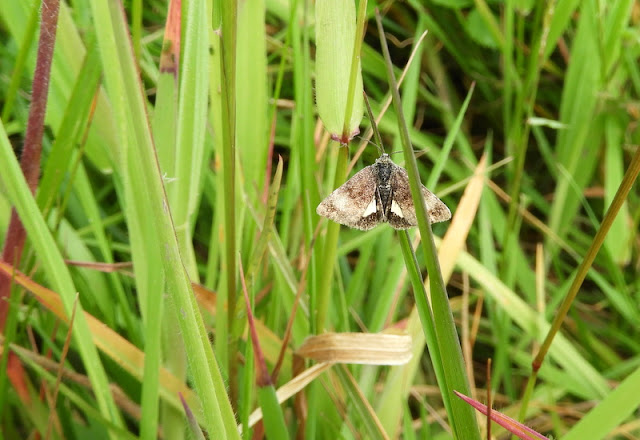 Small Yellow Underwing - Orcombe Point. I've been on the look-out for this species for a long time but didn't expect to find it on Orcombe. A closer look revealed its foodplant - Common Mouse-ear or possibly Field Mouse-ear? My first thought on seeing it was that it was going to be a 'micro' - it's that small. It was a lovely moment when it revealed its yellow underwings.
Yesterday I took advantage of the partial easing of lockdown restrictions and visited the commons early morning and Orcombe Point in the afternoon. It felt great to be up on the commons again with 2 Cuckoo in full song, several Willow Warblers, lots of Stonechats with recently-fledged young, 5 Dartford Warblers (including a very recently-fledged youngster), Lesser Redpoll, 3 singing Whitethroat, a pair of Tufted Duck, at least 10 Sand Martin and lots of other bits and pieces noted.
Back home, from the garden, 40 Sanderling, 1 or 2 Dunlin, 24 Sandwich Tern, a couple Whimbrel and a flock of 13 House Martin the only species of note, along with the regular 5 Dark-belied Brent Geese. 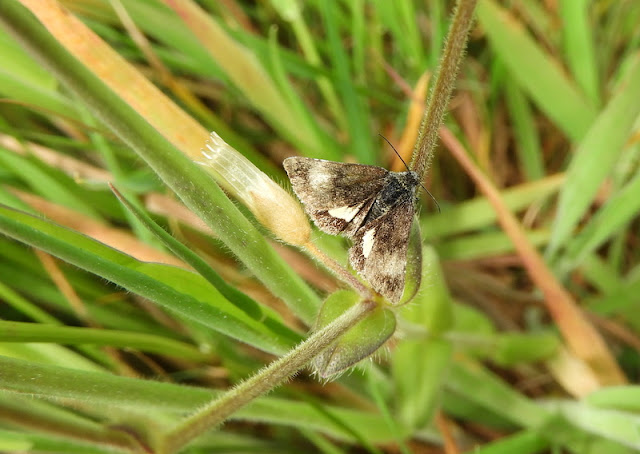 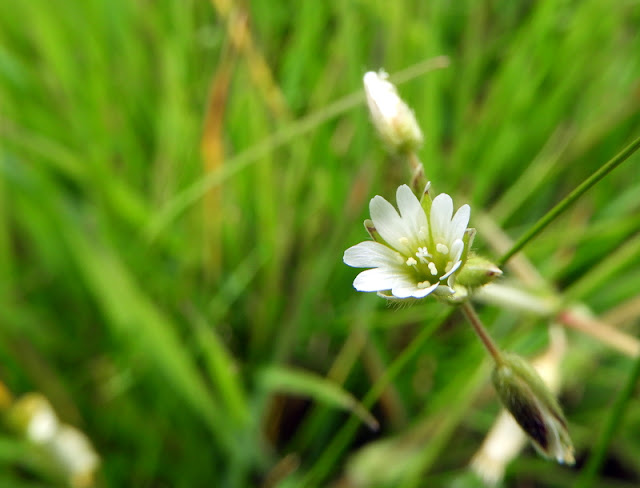 Common Mouse-ear or Field Mouse-ear? I'd really appreciate some help if anyone knows. 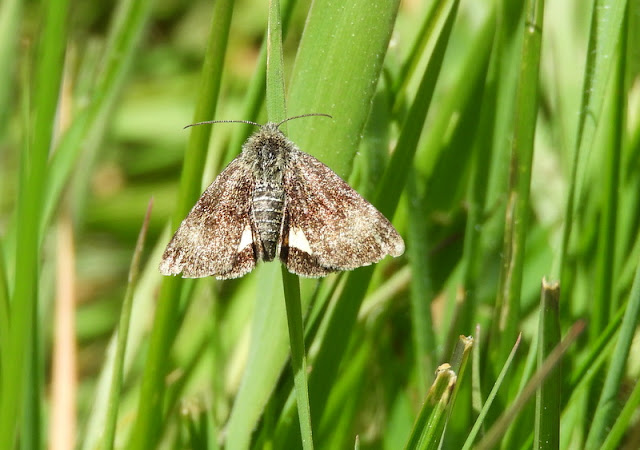 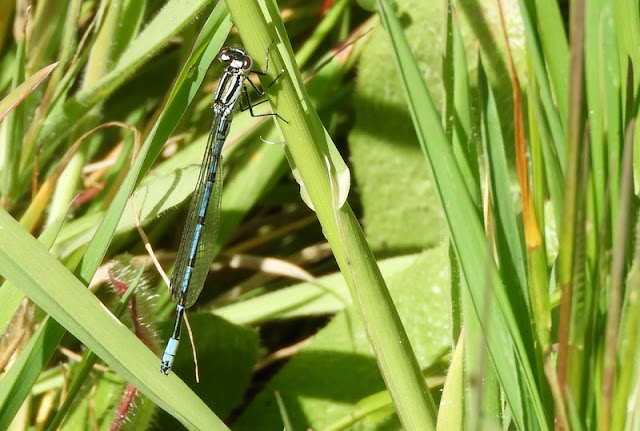 Azure Damselfly - in the same field as the Small Yellow Underwing. 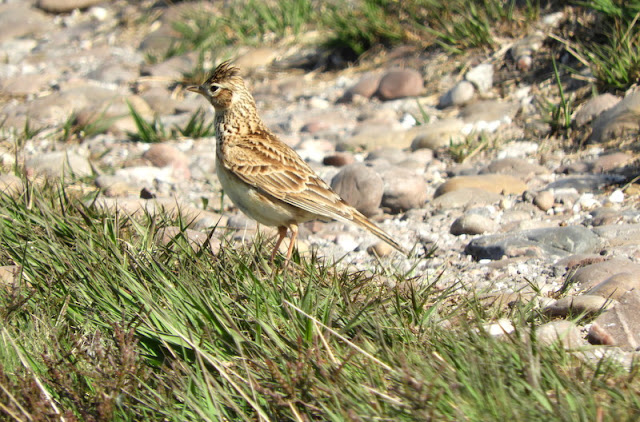 Good views of Skylark on the commons yesterday morning. They're easy to see on the wide tracks that criss-cross the heathland. 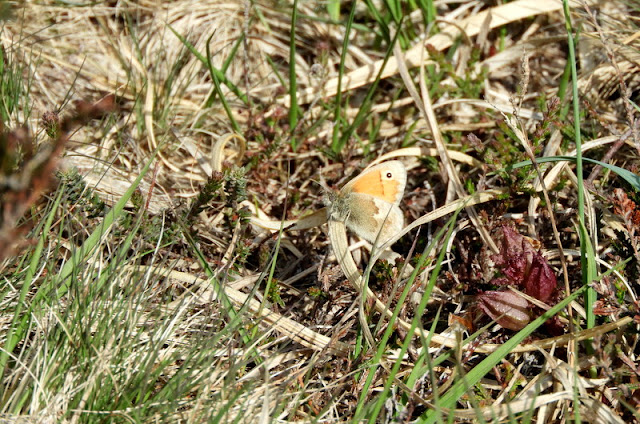 Small Heath - only the one seen. Many more on the way hopefully. 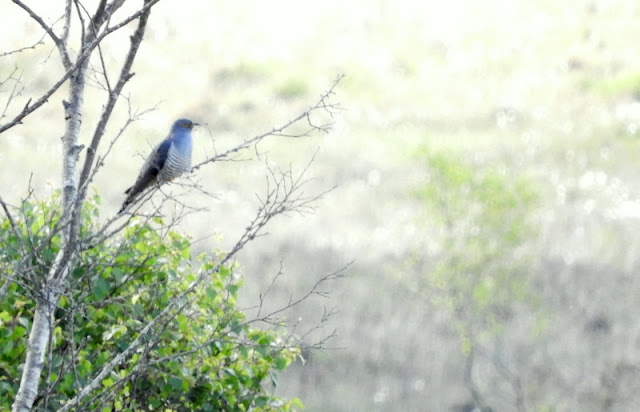 One of two singing Cuckoo on the commons yesterday morning. This one was attracting the attention of a Meadow Pipit. 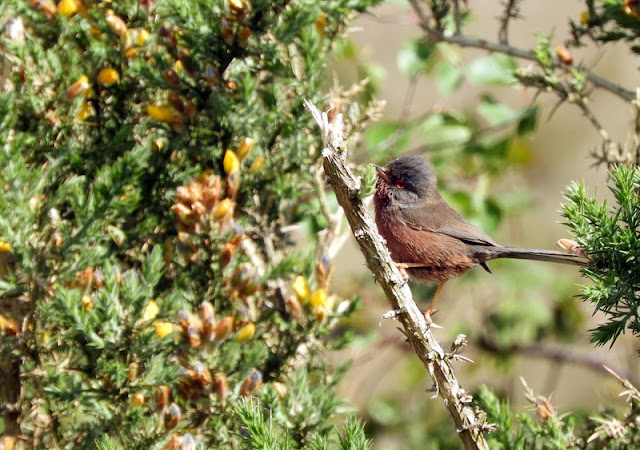 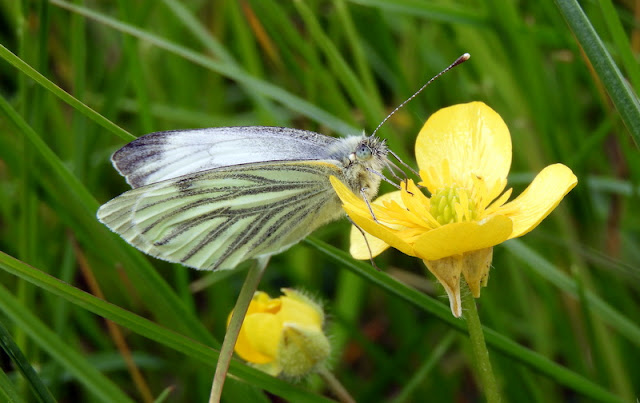