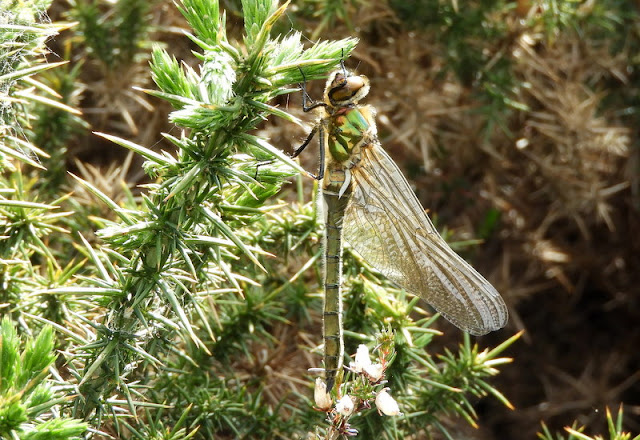 Downy Emerald - Withycombe Raleigh Common. We're very lucky to have this rare and beautiful species here in Exmouth. Last year I spent hours at Bystock DWT reserve, trying to photograph them, but succeeded only in obtaining some blurry flight shots. I'd planned to try again this spring but the Covid-19 restrictions have meant it's just not feasible to be waiting on a narrow footpath alongside the pool, with no means of maintaining the recommended  2 metres. Instead I opted for a quiet area of heathland across the other side of the road. My reward was stunning close-ups of this gorgeous insect. On landing it held its wings out horizontally, in the manner I'm accustomed  to, but it slowly closed them behind its thorax in a fashion more akin to a damselfly.
At least 50 Sanderling were on Cockle Sands, viewable from Mudbank, shortly after dawn. On Orcombe Point single migrant Spotted Flycatcher and Wheatear were recorded
The moth trap remains pretty empty but 2 Sandy Long-horn Nematopogon schwarziellus and a Pale Tussock were firsts for the year. Otherwise I trapped 1 Brimstone Moth, 1 Common Marbled Carpet, 1 Common Pug, 1 Garden Carpet, 3 Cinnabar, 1 Double-striped Pug, 2 Yellow-faced Bell Notocelia cynosbatella, 2 Muslin Moth, 2 Treble Lines, 1 Purple Bar, 1 Ruddy Streak Tachystola acroxantha, 2 Rusty Dot Pearl, 1 Common Carpet, 2 Heart and Dart, 1 Shuttle-shaped Dart, 1 Vine's Rustic and 1 Swan-feather Dwarf Elachista argentella. 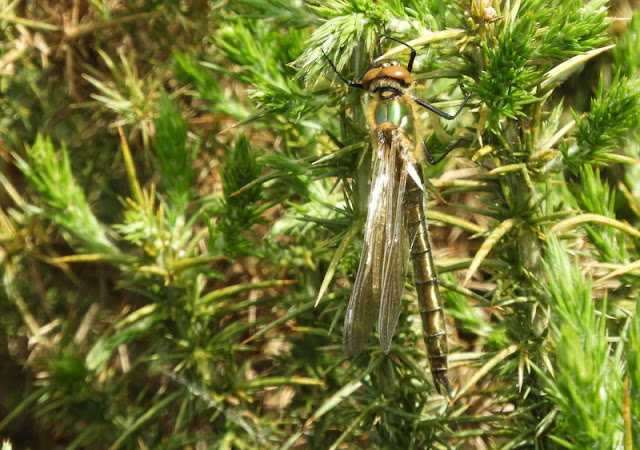 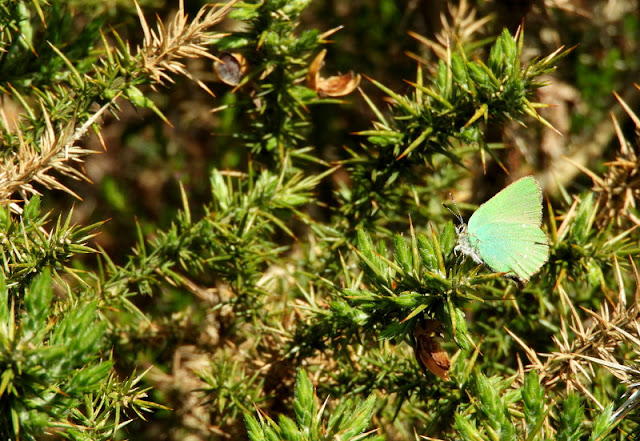 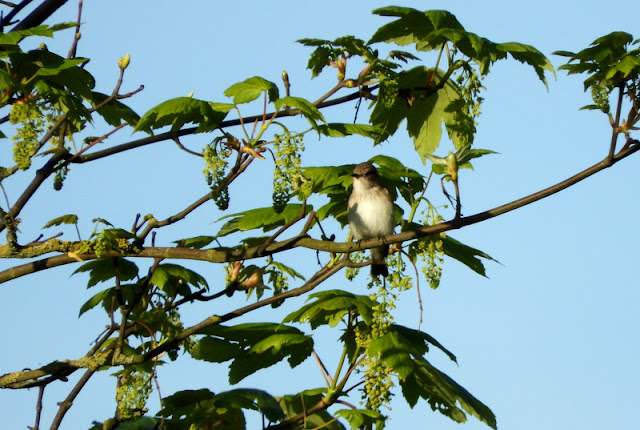 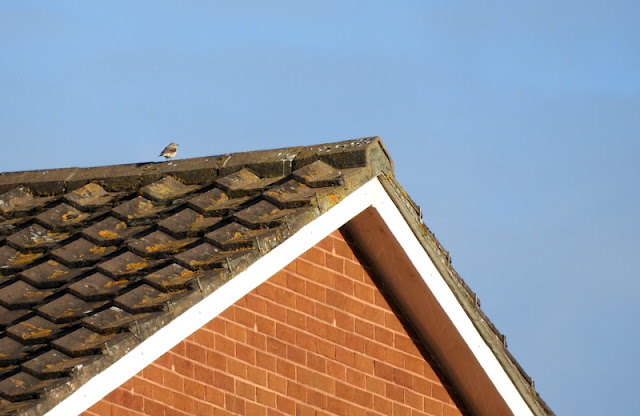 Just the one Wheatear this morning but to be honest I wasn't expecting any! 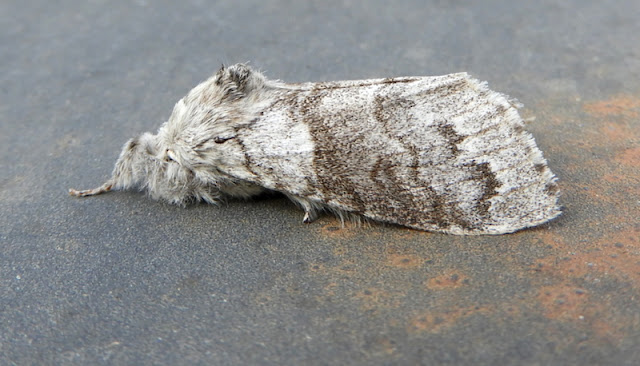 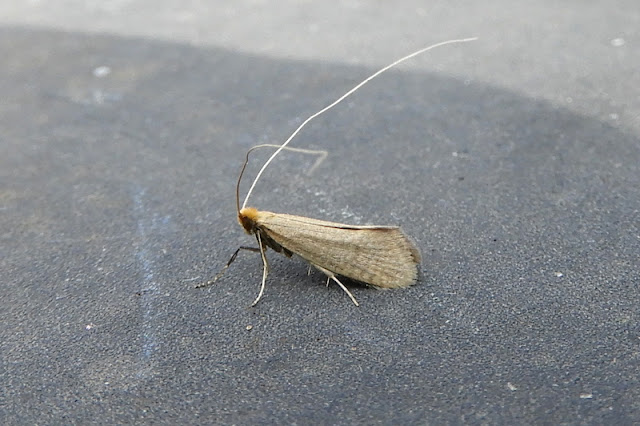 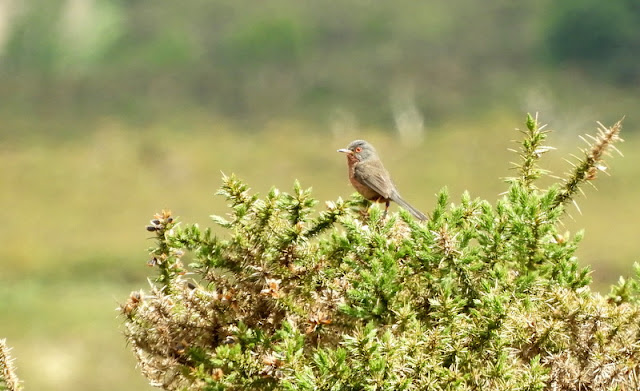 A stroll from Blackhill Quarry to Woodbury Common produced this Dartford Warbler, 4 singing male Whitethroat, 1 Lesser Redpoll and, most surprisingly, a male Reed Bunting. I'd planned a longer walk but it was so busy up there that I turned around and went home! 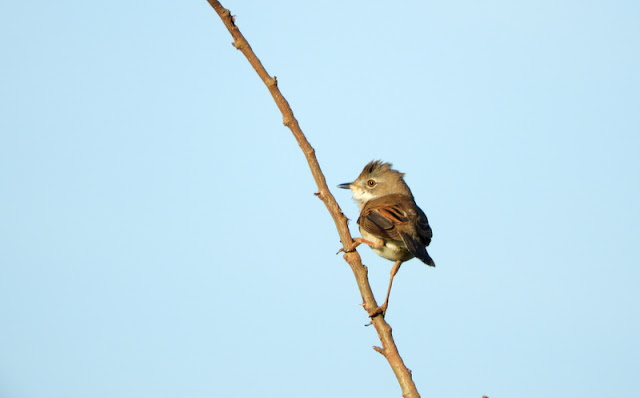