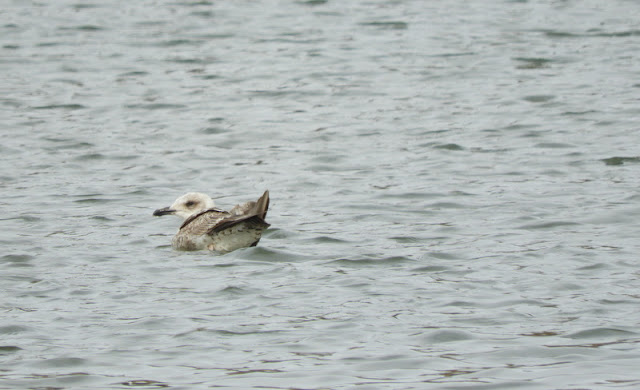 Two brief gulls at Blackhill Quarry this morning whilst walking the dog - the first looks ok'ish for first-summer Yellow-legged Gull but I'd have liked better views and don't think a Lesser Black-back is by any means out of the equation. The second just a Lesser Black-backed Gull but a bit odd-looking.
A quick sea-watch from the raised beach huts this morning produced 12 Common Scoter, 1 first-summer Mediterranean Gull and a single Manx Shearwater. It wasn't great. 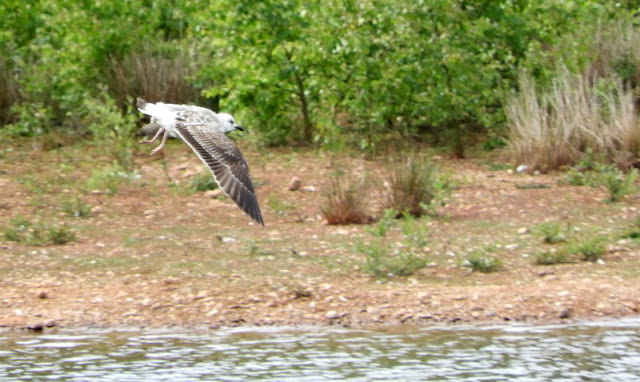 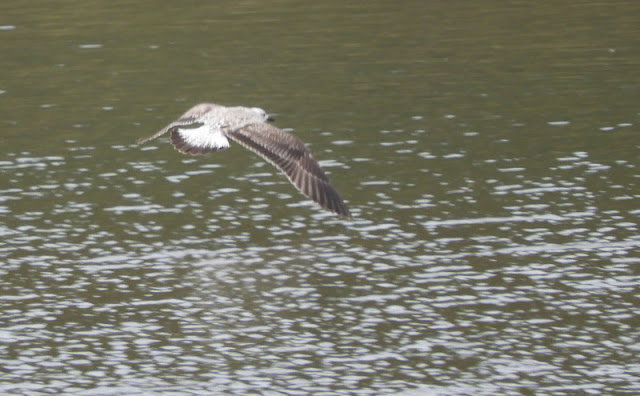 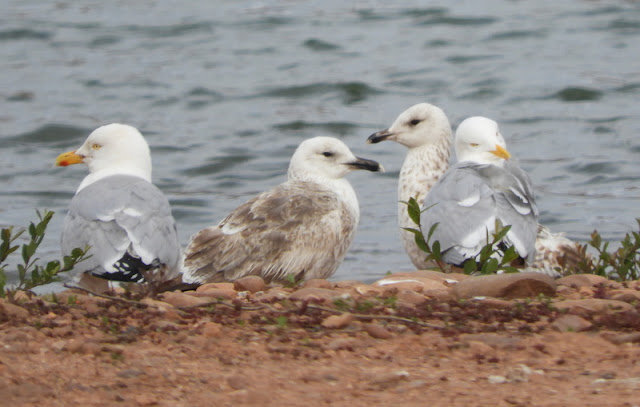 The second bird is presumably just a first-summer graellsii Lesser Black-backed Gull but its plumage is extremely worn and difficult to assess. The wing coverts are in tatters and it looks like some dark smoky-grey adult-type feathers are appearing in some areas. I was struck by its almost cachinnans-like head and bill. Annoyingly I took my eye off it for a second and it was gone. 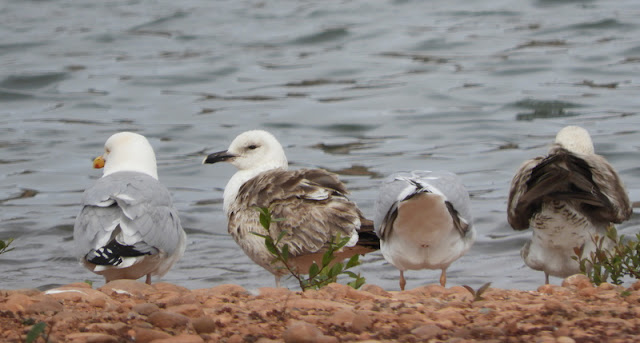 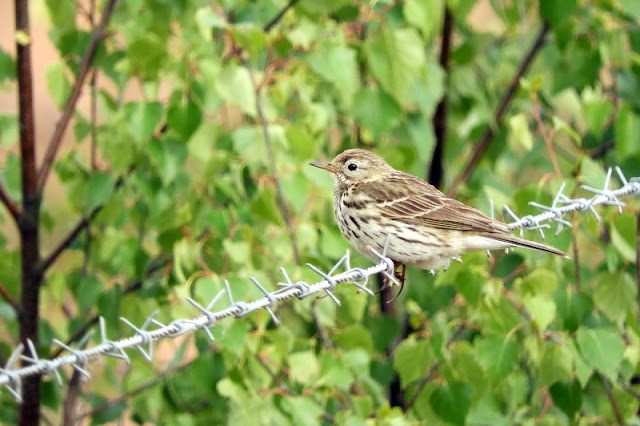