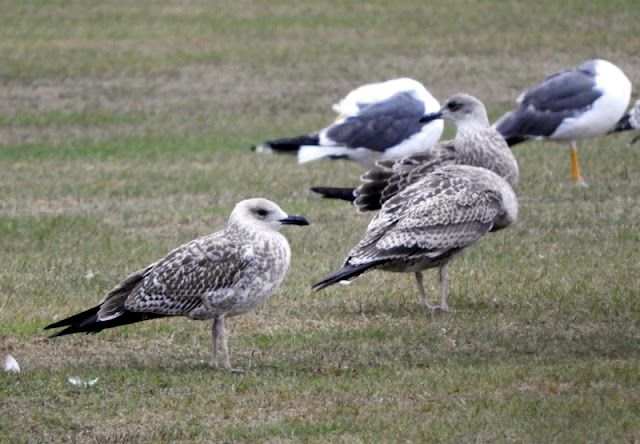 Juv/Fw Yellow-legged Gull - Exmouth cricket pitch. Not a particularly obvious one but note the large number of newly-acquired first-winter scaps (click on photo to enlarge).
Another one to add to a catalogue of disappointing sea-watches, but I just can't tear myself away from my beloved Exmouth. I made a series of brief trips up to Orcombe between cups of tea, slices of toast and the Sunday papers. Totals included 1+ Arctic Skua, 2 Mediterranean Gulls, 3 Whimbrel, 2/3+ Common Tern, 5 Common Scoter, 11+ Fulmar, 3 Manx Shearwater, 1 Great Skua, 4 Balearic Shearwater, 1 shearwater sp (either Manx or Balearic), a probable juvenile Arctic Tern and reasonable numbers of Kittiwake (inc several juvs) and Gannets.
Somehow I managed to miss 4 'large shearwater' sp that flew past the Warren but I'm getting used to that feeling of missing out - such is the state of sea-watching in Exmouth! 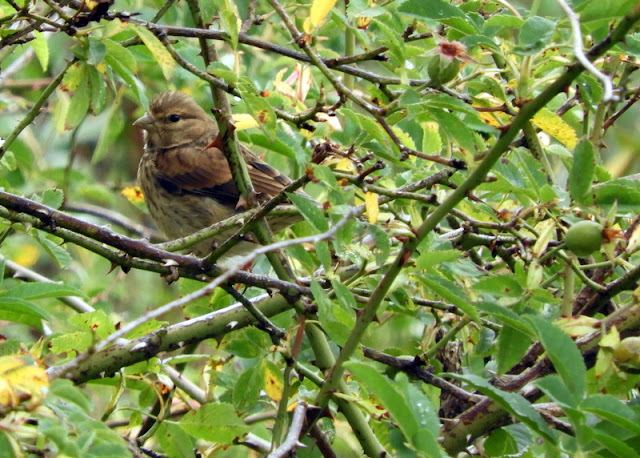 Juvenile Linnet - part of a flock of c50+ birds now feeding in the fields at the top of Gore Lane. 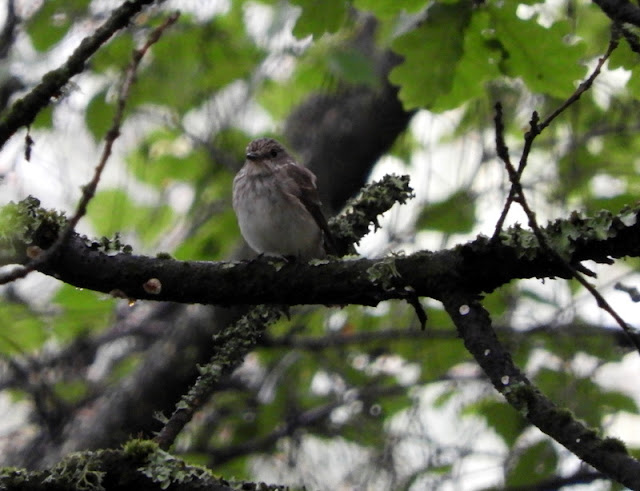 Spotted Flycatcher - one of several seen at a site on the Exmouth boundary this afternoon. Very difficult to say exactly how many but I think it's safe to say they've had a very successful breeding season.
Posted by matt knott at 08:49