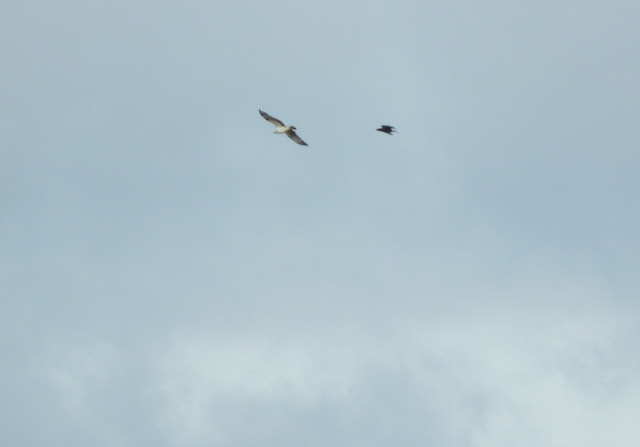 
Both Osprey and Marsh Harrier from Mudbank today. The Marsh Harrier was circling over the river, well upriver at about 1540, but my attempts to get it on the house list failed. It's presumably the juvenile bird that's been around a while. Likewise I'm guessing the Osprey is the long-staying bird, in which case it has taken me over a month to connect with it. Six Whimbrel were noted off there too.
Otherwise the Black Tern was off the seafront this morning, and this afternoon, and a brief early morning trip to Orcombe with Nick, produced c30+ House Martins over West, a fly-over Grey Heron and 2 Great Spotted Woodpeckers. No other migrants were noted, though there was a single Wheatear on the dung heap when I looked this afternoon.
Posted by matt knott at 08:18