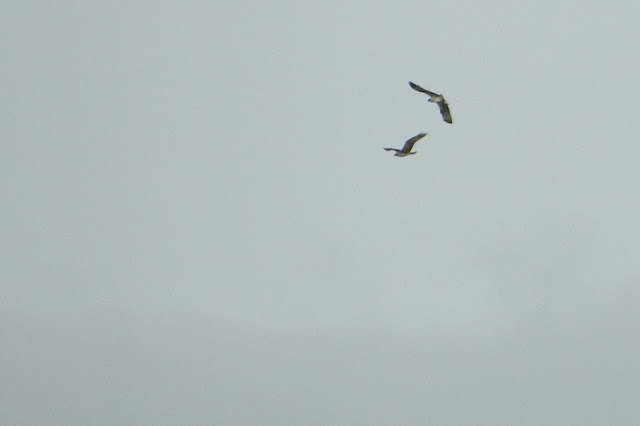 Two of this morning's three Ospreys from the back garden. I was disappointed not to get all three in the same shot as they were circling close together when I first picked them up (click on photo to enlarge).
A light scattering of migrants on Orcombe this morning (0615 - 0810) included 2 Wheatear, 1 Willow Warbler, 14+ Yellow Wagtail (with at least 4 more in with cattle at Maer Farm), 7+ Tree Pipit, 1 Jay and 1 Spotted Flycatcher. An adult Mediterranean Gull was off Maer Rocks.
I got back home for some breakfast and set the scope up in the back garden. Three Osprey circling the river together at 0920 were a bit unexpected. Two then spent some time fishing off Mudbank. I suspect the third may have been the long-staying individual but that's pure speculation, based on the fact that there was plenty of interaction between the three as I watched them. Also adult Mediterranean Gull, 5 Whimbrel and a Greenshank off Mudbank today.
Yesterday an Osprey was off Mudbank at around 3pm. Also off there 1 Greenshank, 7+ Whimbrel and 1 Mediterranean Gull. Late in the evening c30/40+ Common Tern came in to roost on Cockle Sands and 3 Gadwall off Mudbank was an unusual summer record. A Yellow Wagtail flew over the house in the morning, and at least 6 were watched in with cattle at Maer Farm. 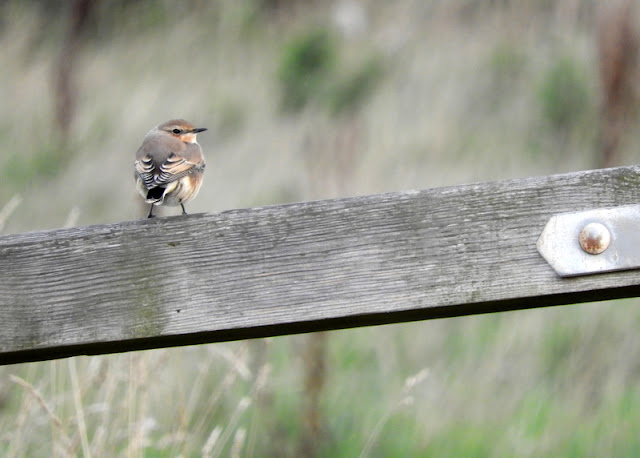 Two Wheatear seen on Orcombe this morning. Above and below are the same bird. 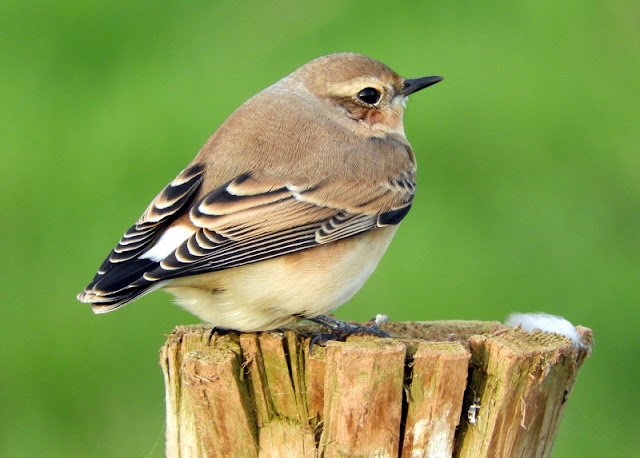 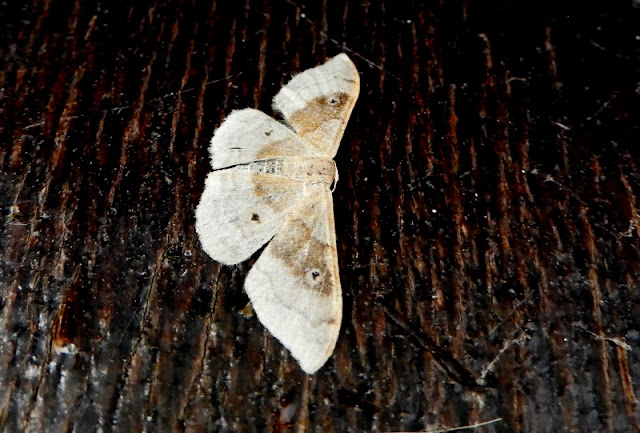 Portland Ribbon Wave - Bristol Schools Camp - found resting beside an outside light. I had 3 in the same place last summer. There's clearly a well-established colony here, of this formerly very rare moth. 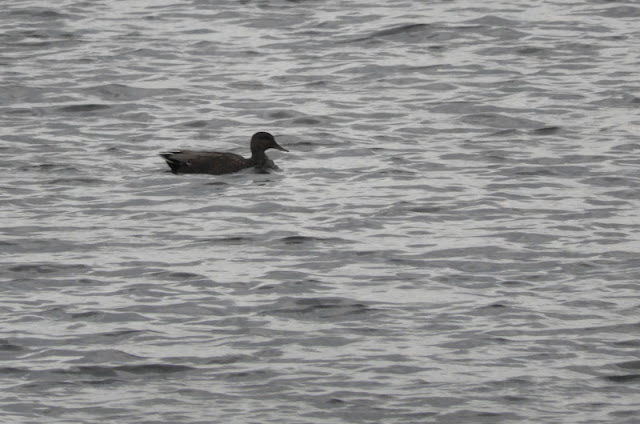 Gadwall - present with 2 females late yesterday evening. Always a good bird in Exmouth. The Mallard flock currently numbers c100+ birds which is under half the number we normally get. 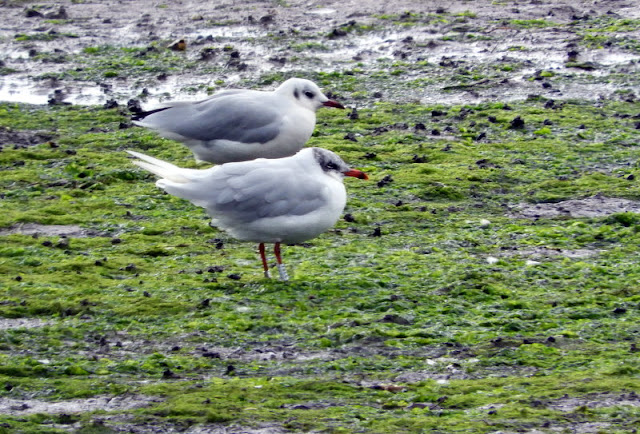 Adult Mediterranean Gull - white ring, right tarsus 33B6 I think but not certain. 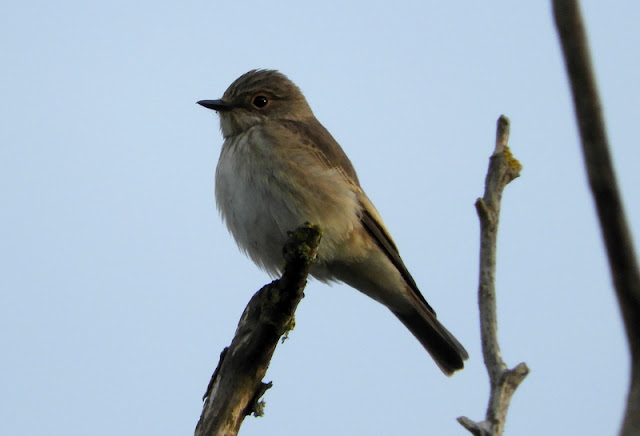 Spotted Flycatcher - my first on Orcombe this autumn. 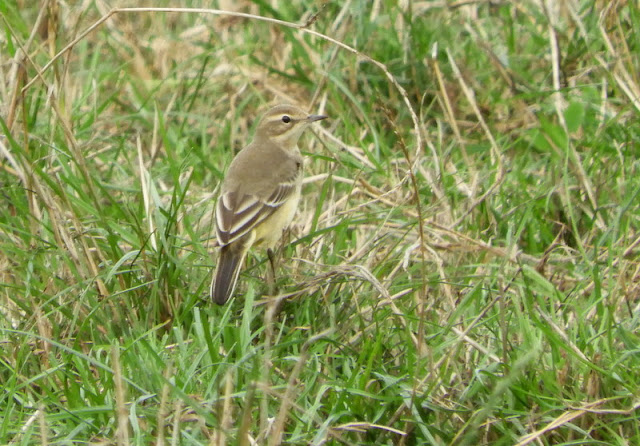 One of at least 4 Yellow Wagtails in with cattle at Maer Farm this morning. At least 14 went over Orcombe Point earlier on.
Posted by matt knott at 08:29