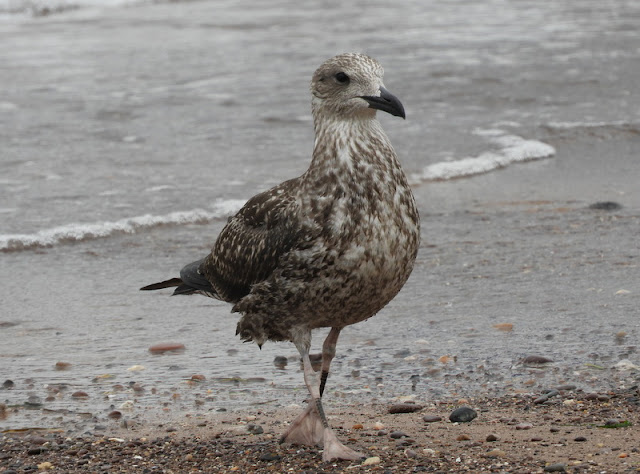 This dark juvenile Lesser Black-backed Gull was on Exmouth beach this morning. The overall darkness and dark bases to the greater coverts, forming a continuous bar, are features shared with Azorean Gull, but I'm not about to claim one here.  It has the required black 'shin-pads' of this species but so does the more typical Lesser Black-back below. The tertials look surprisingly well worn and the bird looks streaky below. Structurally the bird was a bit more Herring Gull-like than your more typical Lesser Black-back (again see below). Interesting bird. 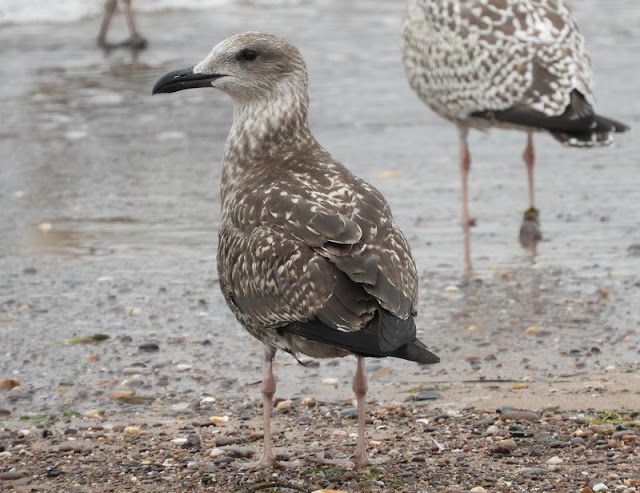 Note the darkness of the upperparts and worn tips to the tertials. From what I understand, Azorean Gull retains its scapulars longer that Yellow-legged Gull, so wouldn't be expected to show signs of moult in the upperparts in mid August. 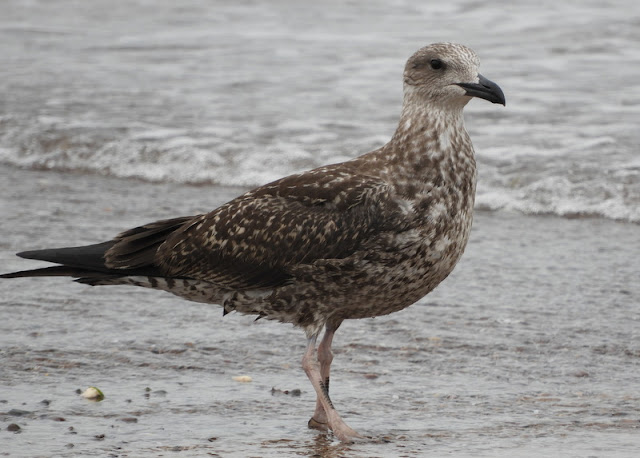 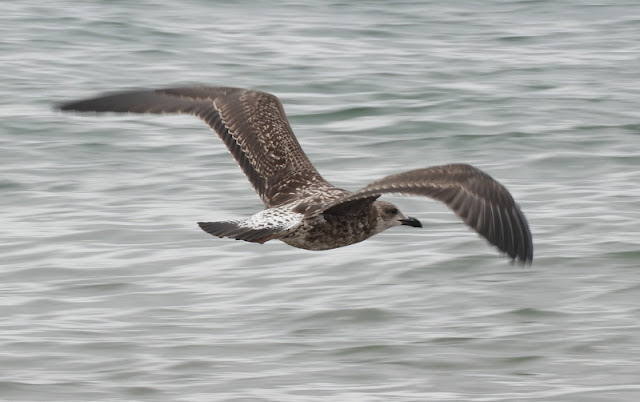 Azorean Gull shows a broad tail band (like Lesser Black-back and unlike Yellow-legged) and dark inner primaries much like that of Lesser Black-backed Gull, so nothing to suggest anything other than LEEB here, though the bases to the greater coverts form a continuous plain dark band, whereas in a typical LEEB the outer greater coverts tend to be dark based and the inners more patterned. 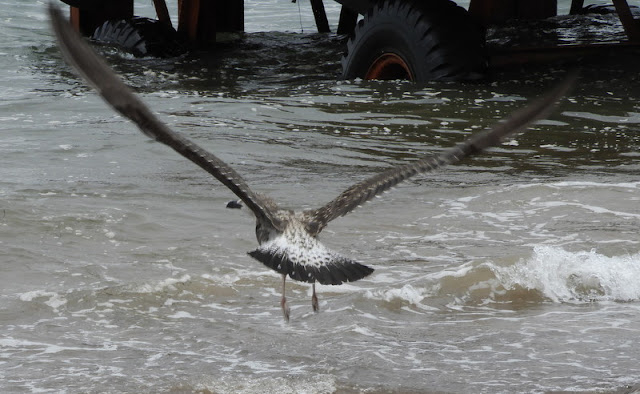 Edit - had overlooked this photo showing tail detail a little better (click on image to enlarge). 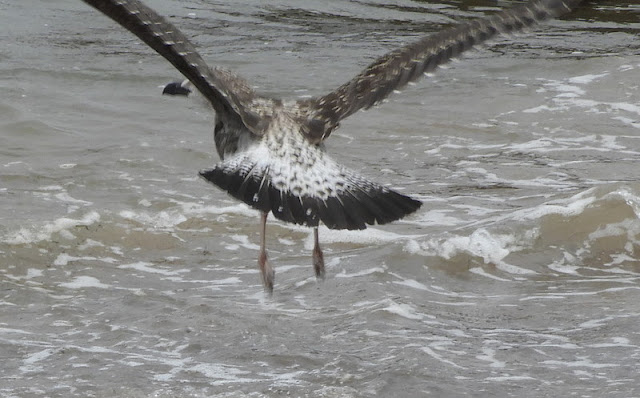 …..and some more photos to give a better idea of the bird's structure. There's some wear in the tail too. 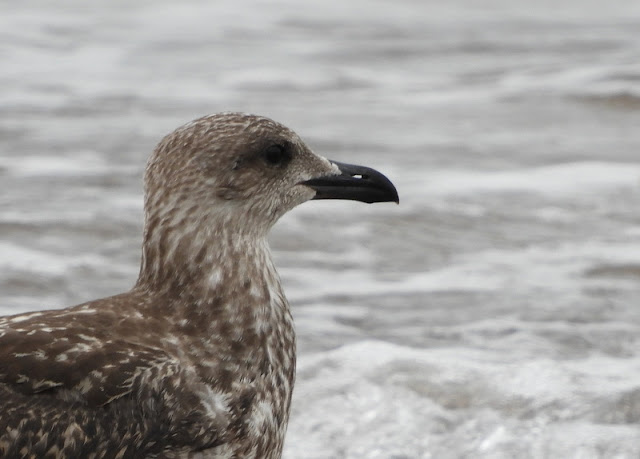 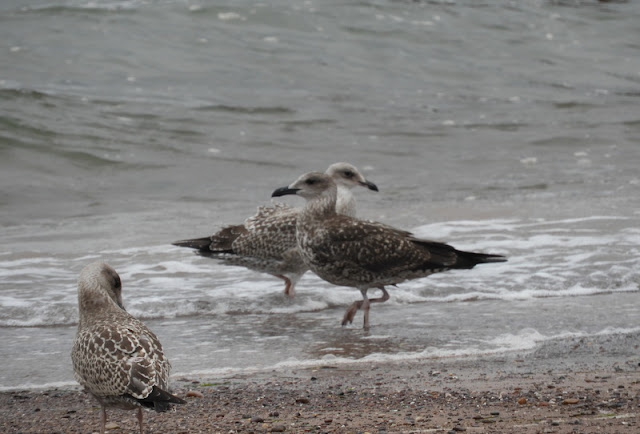 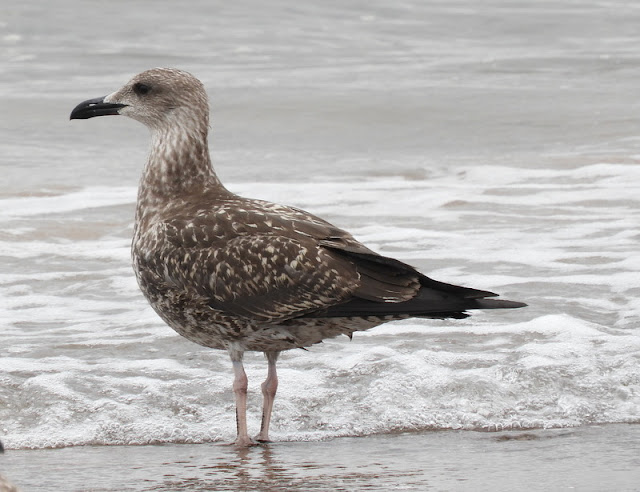 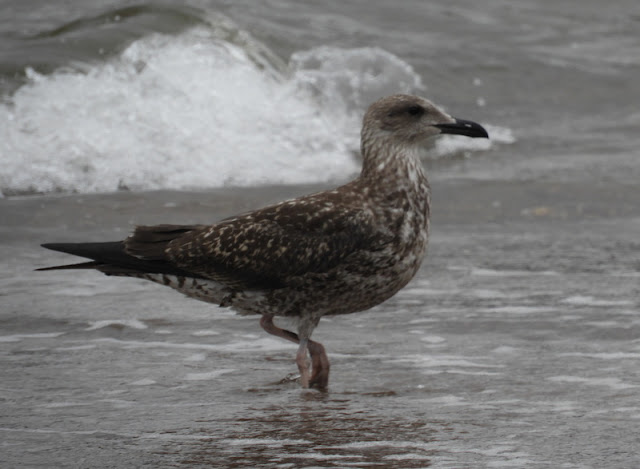 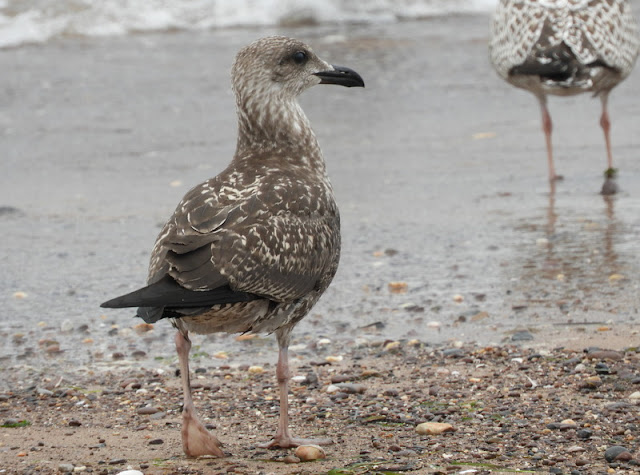 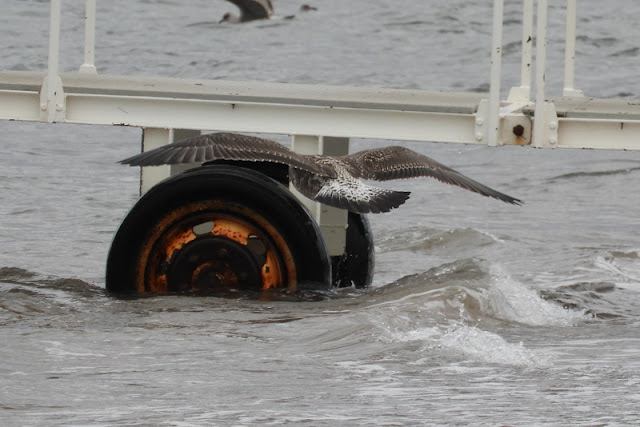 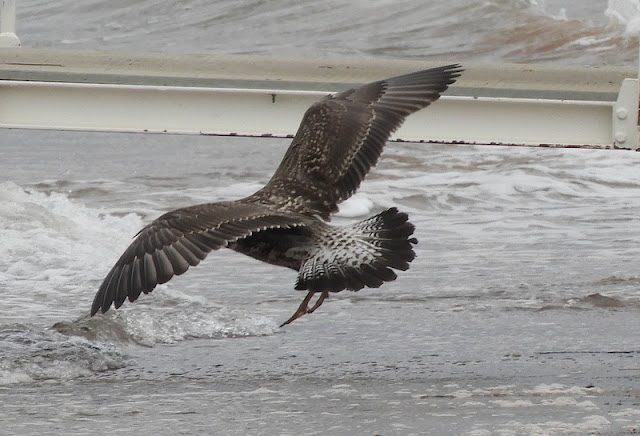 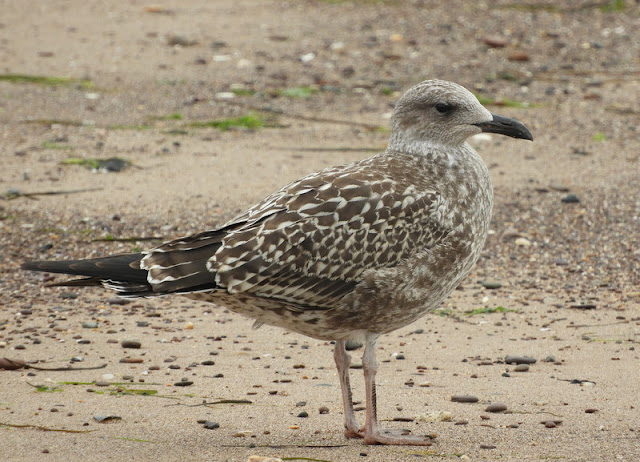 This is a more typical Lesser Black-backed Gull in both plumage and structure. It was also on the beach this morning. Note the outer greater coverts are dark-based and the inners are chequered. Also note the dark shin- pads. 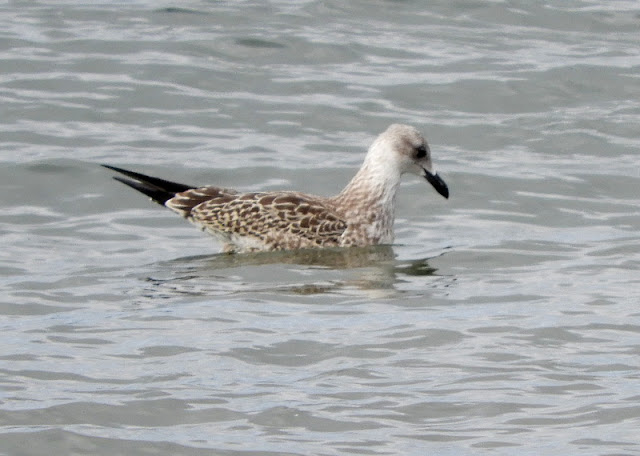 Juvenile Yellow-legged Gull - no sign of any moult in the scaps on this one. 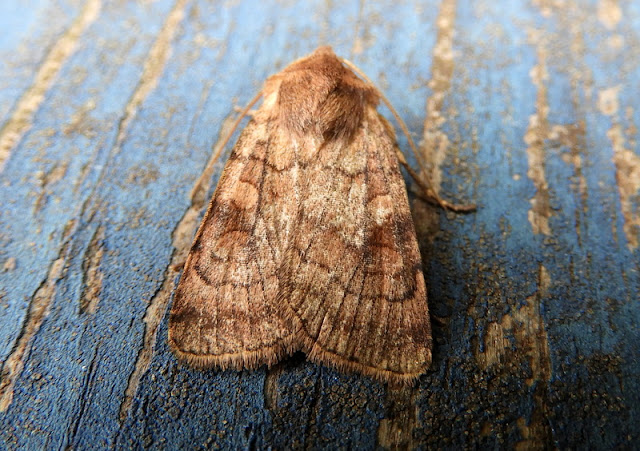 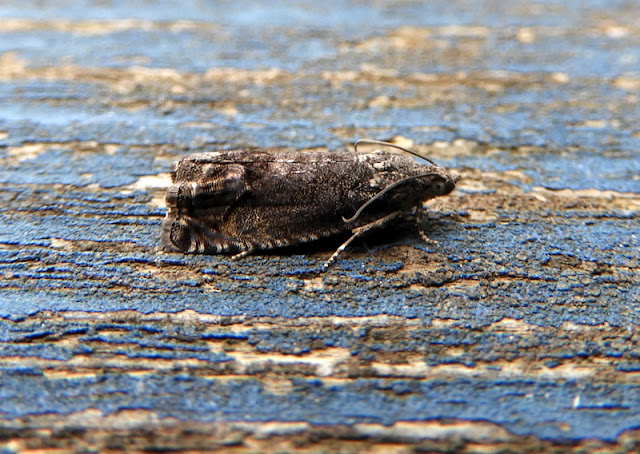 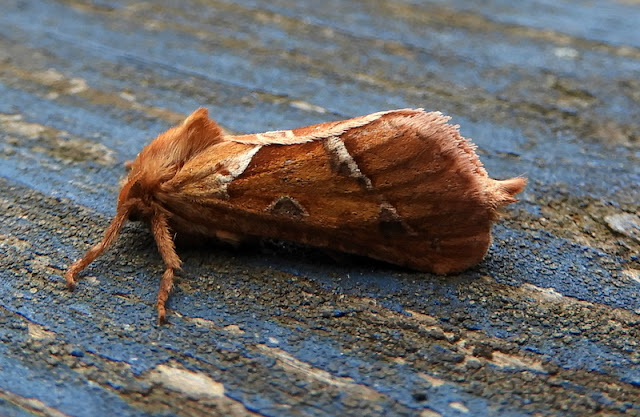 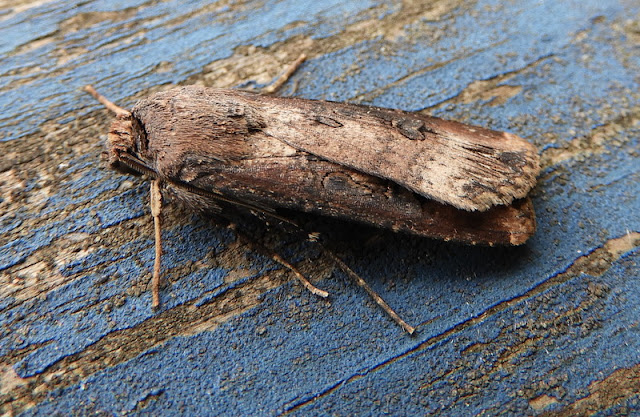 Dark Sword-grass - 3 Silver Y and a Rusty Dot Pearl were the only other immigrant species. 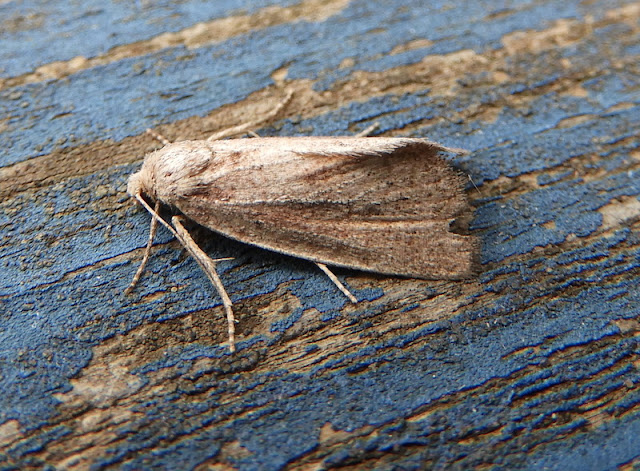 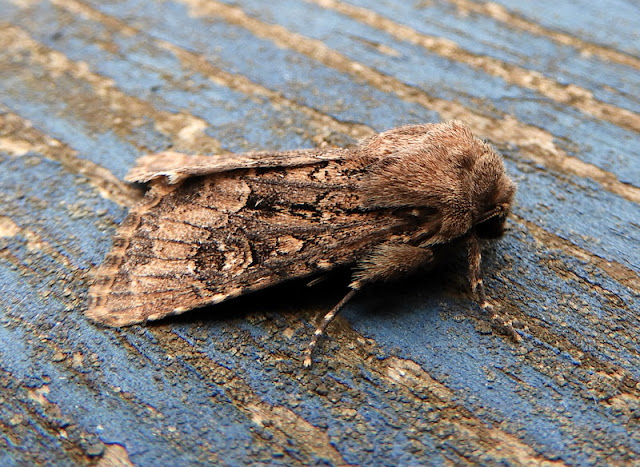 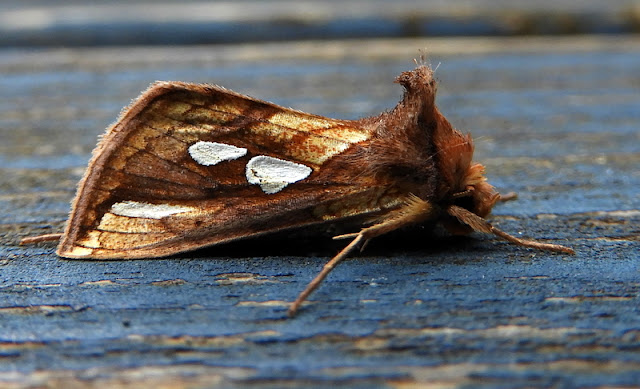 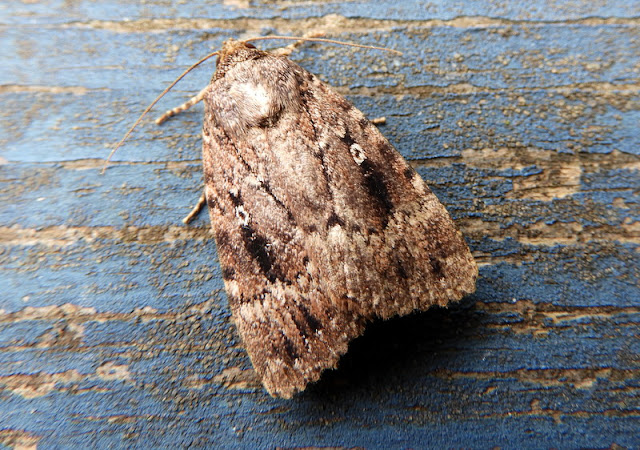 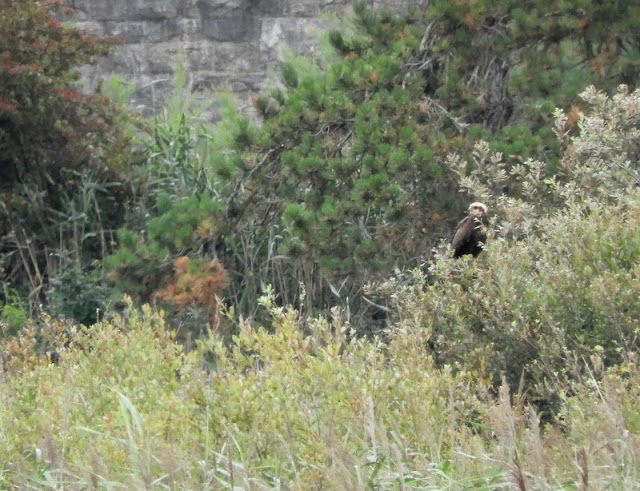 Juvenile Marsh Harrier. I had a few things to do in Topsham this morning so I joined the crowds at Bowling Green. Spoonbill and Spotted Redshank seen amongst the usual stuff. 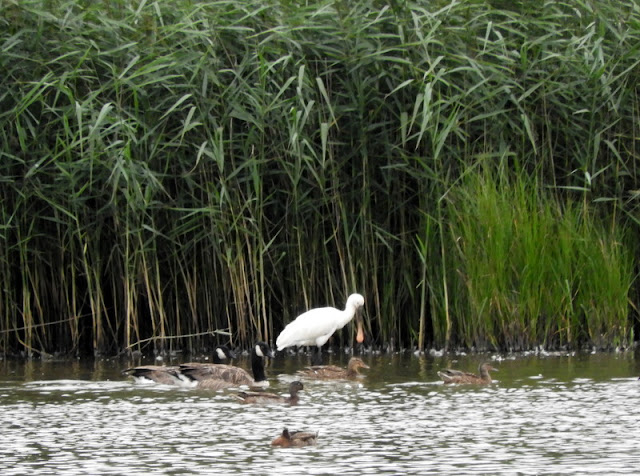