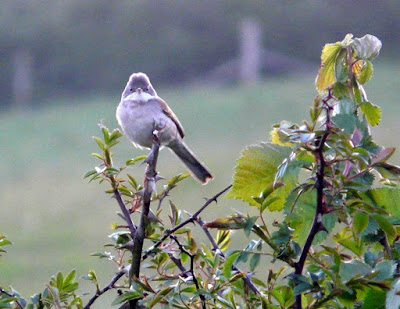 Whitethroat
Two short visits to Orcombe today - pre-work at 0530 and post-work around 4'ish. Totals included 87+ Black-headed Gull offshore, 1 Common Scoter, 2 Great Crested Grebe, 5 Sandwich Tern, 17+ Dunlin and 1 Turnstone. Passerine migrants included 6+ Wheatear, 1 female Redstart, 1 Reed Warbler and, rather belatedly, my first Whinchat of the year.
A Dark-bellied Brent Goose was in the estuary and my first Swift of the year powered over, into a cool north-easterly, whilst Joel and I were having a kick-about in Carter park.
Yesterday my dawn visit to Orcombe produced my second Exmouth Cirl Bunting of the year - picked up on call as it flew low east along the cliff-top. I also recorded 2 Great Northern Diver (high west) and 1 Whimbrel.
Later in the afternoon I picked up a dark phase Arctic Skua lingering off the lifeboat station and there was a flock of c15+ Dunlin on Maer Rocks - possibly the same birds that were present again this afternoon. 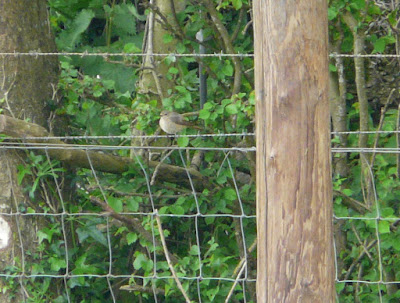 Female Redstart - frequenting the track down to the Bristol Schools camp and adjacent hedgerows. 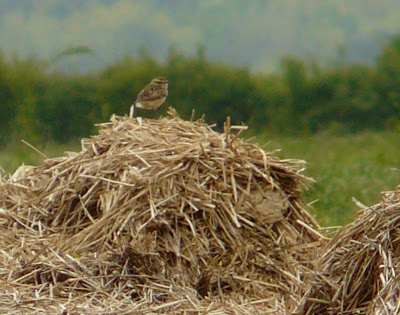 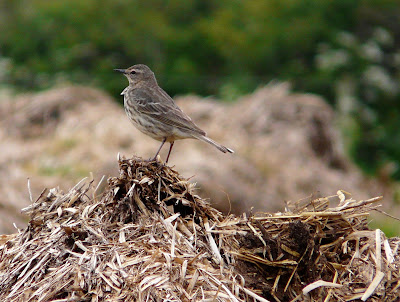 Rock Pipit - the dung heap has provided food for up to 3 local Rock Pipits for weeks now. Preferable to seaweed it seems. 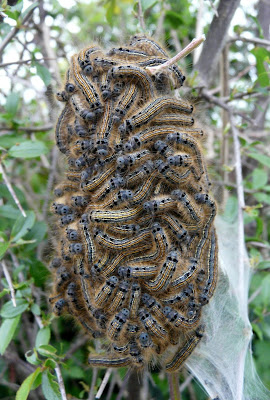 Lackey Moth caterpillars. The adult, pictured below, is a regular to the moth trap. 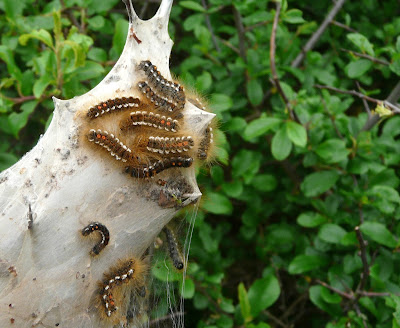 There are still plenty of Brown-tail Moth webs on Blackthorn around Orcombe too.
Posted by matt knott at 12:35