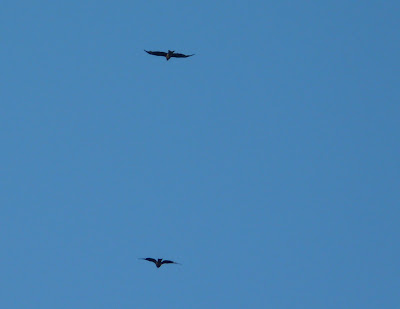 A single flock of thirteen Red Kites passed rapidly over Mudbank at 0650. I begrudgingly headed home to get ready for work, fairly certain that they wouldn't be the last to pass westwards. Once at work I pleasantly surprised to discover that my year 11 class would be in a GCSE maths exam so I nipped back home and set the scope up in the garden. Almost immediately I picked up 4 more birds flying low towards the river and they were followed by groups of 8, 4, 1, 3, 2, 6 and 2 before I once again needed to head back to work. All birds were relatively low and all were heading west, most roughly towards Starcross/Cockwood, but a few further upriver. This afternoon, following a call from Keith, I picked up a further five birds, the last one actually heading north upriver rather than west. Many thanks Keith.
So a personal tally of 48 birds by about 5pm but hundreds of birds must have passed through Devon today. I only wish I'd been able to sit and watch for longer. The birds caused very little consternation amongst the local gulls with most groups slipping purposefully but silently west. No doubt there will be numbers building in Cornwall.
The only other raptors noted today were a single Peregrine and 3+ Buzzards. 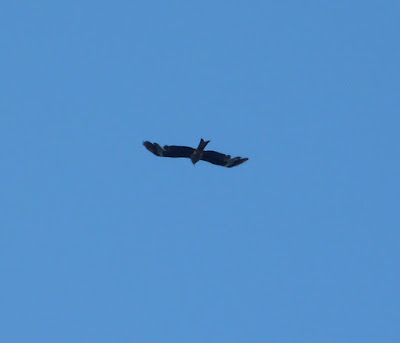 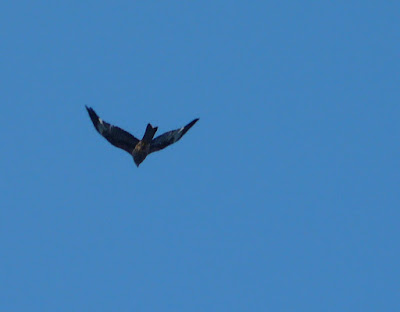 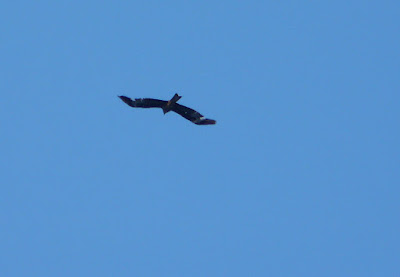 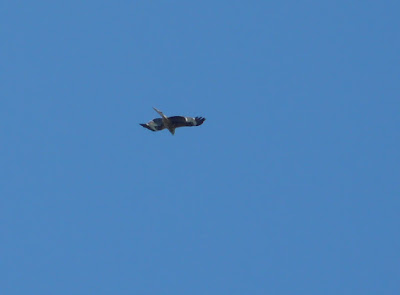 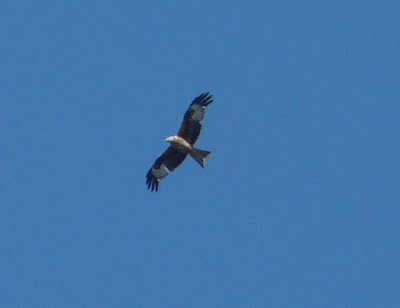 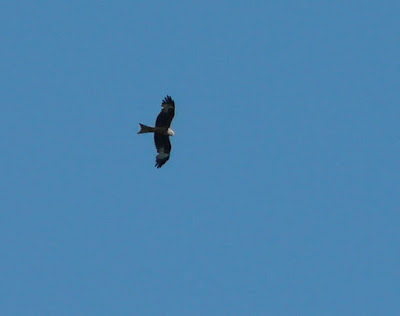 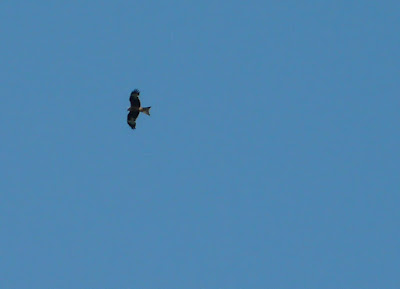