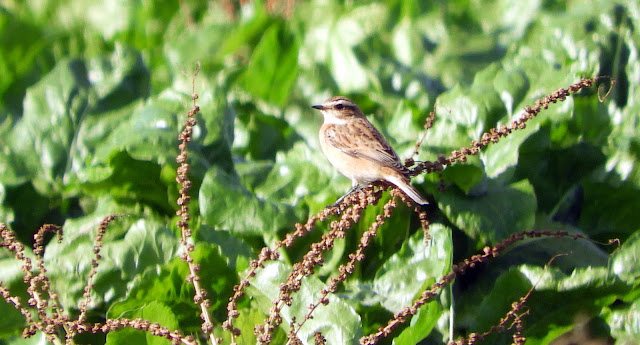 A nice late Whinchat in the turnip field. 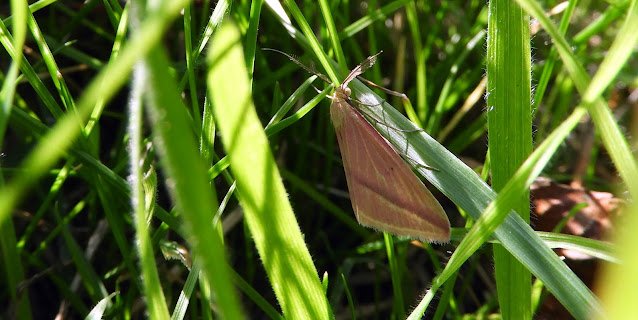 This rosy-flushed Vestal was disturbed from long grass, along with loads of Rush Veneers and a couple Silver Ys. Other signs of immigration included at least 3 Clouded Yellows and a number of Red Admirals. 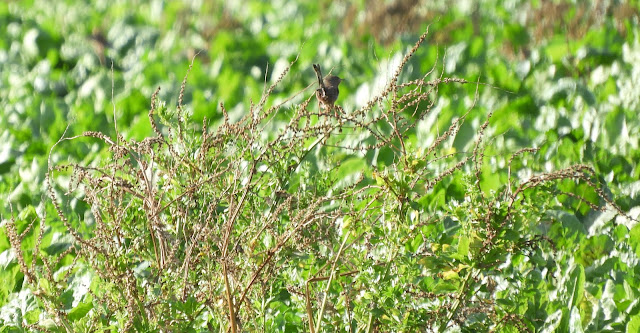 The Dartford Warbler is still shadowing Stonechats around the turnip field.

One of several Rush Veneers kicked up from the grass on Orcombe.

This Merlin flew high east after having a little dig at a local Peregrine. I saw one 'corkscrew' after a Meadow Pipit, a week ago on Lundy, but you can't beat one on your local patch.
Posted by matt knott at 11:11