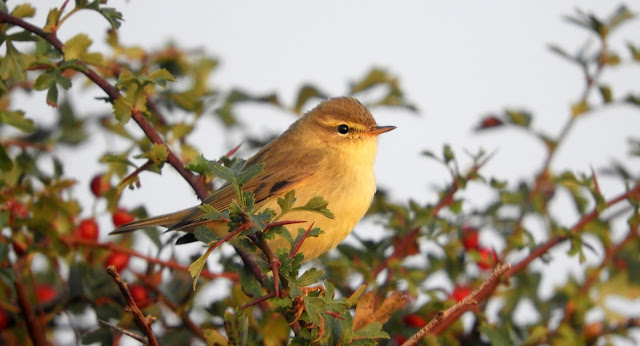 Willow Warbler - 2 juveniles recorded on Orcombe this morning. The first I've seen for a while.

A fly-over Spotted Redshank was the clear highlight on Orcombe this morning. A loud 'chew-it' stopped me in my tracks as a presumed juvenile (it had that lovely smoky look) flew overhead at speed, calling repeatedly as it headed towards the river mouth at 0737. Spotted Redshank is unbelievably rare in Exmouth. Years ago a bird used to winter off Mudbank but that was going back probably nearly twenty years. Since then I've had a 'heard only' record off West Lodge but that's it. Patch gold as they say! Also on Orcombe this morning - c30/40+ Yellow Wagtails commuting between the top fields and cattle, just up from the Geoneedle, 1 Wheatear, 2 Tree Pipits, 6+ Grey Wagtails, 5+ Whitethroats, 2 Willow Warblers, 6+ Chiffchaffs, 1 Greenshank, 1 or 2 Kestrels and the three Red-legged Partridges. 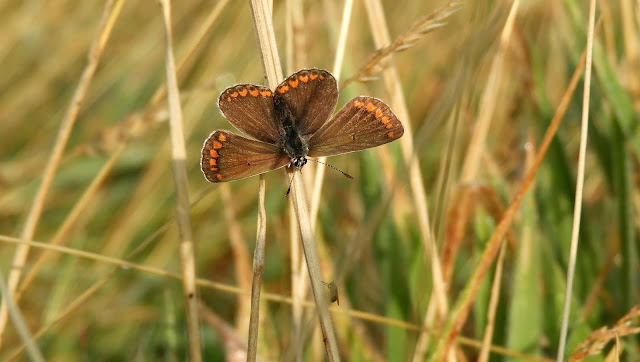 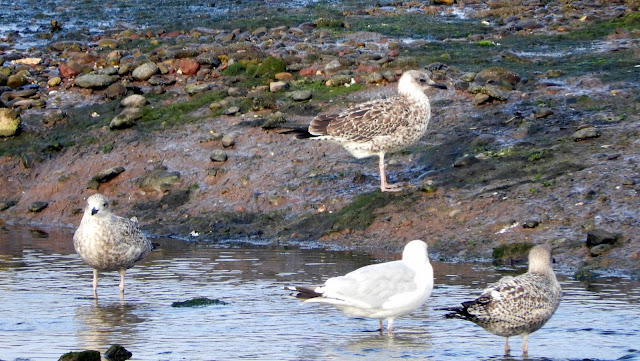 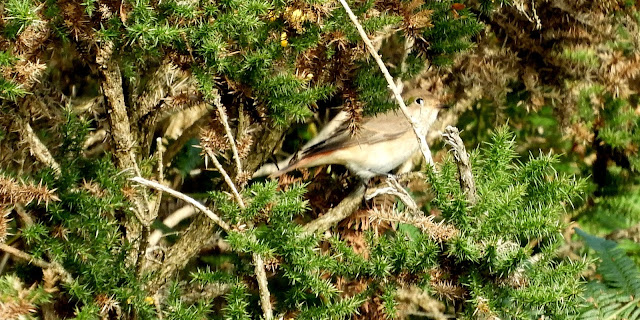 A stroll on Woodbury Common produced this Redstart, 2 Wheatear, 1 Whinchat and 9 Dartford Warblers along with a few other bits a pieces. I still haven't seen a Redstart on Orcombe this autumn... 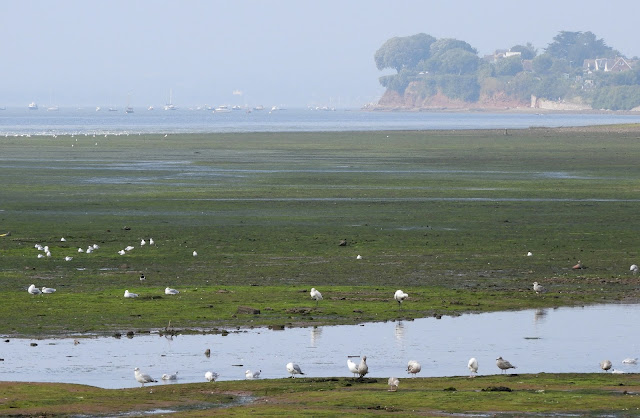 I've been totally spoiled with Spoonbills the last couple of days. Today an adult and juvenile were present. I was even able to watch them from the house. I think today was the first time I've ever heard Spoonbills too. The juvenile was making begging calls to the adult - a rippling gull-like sound.