A surprisingly good little spell off Mudbank, after work this afternoon, produced a juvenile Spotted Redshank, juvenile Marsh Harrier and a belated 'first for the year' Common Sandpiper. I'm guessing the Spot Red is the bird that's been frequenting the Warren (and quite likely the bird I had over Orcombe) and the Marsh Harrier is the bird I had over the river on September 3rd. It was hunting over an emerging mud spit, right out in the middle of the river, from 355pm to 410pm when I lost it (no idea what it was feeding on but it was definitely picking things off the mud). Guessing it headed upriver, back to Exminster Marshes. Also off there - 10 Bar-tailed Godwits, 4 Redshank and an adult Mediterranean Gull.
A late afternoon stroll around Orcombe was most notable for butterflies with 2 Painted Ladies, 4 Clouded Yellows, loads of Small Whites, several Red Admirals, Speckled Woods, Common Blues, Commas and Small Coppers. Masses of Silver Ys were springing out of the grass on the top fields. Bird-wise just 3+ Chiffchaffs, 30+ Meadow Pipits, 1 Blackcap, 1 Wheatear, a few Swallows and a Sedge Warbler recorded.

A terrible photo but at least it serves as a record of this afternoon's juvenile Spotted Redshank. 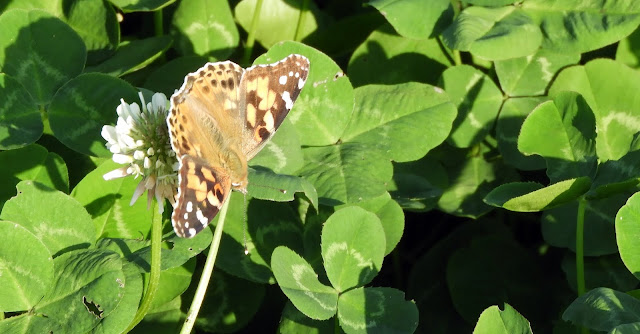 Painted Lady. Two of these and at least 4 Clouded Yellows suggests there's some insect migration underway! 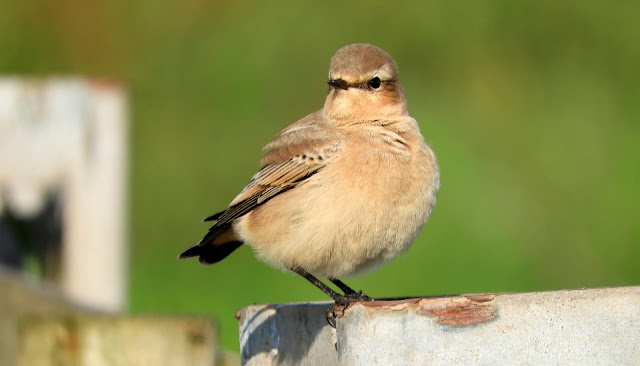