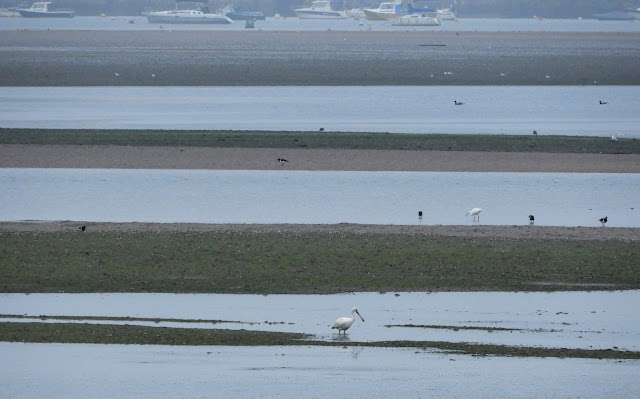 The Spotted Redshank was much closer than usual but I failed to get a decent photo in the early morning gloom. 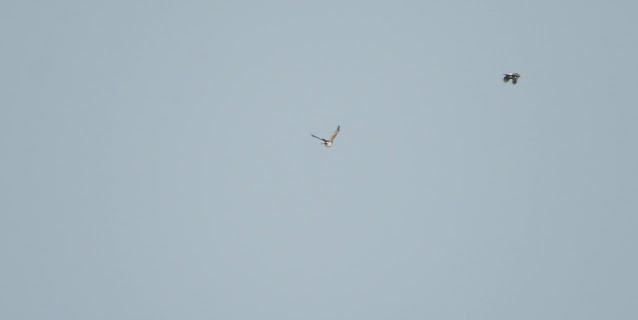 Jays are funny things. They look like they're flapping past slowly but are surprisingly quick. By the time I'd got my camera out they'd almost gone, hence this ropey shot of the tail-end of the flock, which consisted of eight birds. 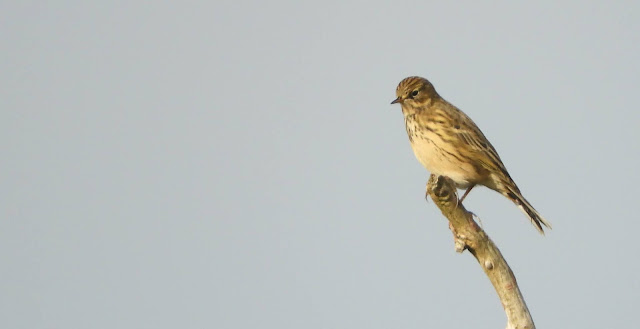 Despite the large numbers of Meadow Pipits on Orcombe, this is the only one that stayed still long enough for me to photograph. 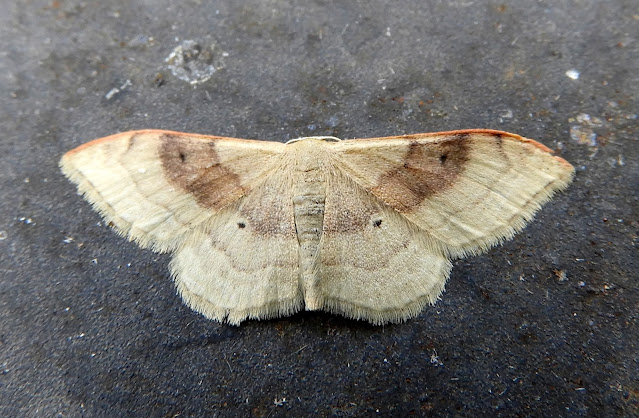 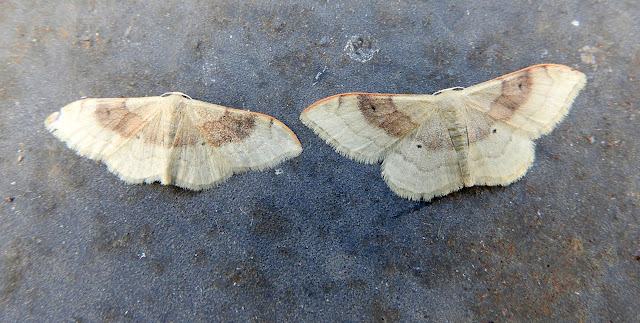 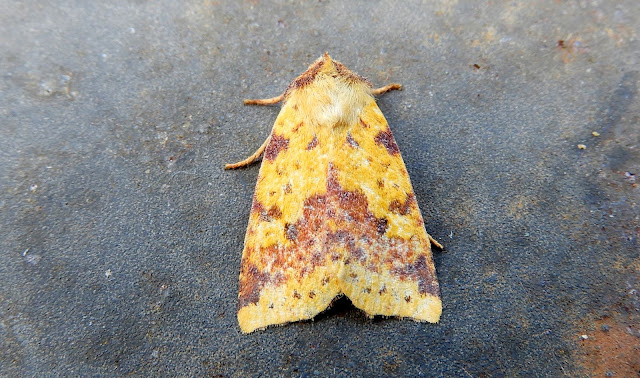 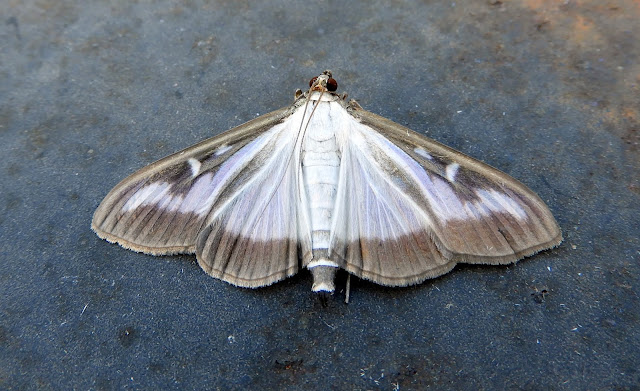 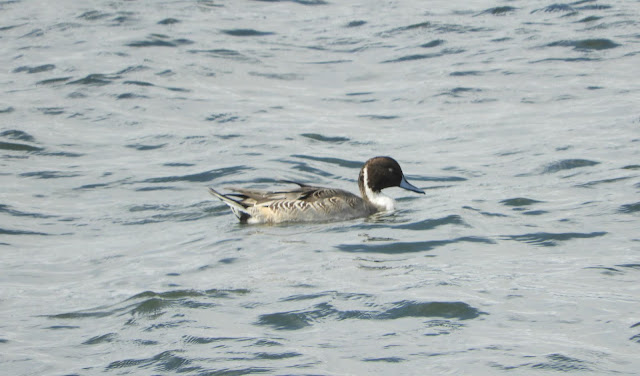 If moulting out of eclipse were a race this Pintail would probably be winning. Only 40 present off Mudbank this morning which means the majority must be elsewhere on the Exe.

The Glossy Ibis circled several times over Mudbank at midday, whilst Lu and I were walking the dog. It headed upriver after a short while. 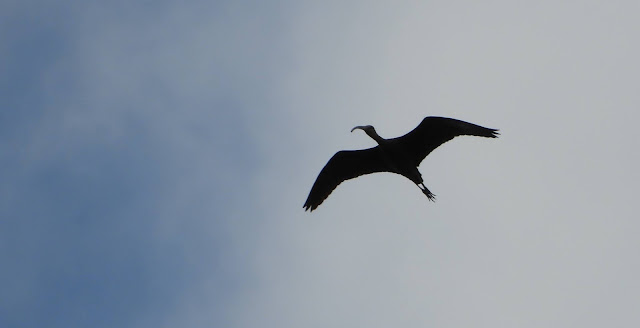 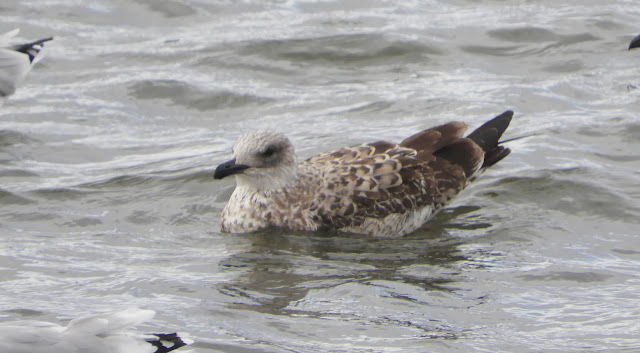 The long-staying first-winter Yellow-legged Gull. It's a distinctive individual with nice gingery scaps. 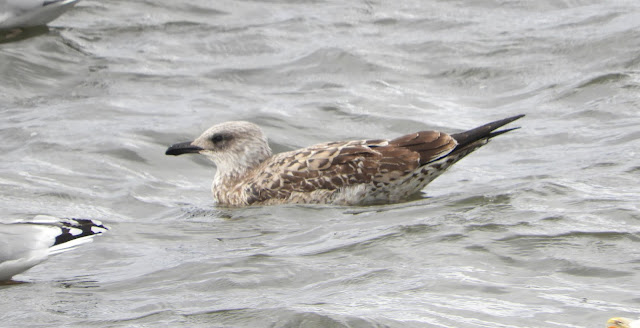