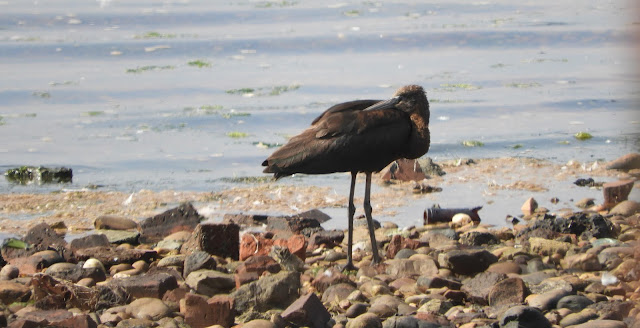 Glossy Ibis. I came home at lunch-time to find a text from Rupert. Without checking what time it was sent I just shot down to Mudbank, shoelaces still untied. The tide was in and I assumed it would have flown but no, it was still there and showing brilliantly. Many thanks Rupert! 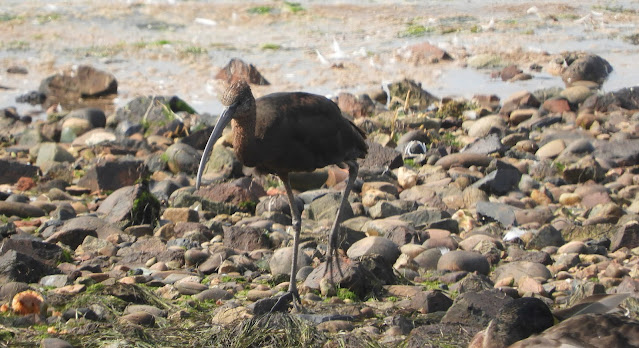 From what I've gathered it looks like this bird was seen earlier, on the other side of the river, before Rupert picked it up off Mudbank. I've seen several on the Exe over the years so it felt like it was only a matter of time before I'd add it to my 'all important' Exmouth list. I'd always assumed though that it would be a fly-over, as there's so little fresh water/marshy habitat in Exmouth. 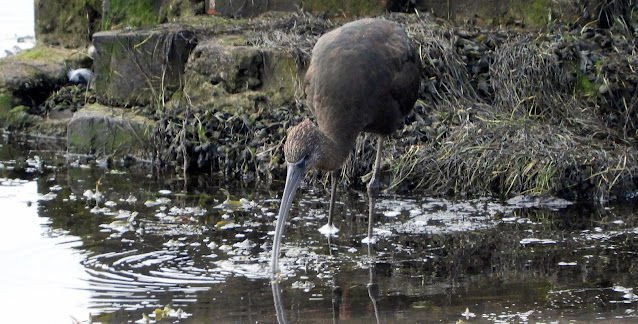 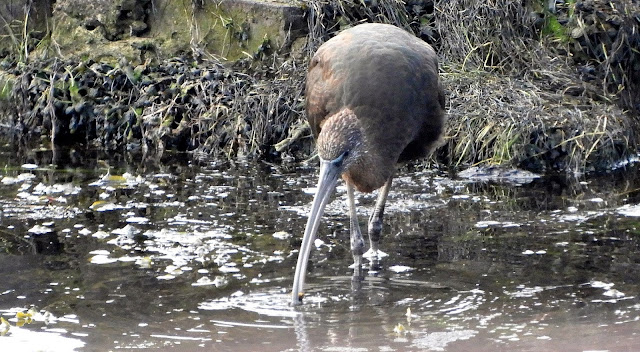 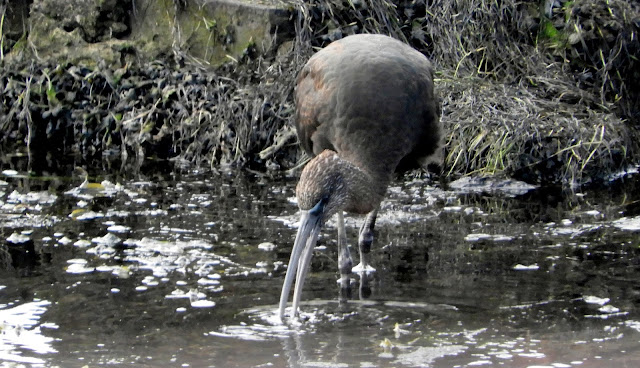 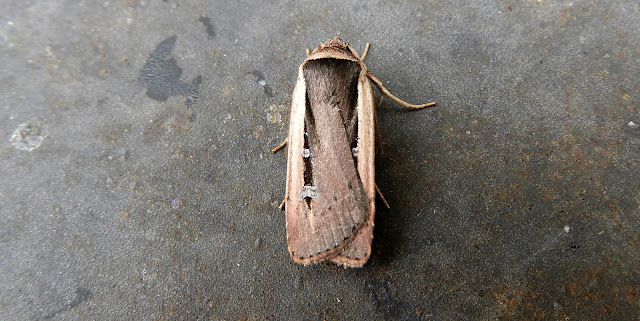 Radford's Flame Shoulder. I've seen this species before but, like the Clifden Nonpareil, I've not personally trapped it, so this was a very welcome sight in an otherwise fairly 'to be expected' moth trap.

Two Dark Sword-grass and a Rusty Dot Pearl were the only other immigrant species trapped last night, which is surprising given the huge numbers of Silver Y around at the moment. 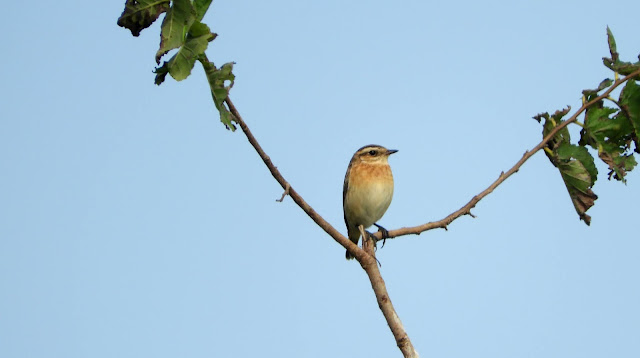 Whinchat - one of two in the top fields this afternoon.