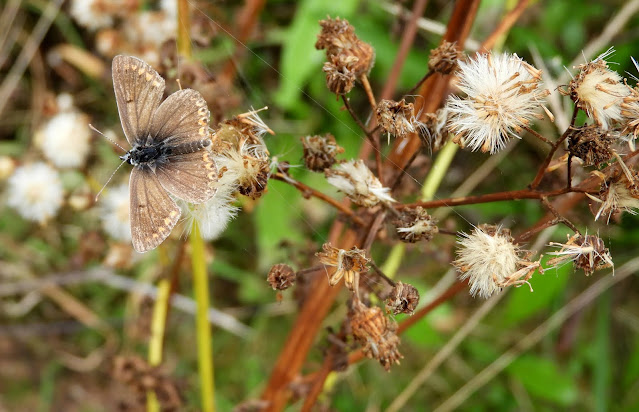 A stroll around Orcombe this evening, with little expectation, revealed c30/40+ Swallows lingering and 2 Sedge Warblers, zipping between docks in the top fields. A mixed tit flock along Gore Lane contained c10+ Chiffchaffs and, most unexpectedly, a Lesser Whitethroat - only my second in Exmouth this year, following a single spring bird. Also of note - at least 1 Jay and the three Red-legged Partridges.
A very brief look of Mudbank, early this morning, produced good numbers of Wigeon, the Spotted Redshank and 5 Redshank. This evening the highlight was a Great White Egret. Also noted were c180 Brent Geese and 57 Shelducks. 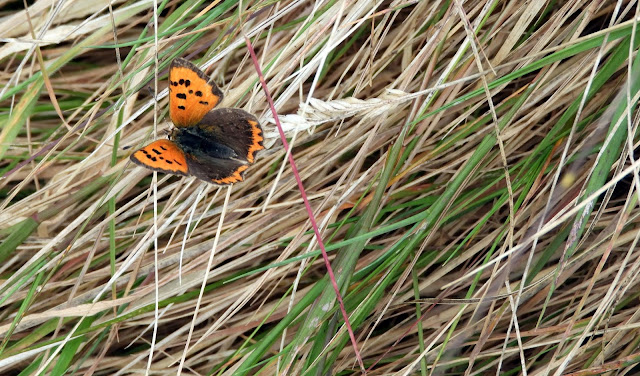 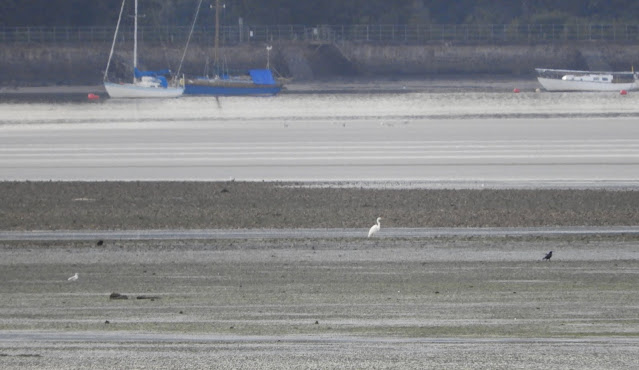 This Great White Egret was distantly off Mudbank this evening. I'm guessing it has moved from Powderham because of all the shooting going on across the river. There was definitely a palpable sense of nervousness amongst all the wildfowl on the river tonight, as the shots rang out. This is only my fourth record in Exmouth, which seems way too low for a species that's breeding in numbers not too many miles away, in Somerset. I couldn't resist watching it from the house when I got home - my second record from here. 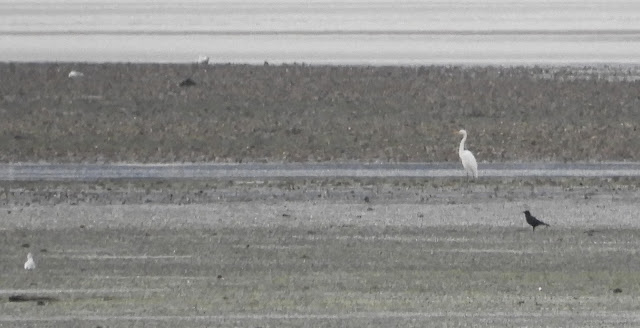 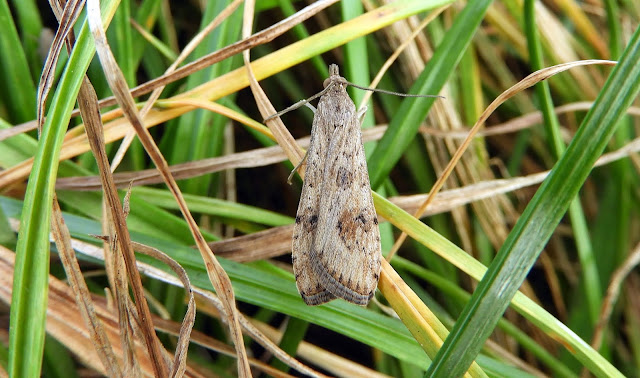 Rush Veneer. Other immigrant moths flushed from the top fields this evening were a couple Rusty Dot Pearls and a small number of Silver Ys.
Posted by matt knott at 10:56