This Cuckoo was a very pleasant surprise on the seafront this morning. It flew from the direction of the Maer, over the lifeboat station and out to sea before turning back towards Orcombe point.

A similar mix of birds along the seafront this morning though it felt a bit less hectic - 1 juvenile Yellow-legged Gull, 8+ Mediterranean Gulls, 4 Common Terns, 8 Common Scoters and, most unexpectedly, a Cuckoo!
Off Mudbank a Dark-bellied Brent Goose was almost as big a surprise as the Cuckoo. Additionally - 15 Mallard, 3 Common Terns and 7 Whimbrel. Several small groups of small waders headed upriver as the tide dropped but I was only able to positively identify 12+ Dunlin and 4 Ringed Plovers.

I messed up with photos, as usual, but at least managed a couple record shots of what is a very unusual record in Exmouth.

One of at least eight Mediterranean Gulls along the beach this morning - this one a red-ringed Polish bird - PPJ1. 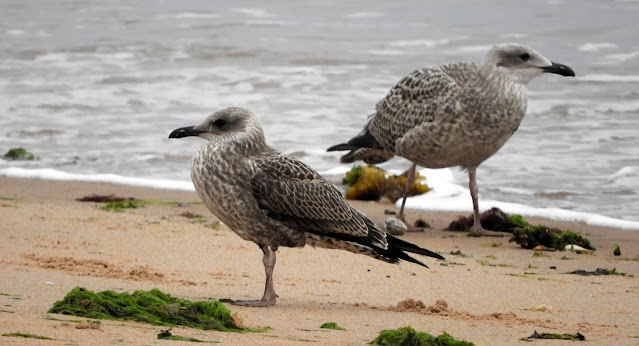 My first juvenile Lesser Black-backed Gull of the summer. 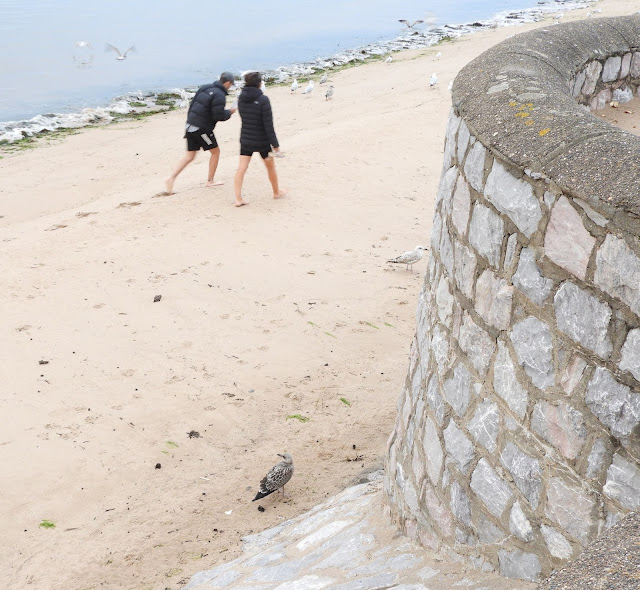 It was a surprise to see yesterday's Yellow-legged Gull, again present in exactly the same spot this morning. It has been feeding on small invertebrates at the base of the sea wall, totally unfazed by passers-by. 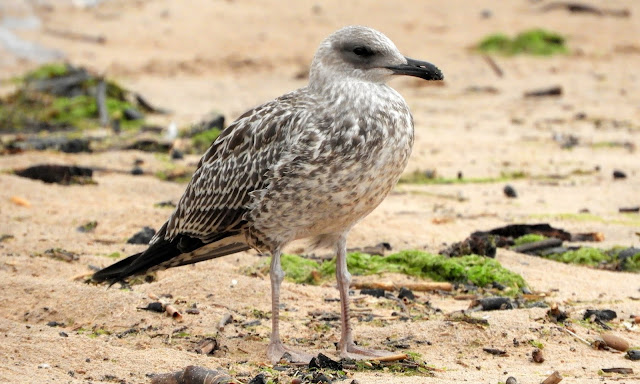 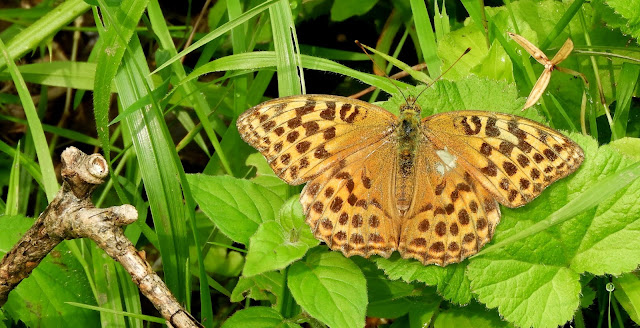 Silver-washed Fritillaries seem to be present in numbers in Liverton Copse. 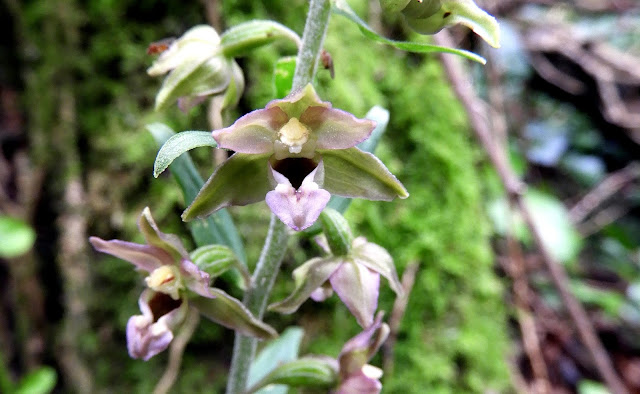 A small number of Broad-leaved Helleborines are growing in Liverton Copse. They include the 'Var chlorantha' form which is pretty smart and all pale green - see below... 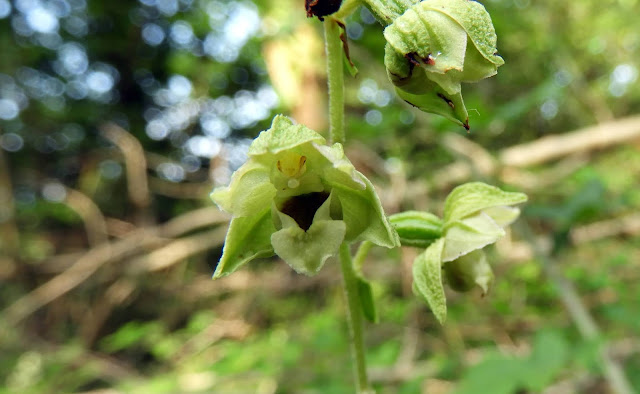