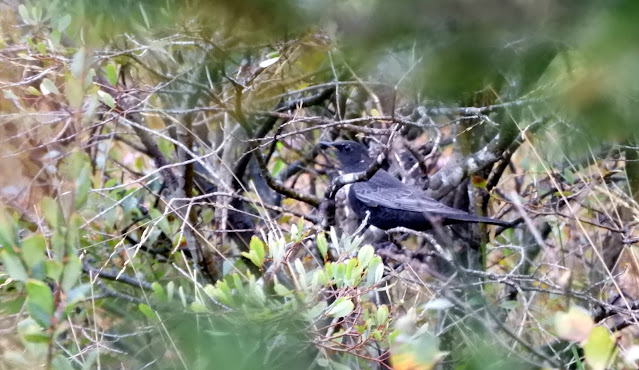 This male Ring Ouzel betrayed its presence by giving its hard 'tak tak' from bushes in the Bystock reserve. I was just having a quick look round before Joel's football match kicked off, nearby at the archery club. I quickly fired off the above photo before it 'slunk' into deeper cover. Doubt it'll be going very far in today's torrential rain. Less than annual in Exmouth but I did have one on Orcombe last autumn. Otherwise just a fly-over Crossbill there.

Very little noted on a soggy whiz round Orcombe with just 3 Wheatear, 1 Goldcrest and 10 Swallow logged. Lots of Wigeon and Pintail still off Mudbank but nothing more unusual than 3 or 4 Shoveler and c10 Teal before rain stopped play.

Orcombe after work, late yesterday afternoon, was more productive than expected. Most notable was large numbers of House Martin (and smaller numbers of Swallow) but I couldn't properly establish if it was one large flock feeding widely out over Exmouth or birds just streaming through. One sweep with the bins picked up at least 160 birds but I reckon there were lots more. Otherwise 3 Wheatear, the Whinchat still with at least 11 Stonechat, 1 Snipe, 1 Golden Plover, 1 Whitethroat and c15+ Meadow Pipit. 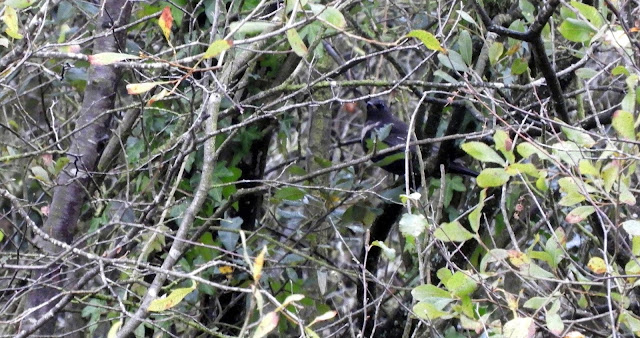 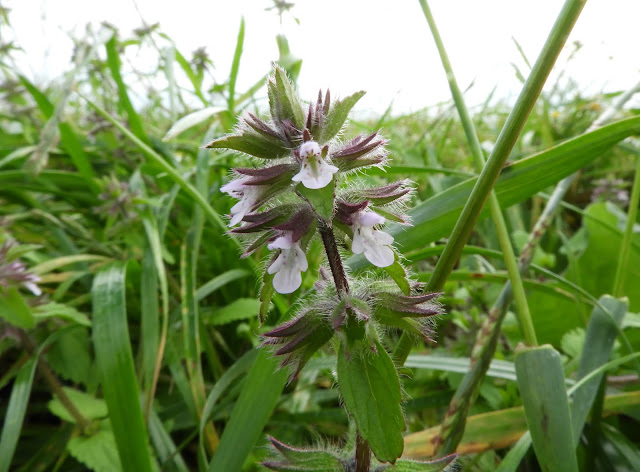 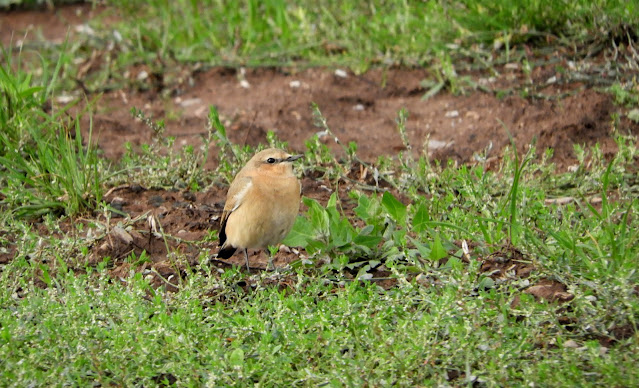 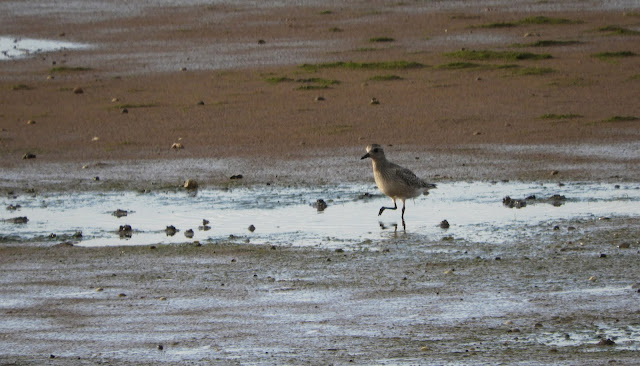 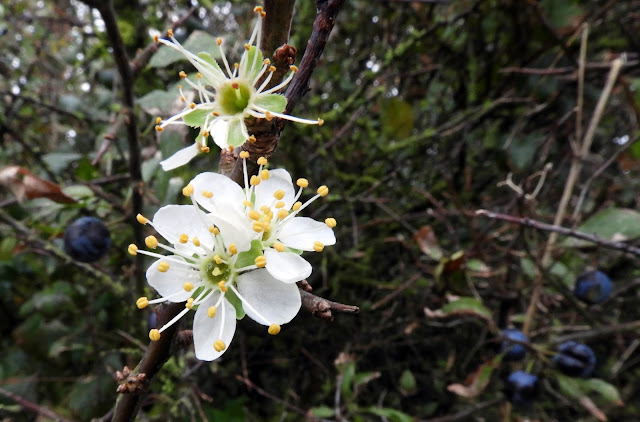 I was a bit taken aback to see quite a lot of Blackthorn in flower on Orcombe today.
Posted by matt knott at 07:56