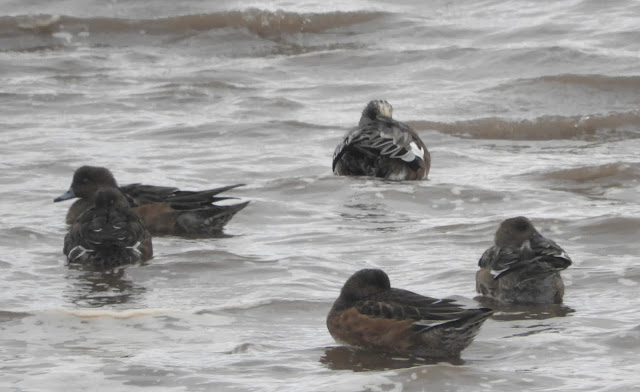 Another wet and gloomy late October day, but brightened by the discovery of this male American Wigeon off Mudbank, emerging from eclipse plumage. I first clapped eyes on it off Mudbank, around 1440 and it remained until sometime after 1515, when it took off and flew towards the Warren, apparently flushed by a couple in brightly coloured jackets that popped up beside the viewing screen.

The last one off here was a first-winter drake in October 2016, that individual went on to winter at the north end of the Exe. I wouldn't be too surprised if this one does the same - see here. 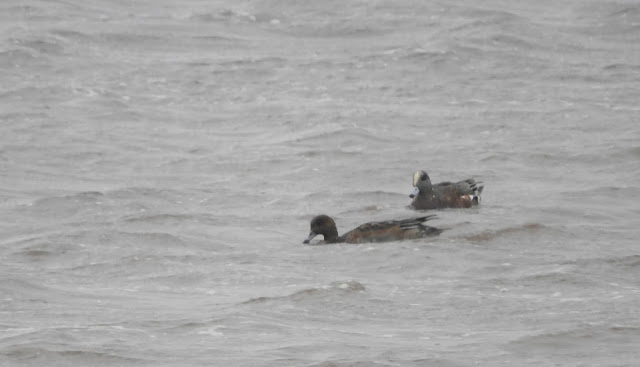 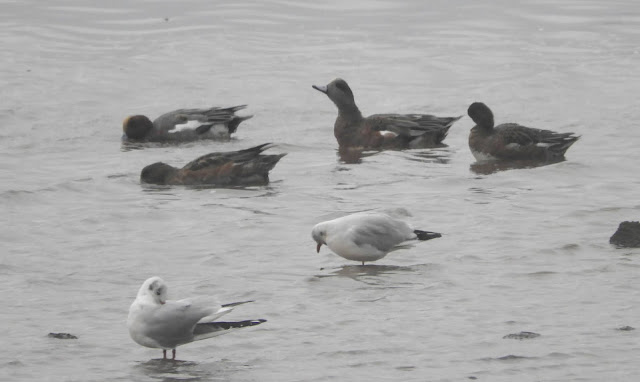 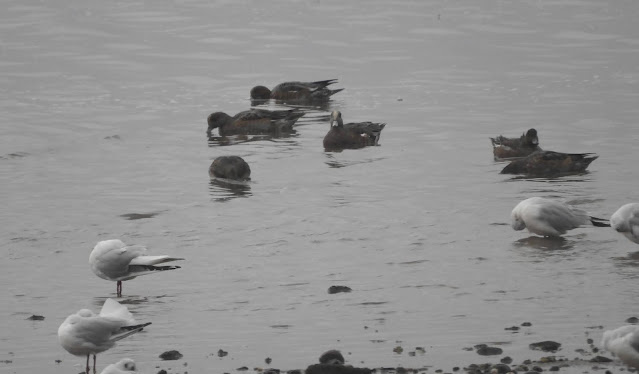 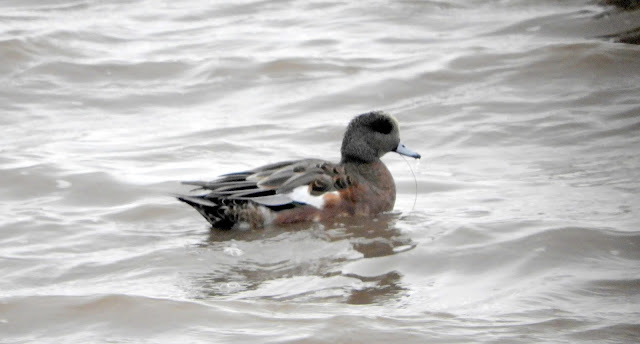 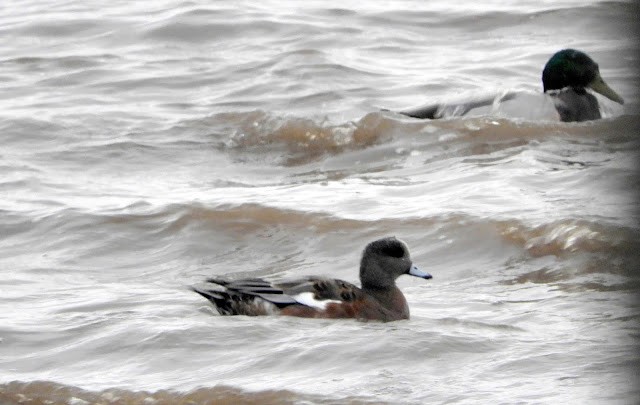 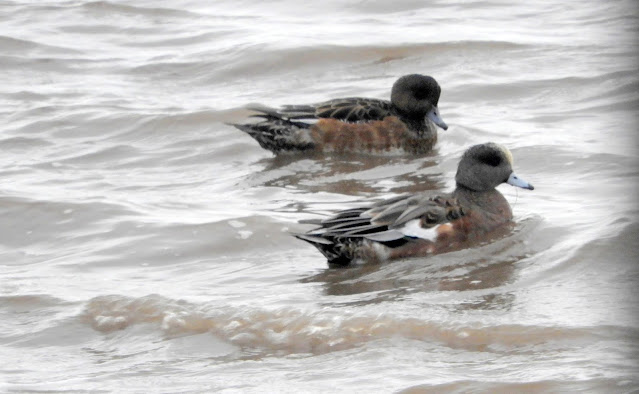 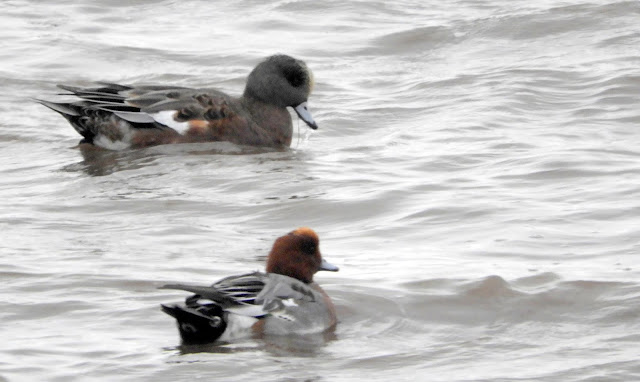 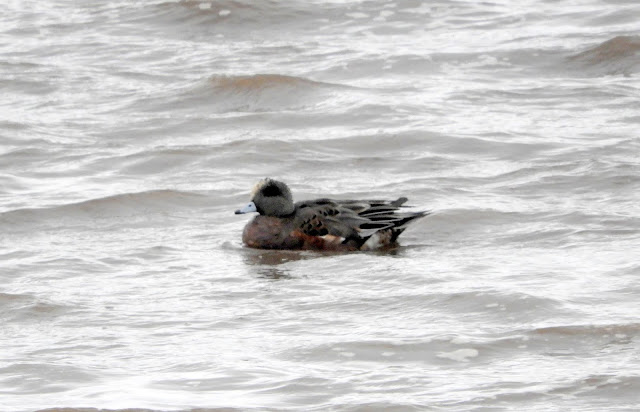