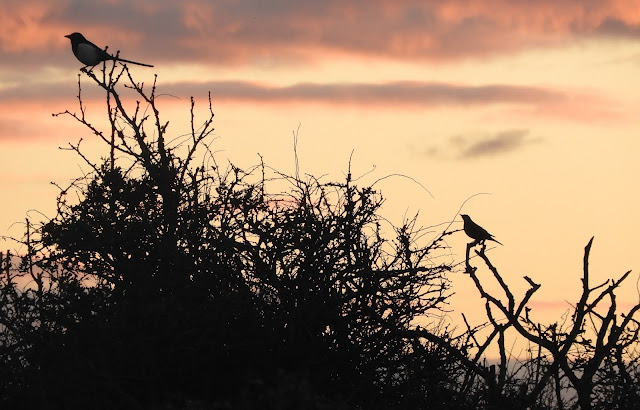 A Mistle Thrush pauses in cliff-top bushes at dawn, before heading inland. A morning of clear skies, brief showers and a gentle north-westerly.

Quite good on Orcombe today - the highlight being a Lapland Bunting that flew low west at 0854. It gave the repeated 't t tuk tu' and was flying alongside what I assume was another Lap, but I can't be sure as only one bird called. Also today - Merlin, Firecrest, 15 Coal Tit (including a flock of 8 that 'exploded' out of the water treatment works), 3 Great Spotted Woodpecker, 1 Mistle Thrush, 65+ Pied Wagtail, 2 Reed Bunting, 45+ Goldfinch, 80+ Linnet, 15+ Siskin, 65+ Chaffinch, 10+ Chiffchaff, 2 Grey Wagtail, 4+ Goldcrest, 6 Swallow, 1 Starling, 2 Jay, 4 Stonechat, 2 Song Thrush, 2 Kestrel and 1 Stock Dove, along with several Meadow Pipits and Jackdaws. Numbers of Robin and Dunnock also appear to have increased. 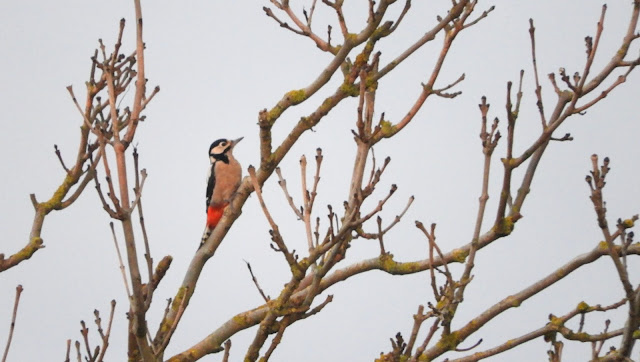 Another Great Spotted Woodpecker - this one making its way westwards along the cliff-top. 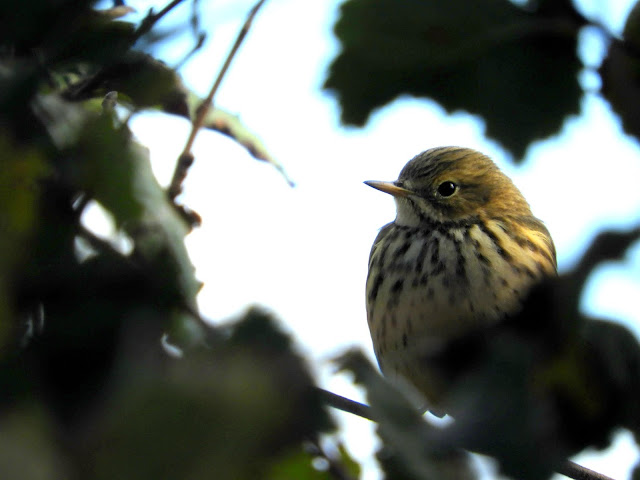 This Meadow Pipit flew out of the turnip field and straight into a hedge which, of course, made me think it might be something rarer. Then I remembered I was on Orcombe Point, and correctly guessed its identity before clapping eyes on it. 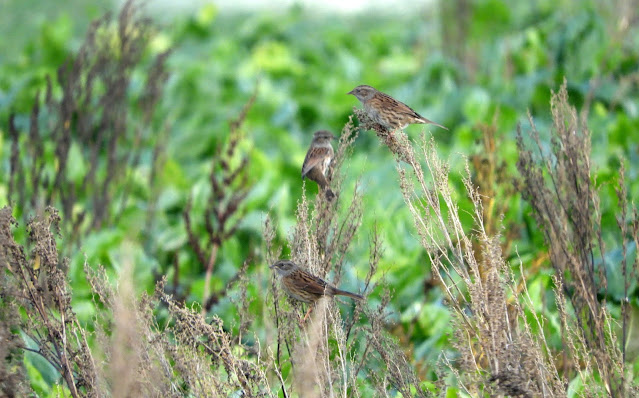 An increase in Dunnock numbers with several birds feeding in the turnip field. Stonechat numbers are down from 17 to just 4.
Posted by matt knott at 09:16