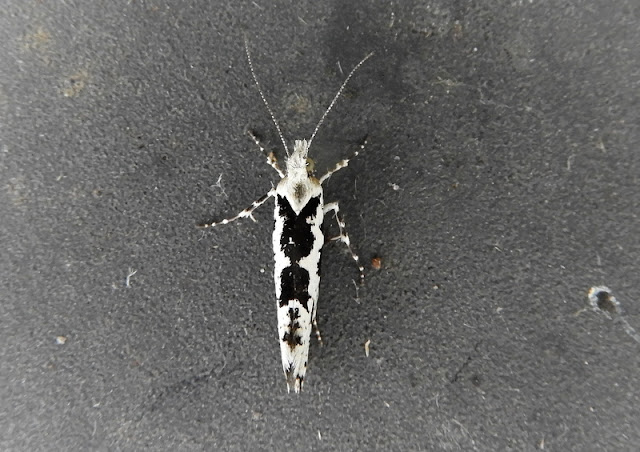 Pied Smudge Ypsolopha sequella - also known as the 'Playboy Bunny' moth. Not a rare species but one I've been looking forward to trapping. The foodplant is mainly Field Maple.
Nine Teal, 4 Wigeon and a Greenshank off Mudbank this morning. It was better yesterday with 6 Dunlin, 2 Greenshank, 9 Teal, 4 Redshank, 4 Mediterranean Gull (including a German-ringed bird and a juvenile), 4 Great Crested Grebe, 3 Wigeon and 23 Whimbrel. 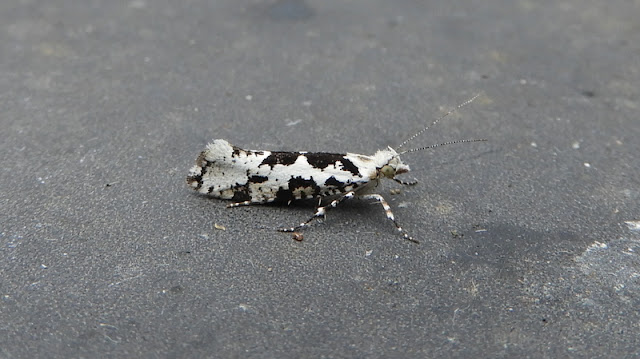 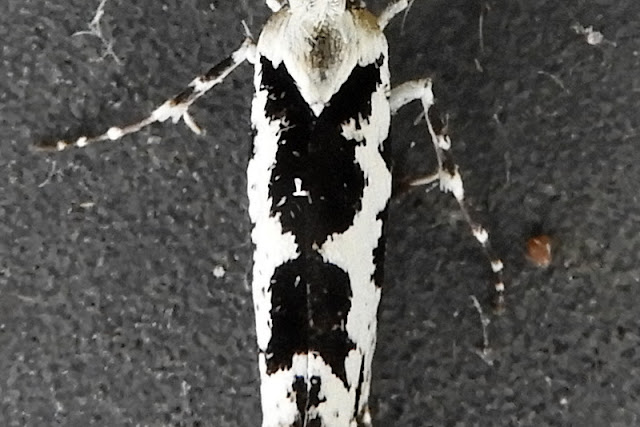 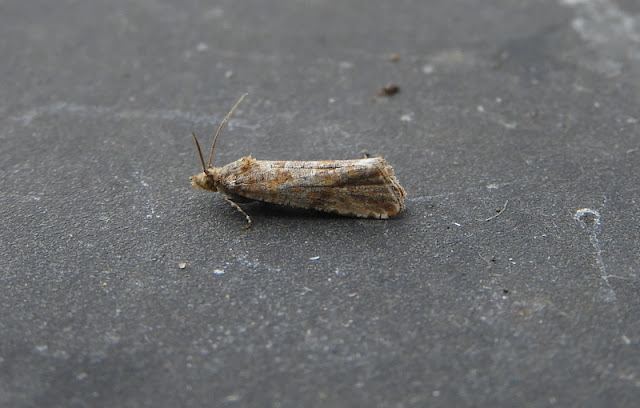 Shore Marble Lobesia littoralis - the foodplant is thrift so this is mainly a coastal species. 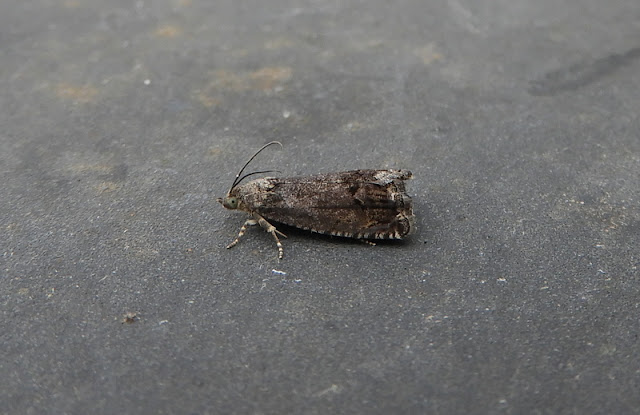 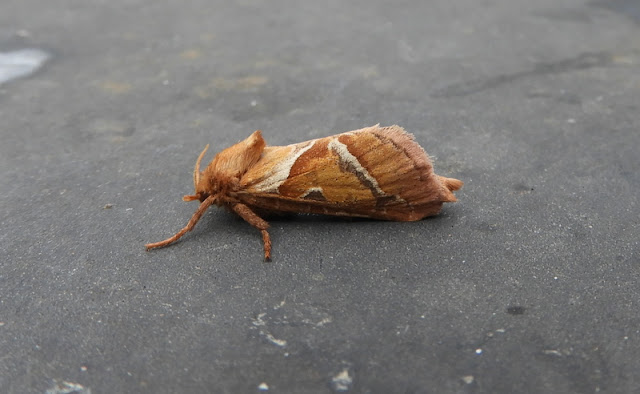 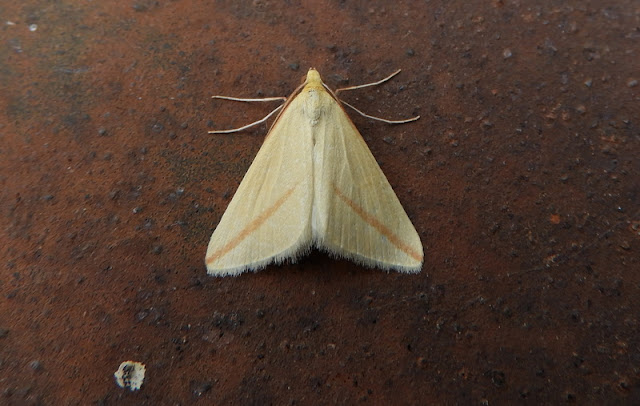 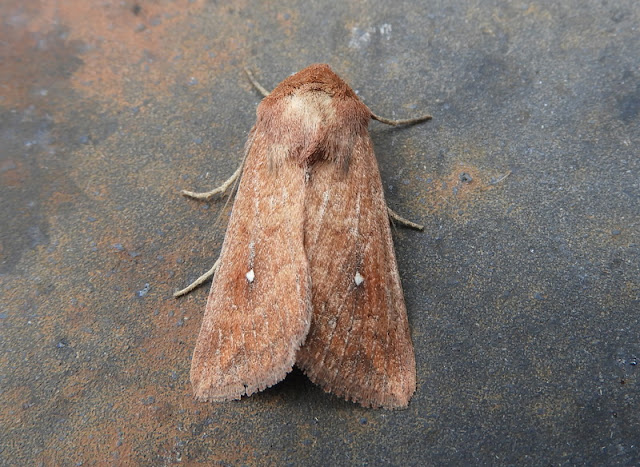 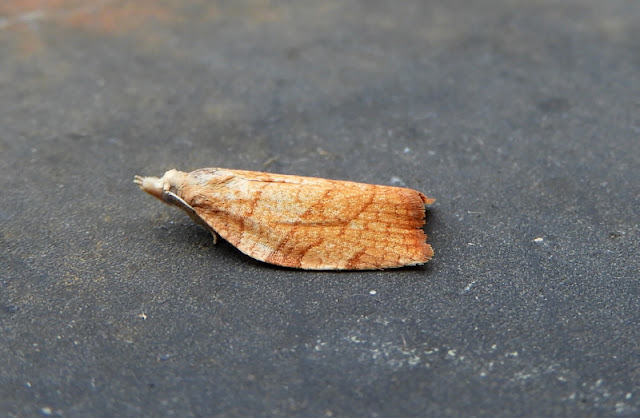 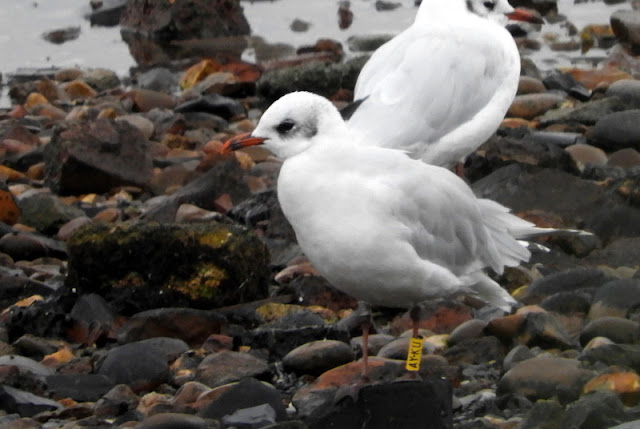