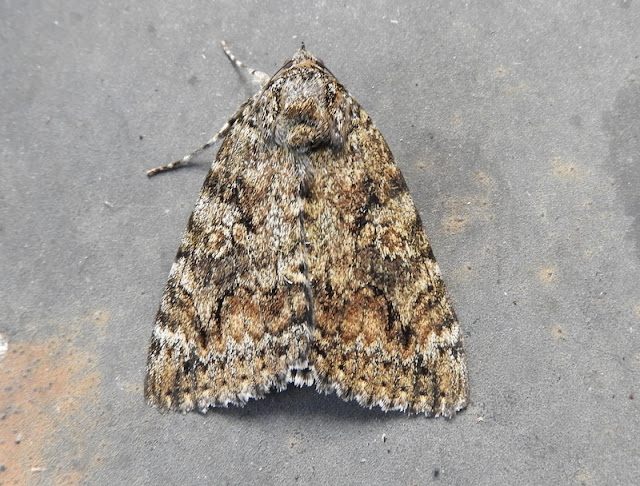 Dark Crimson Underwing - a new one for me but not totally unexpected. It's the third one to be recorded in Devon this week, but there have been many more further east. Am immigrant species and one which all 'mothers' should be on the look-out for as they can turn up pretty much anywhere.
Moths grabbed today's headlines, with very little in the way of migrant birds on Orcombe. Totals included just 3 Wheatear, 6 Swallow, 1 Stonechat, 2 Tree Pipit, 1 Willow Warbler, 3 Blackcap, 6 Whitethroat and 6 Chiffchaff.
Off Mudbank - 1 Green Sandpiper, 2 Common Sandpiper, 1 Greenshank, 1 Mediterranean Gull and 3 Wigeon.
Yesterday morning on Orcombe - my first Redstart of the year and 3 Tree Pipit. 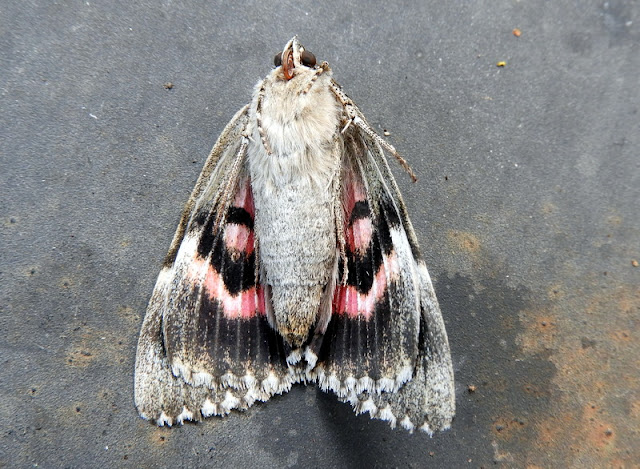 The Dark Crimson Underwing was quite willing to play dead (thanatosis) but less keen to reveal its crimson underwings... 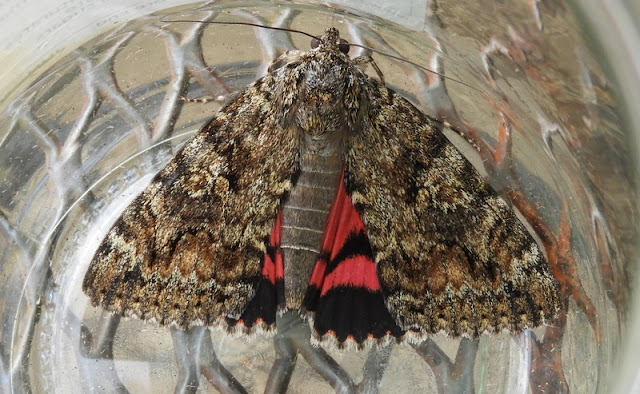 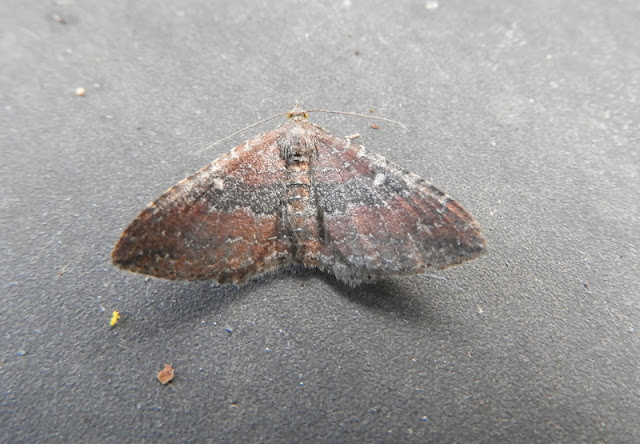 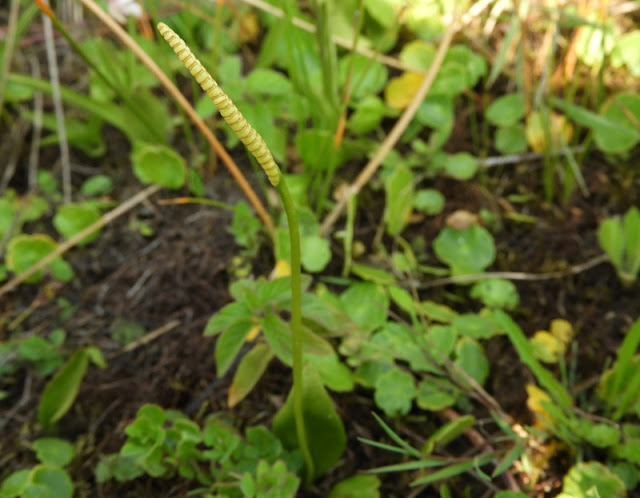 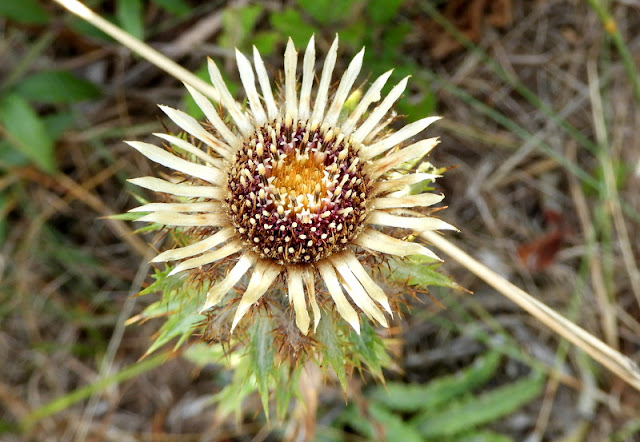 Carline Thistle - a very quick trip, in sweltering heat, to Dawlish Warren to see this yesterday. For some inexplicable reason it's one I really wanted to see. I now know why it took so long - it's small! 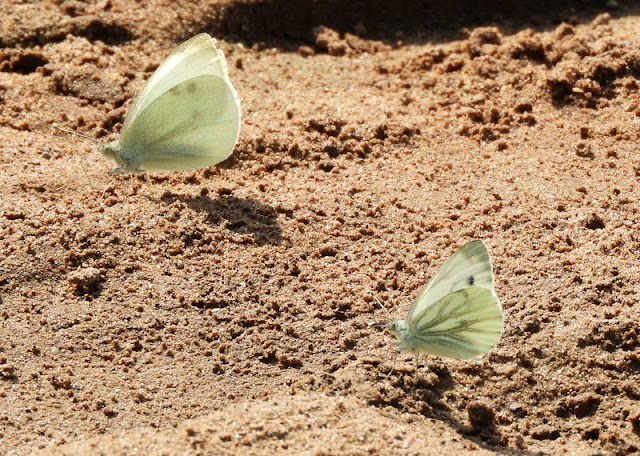 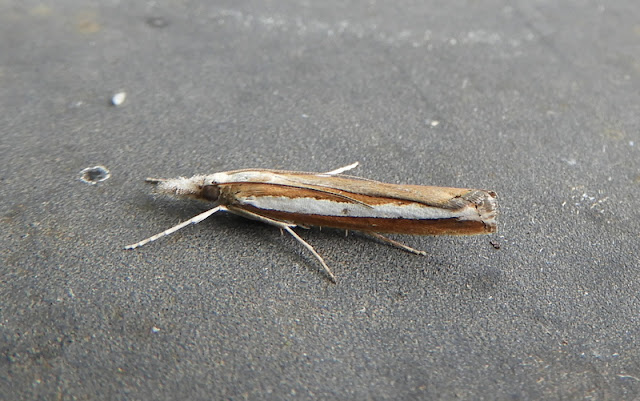 White-streak Grass-veneer Agriphila latistria - Nick trapped this beauty in Budleigh last night, and kindly popped in with it this afternoon. It's only my second, following one about a year ago that Nick also trapped. It's a very localised species that I've yet to record in Exmouth. 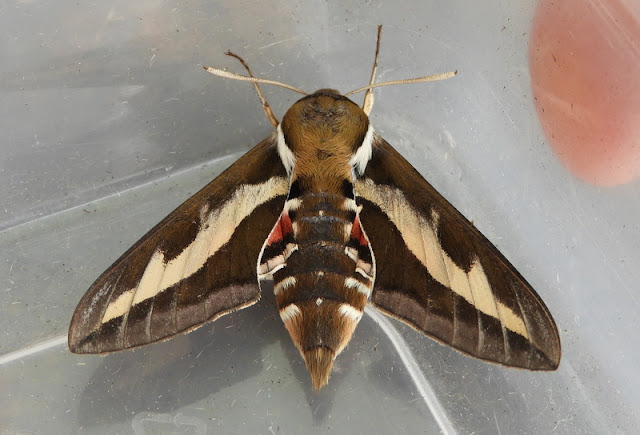 Nick also trapped this Bedstraw Hawkmoth last night. Incredibly it's a different individual to the one he trapped just over a week ago! He's noticed significant differences in the shape and thickness of the black underwing markings. Great work Nick and thank you for bringing it over.
Posted by matt knott at 08:33