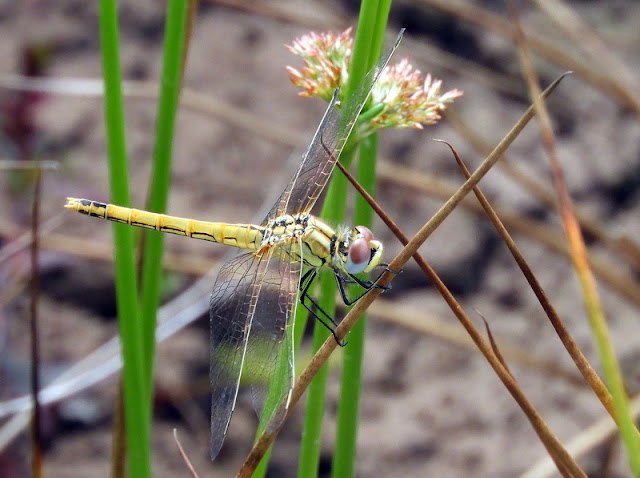 Red-veined Darter - newly emerged female (thank you to Dave Smallshire). At least 2, probably 3 found locally this afternoon. I've seen tonnes of these abroad but never seen them in the UK, being a new-comer to the world of dragons and damsels and all that.
Some late migration on Orcombe Point this morning with 1 Wheatear, and a singing Reed Warbler recorded. Also 3 Canada Goose and 3 Mute Swan on the move.
Off Mudbank - 1 Mediterranean Gull, 3 Whimbrel and 210+ Black-headed Gull. 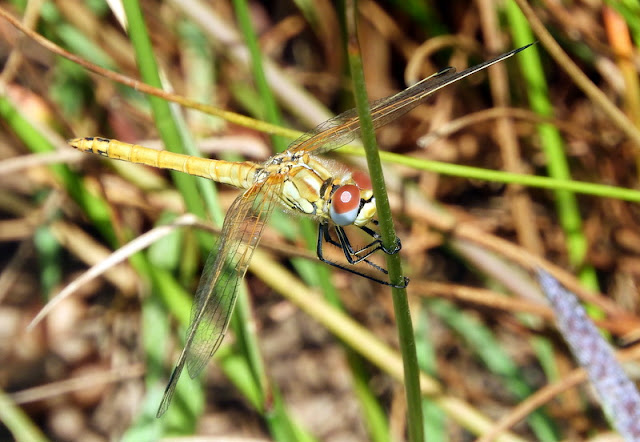 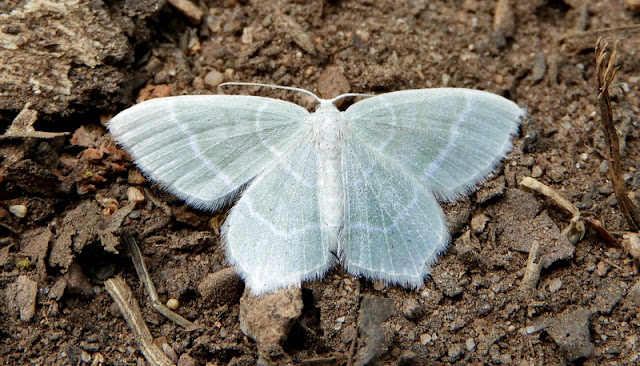 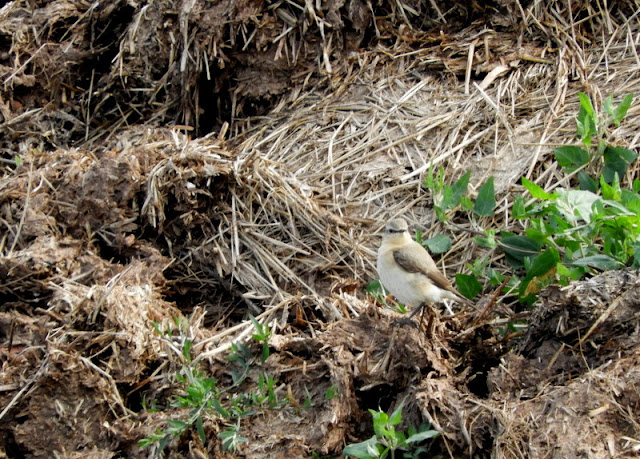 A late Wheatear on Orcombe Point this morning. 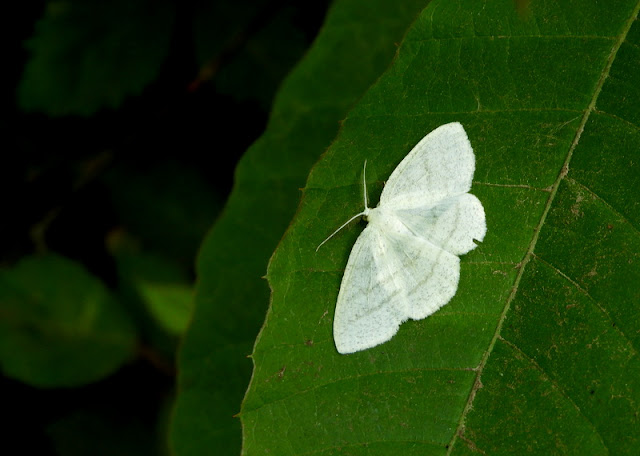 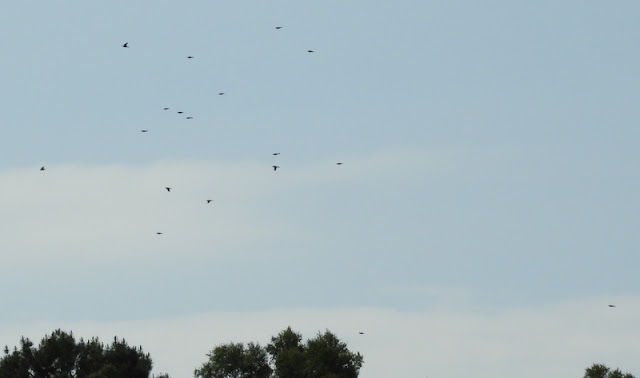 An 18-strong flock of Crossbill over Blackhill Quarry. A further 5 were seen on Lympstone Common. 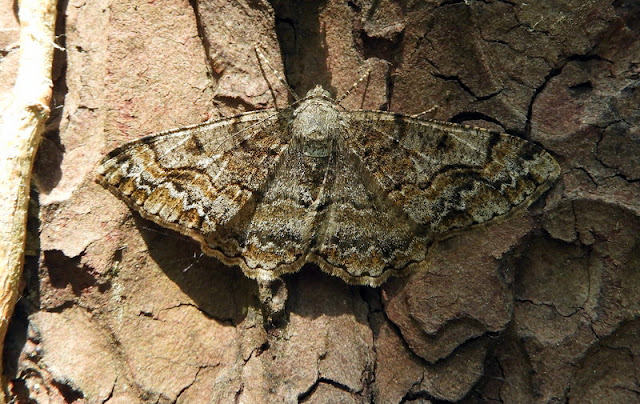 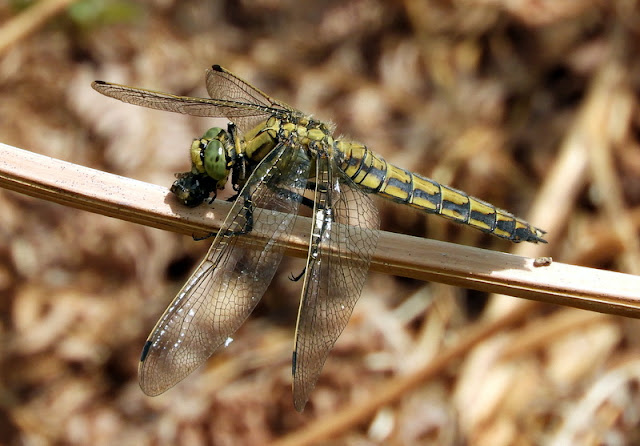 Black-tailed Skimmer with prey.
Posted by matt knott at 08:13