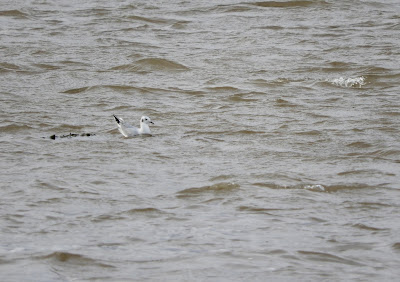 The adult Bonaparte's Gull showed well, albeit briefly, off Shelly Beach at 1430 this afternoon.
A good spell of birding mid-afternoon with the adult Bonaparte's Gull off Shelly Beach and, very shortly afterwards, a (presumed) juvenile Glaucous Gull which appeared overhead before ditching down on Bull Hill, where it remained with Great Black-backed Gulls. A Great Northern Diver was off there too and the Long-tailed Duck was scoped from the Quay as it fed off Warren Point. In the marina - the usual Guillemot and a Kingfisher.
A look off Maer Rocks early morning revealed the ever-present 3 immature drake Eider, 13+ Common Scoter, 1 Great Crested Grebe and my first Fulmar of the year - a single bird south.
Off Mudbank - 6 Goldeneye and 70+ Grey Plover.
A scoot round a few local sites yesterday produced 5 Great Northern Divers and the Long-tailed Duck from the Grove, a Firecrest behind the cricket club and off Maer Rocks - 3 Eider, 3+ Turnstone and at least 3 Purple Sandpiper.
The Sowden finch flock included c30/40+ Brambling and 10+ Reed Bunting. 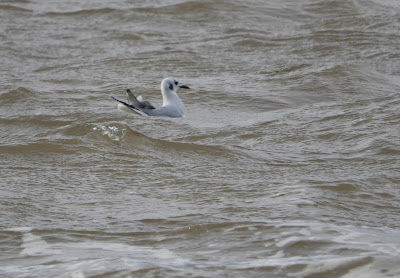 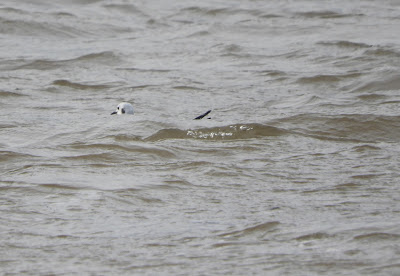 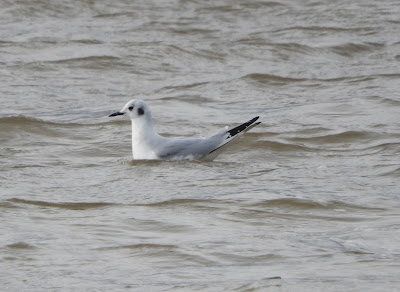 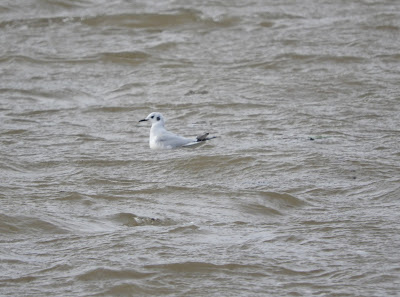 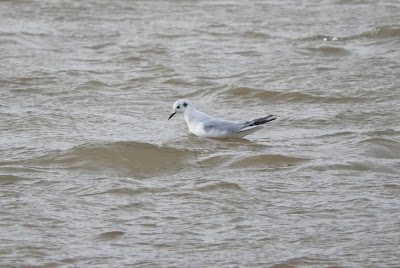 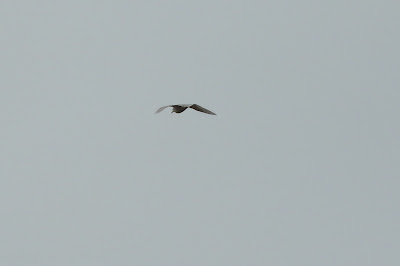 Glaucous Gull -picked up as it was almost directly overhead and 'snapped' as it headed for Bull Hill. Pretty sure it's a juvenile but didn't get a great view. 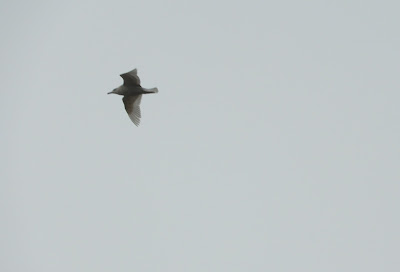 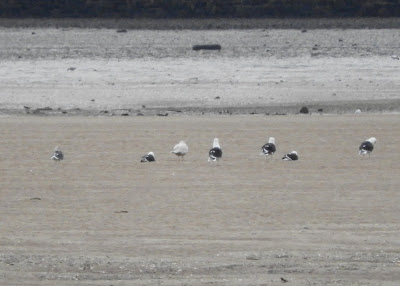 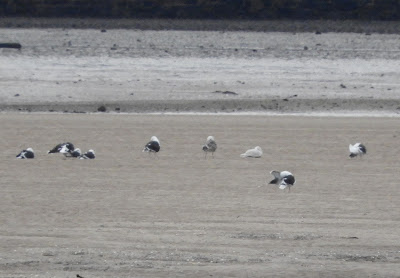 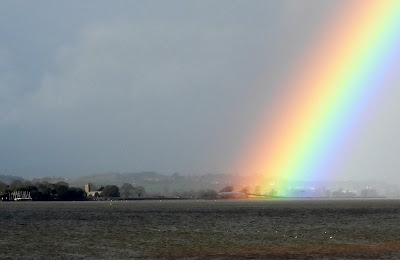 Powderham Church yesterday with a particularly intense rainbow - viewed from Mudbank.
Posted by matt knott at 09:14